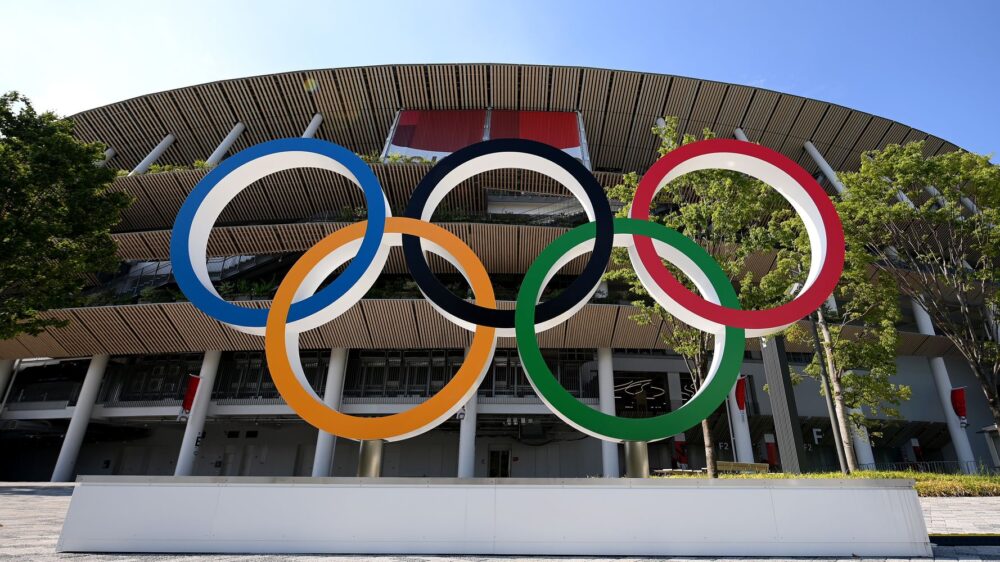 About 1 In 6 American Olympians In Tokyo Are Unvaccinated

TOKYO (AP) — About 100 of the 613 U.S. athletes descending on Tokyo for the Olympics are unvaccinated, the U.S. Olympic and Paralympic Committee’s medical chief said hours before Friday night’s opening ceremony.

Medical director Jonathan Finnoff said 567 of the American athletes had filled out their health histories as they prepared for the trip, and an estimated 83% had replied they were vaccinated.

“Eighty-three percent is actually a substantial number and we’re quite happy with it,” Finnoff said.

Nationally, 56.3% of Americans have received at least one dose of the vaccine, according to the Centers for Disease Control and Prevention.

The IOC has estimated around 85% of residents of the Olympic Village are vaccinated; that’s based that on what each country’s Olympic committee reports but is not an independently verified number.

The USOPC figure is more solid — based on questionnaires athletes were asked to fill out before they came to Japan. Finnoff said the committee is not differentiating its treatment of athletes based on whether they’re vaccinated.

“The best thing to do is to assume everyone’s at risk, and reduce risk by introducing COVID mitigation measures that we know work,” he said.

So far, two American athletes — beach volleyball player Taylor Crabb and Kara Eaker, an alternate on the gymnastics team — are known to have tested positive. The IOC has reported 13 positives among all athletes in Japan.

The vaccination rate was the biggest news to come out of an hourlong Q&A with USOPC leadership — a far different affair from the last pre-Olympic news conference. That one, at the Winter Olympics in Pyeongchang, was dominated by talk of the federation’s handling of sex-abuse cases in the wake of the trial of former team doctor Larry Nassar.

The USOPC leadership has almost completely turned over since then.

Part of the USOPC’s reboot involved deemphasizing the quest for medals and focusing more on athlete health and welfare. The U.S. has led the medals table at every Summer Games since 1996, the Olympics after the old Soviet team disbanded.

But Hirshland is well aware that her performance, and the team’s, will still be judged at some level on medals. “Is the U.S. coming here hoping to win a lot of medals? You bet we are,” Hirshland said.

All expectations, however, are tempered by the reality that a COVID outbreak could turn plans upside down.

“Athletes have adjusted to being comfortable being uncomfortable,” Adams said. “They’ve been experiencing it, and over the next 17 days, the expectation is to set expectations around things that could change.”