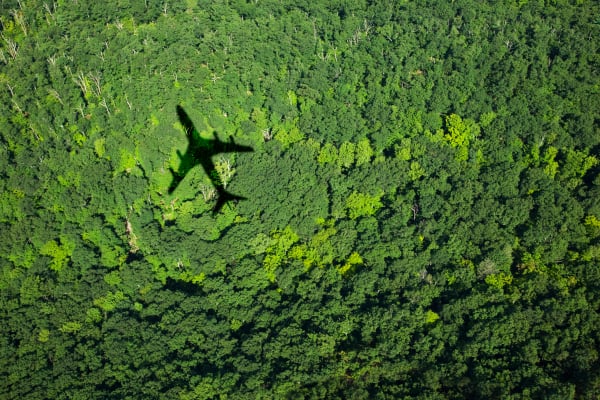 Restoring and preserving the world’s forests has long been considered one of the easiest, lowest-cost, and simplest ways to reduce the number of greenhouse gases in the atmosphere.

It’s by far the most popular method for corporations looking to take an easy first step on the long road to decarbonizing or offsetting their industrial operations. But in recent months, the efficacy, validity, and reliability of several forest offsets have been called into question thanks to some blockbuster reporting from Bloomberg.

It’s against this uncertain backdrop that investors are coming in to shore up financing for Pachama, a company building a marketplace for forest carbon credits that it says is more transparent and verifiable thanks to its use of satellite imagery and machine learning technologies.

That pitch has brought in $15 million in new financing for the company, which co-founder and chief executive Diego Saez Gil said would be used for product development and the continued expansion of the company’s marketplace.

Launched only one year ago, Pachama has managed to land some impressive customers and backers. No less an authority on things environmental than Jeff Bezos (given how much of a negative impact Amazon operations have on the planet*) gave the company a shoutout in his last letter to shareholders as Amazon’s outgoing chief executive. And the largest e-commerce company in Latin America, Mercado Libre, tapped the company to manage an $8 million offset project that’s part of a broader commitment to sustainability by the retailing giant.

That’s not even the complete list of the company’s backers. What’s made Pachama so successful, and given the company the ability to attract top talent from companies like Google, Facebook, SpaceX, Tesla, OpenAI, Microsoft, Impossible Foods, and Orbital Insights, is the combination of its climate mission applied to the well-understood forest offset market, said Saez Gil.

“Restoring nature is one of the most important solutions to climate change. Forests, oceans, and other ecosystems not only sequester enormous amounts of CO2 from the atmosphere, but they also provide critical habitat for biodiversity and are sources of livelihood for communities worldwide. We are building the technology stack required to be able to drive funding to the restoration and conservation of these ecosystems with integrity, transparency, and efficiency,” said Saez Gil. “We feel honored and excited to have the support of such an incredible group of investors who believe in our mission and are demonstrating their willingness to support our growth for the long term.”

Customers outside of Latin America are also clamoring for access to Pachama’s offset marketplace. Microsoft, Shopify, and SoftBank are also among the company’s paying buyers.

“Panama is working on unlocking the full potential of nature to remove CO2 from the atmosphere,” said Carmichael Roberts from BEV in a statement. “Their technology-based approach will have an enormous multiplier effect by using machine learning models for forest analysis to validate, monitor, and measure impactful carbon neutrality initiatives. We are impressed by the progress that the team has made in a short period and look forward to working with them to scale their unique solution globally.”

*Update: An Amazon spokesperson reached out to comment on Amazon’s investments to decarbonize its operations.

In September 2019, Amazon and Global Optimism co-founded The Climate Pledge, a commitment to reach the Paris Agreement 10 years early and be net-zero carbon by 2040. The pledge now has 105 signatories, including Unilever, Verizon, Siemens, Microsoft, and Best Buy. To reach its goal, Amazon will continue to reduce emissions across its operations by taking real business actions and establishing a path to power its operations with 100% renewable energy by 2025, five years ahead of the company’s original target of 2030; delivering its Shipment Zero vision to make all shipments net-zero carbon, with 50% net-zero carbon by 2030; purchasing 100,000 electric delivery vehicles, the largest order ever of electric delivery vehicles; and by investing $2 billion in the development of decarbonizing services and solutions through the Climate Pledge Fund.