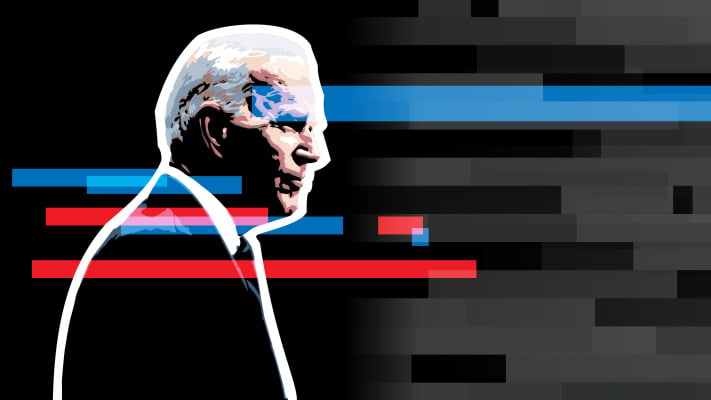 The Biden administration just introduced a sweeping, ambitious plan to forcibly inject competition into some consolidated sectors of the American economy — the tech sector prominent among them — through executive action.

The order, which Biden will sign Friday, initiates a comprehensive “whole-of-government” approach that loops in more than twelve different agencies at the federal level to regulate monopolies, protect consumers and curtail lousy behavior from some of the world’s most giant corporations.

In the fact sheet, the White House plans to take matters to regulate big business into its own hands at the federal level. As far as tech is concerned, that comes mainly through emboldening the FTC and the Justice Department — two federal agencies with antitrust enforcement powers.

Most notably for Big Tech, which is already bracing for regulatory existential threats, the White House explicitly asserts here that those agencies have legal cover to “challenge prior bad mergers that past Administrations did not previously challenge” — i.e., unwinding acquisitions that built a handful of tech companies into the behemoths they are today. The order calls on antitrust agencies to enforce antitrust laws “vigorously.”

Federal scrutiny will prioritize “dominant internet platforms, with particular attention to the acquisition of nascent competitors, serial mergers, the accumulation of data, competition by ‘free’ products, and the effect on user privacy.” Facebook, Google, and Amazon are particularly on notice here, though Apple isn’t likely to escape national attention either.

“Over the past 10 years, the largest tech platforms have acquired hundreds of companies — including alleged ‘killer acquisitions’ meant to shut down a potential competitive threat,” the White House wrote in the fact sheet. “Too often, federal agencies have not blocked, conditioned, or, in some cases, meaningfully examined these acquisitions.”

The biggest tech companies have regularly defended their longstanding strategy of buying up the competition by arguing that because those acquisitions went through without friction at the time, they shouldn’t be viewed as illegal in hindsight. In no uncertain terms, the new executive order clarifies that the Biden administration isn’t having any of it.

The White House also explicitly singles internet service providers for scrutiny, ordering the FCC to prioritize consumer choice and institute broadband “nutrition labels” that clearly state speed caps and hidden fees. The FCC began working on the labels in the Obama administration, but the work was scrapped after Trump took office.

The order also directly calls on the FCC to restore net neutrality rules, stripped in 2017 to the widespread horror of open internet advocates and most of the tech industry outside of the service providers that stood to benefit.

The White House will also tell the FTC to create new privacy rules meant to guard consumers against surveillance and the “accumulation of extraordinary amounts of sensitive personal information,” which free services like Facebook, YouTube, and others have leveraged to build their vast empires. The White House also taps the FTC to create rules that protect smaller businesses from being preempted by large platforms, which often abuse their market dominance with a different sort of data-based surveillance to out-compete up-and-coming competitors.

Finally, the executive order encourages the FTC to put right-to-repair rules in place that would free consumers from constraints that discourage DIY and third-party repairs. A new White House Competition Council under the director of the National Economic Council will coordinate the federal execution of the proposals laid out in the new order.

The antitrust effort from the executive branch mirrors parallel actions in the FTC and Congress. Biden has installed a fearsome antitrust crusader in Lina Khan, a young legal scholar and fierce Amazon critic in the FTC. She proposes a philosophical overhaul to how the federal government defines monopolies. Khan now leads the FTC as its chair.

In Congress, a bipartisan flurry of bills intended to rein in the tech industry is slowly wending their way toward becoming law, though plenty of hurdles remain. Last month, the House Judiciary Committee debated the six bills, crafted separately to help them survive opposing lobbying pushes from the tech industry. These legislative efforts could modernize antitrust laws, which have failed to keep pace with the modern realities of giant, internet-based businesses.

“Competition policy needs new energy and approaches so that we can address America’s monopoly problem,” Sen. Amy Klobuchar, a prominent tech antitrust hawk in Congress, said of the executive order. “That means legislation to update our antitrust laws, but it also means reimagining what the federal government can do to promote competition under our current laws.”

Citing the acceleration of corporate consolidation in recent decades, the White House argues that a handful of large corporations dominate across industries, including healthcare, agriculture, tech, and consumers, workers, and smaller competitors pay the price for their outsized success. The administration will focus antitrust enforcement on those corners of the market and evaluate the labor market and worker protections on the whole.