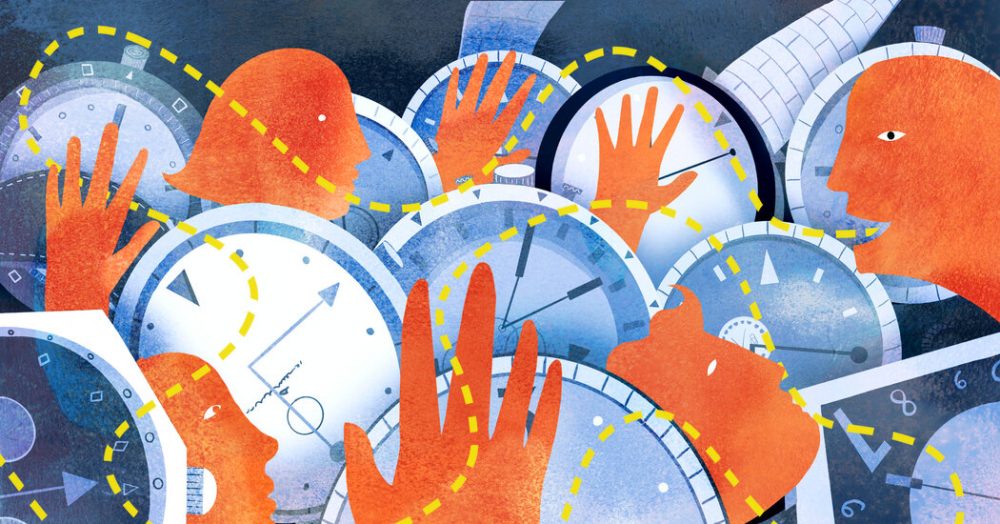 Can the Gleam of High-End Watches Thrive on Audio-Only Clubhouse?

It has been called the perfect social media platform for a pandemic and also a lockdown fad.

Clubhouse, the invitation-only social audio app valued at $1 billion, counts Elon Musk, Oprah Winfrey, and Drake as members. Brands in beauty, fashion, tech, travel, and luxury have been experimenting with the buzzy platform, and now it is catching the attention of the luxury watch industry.

But as that community begins to speak its mind, there are questions about Clubhouse’s relevance to luxury watchmaking’s physical, visual world and, more broadly, the app’s overall chances for success.

For now, Clubhouse offers only audio chat, with no content sharing. It is only available on Apple’s iPhone, and while you can download the free app, you can only use it if you are invited by a member.

And there is the likelihood it will soon be in competition with rival products from social media giants. Twitter is set to roll out Spaces this month, while Instagram has already responded with Live Rooms, which includes live video, but is limited to four speakers at any one time. Facebook is said to be developing its own platform, too.

Yet some watch brands say Clubhouse has the power to amplify their businesses.

“Clubhouse made a ton of sense to me,” said Christophe Grainger-Herr, I.W.C.’s chief executive, who has taken part in the brand’s weekly Clubhouse session, called “The Things That Make Us Tick,” since they began in late January.

“It’s talk radio but with the open room format, like Instagram Live, but with full interactivity,” he said. “That seemed attractive because you can connect to an audience worldwide, one-to-one. You have a directness and immediacy.”

“Way Too Much Hype”

In April 2020, Clubhouse was introduced in Apple’s App Store by an entrepreneur, Paul Davison, and a former Google engineer, Rohan Seth. The men had incorporated their California-based start-up, Alpha Exploration Co., only two months earlier.

The “interactive podcast” concept, as Clubhouse has been described, offers live, unrecorded chat in a virtual room. There are speakers, but moderators can invite audience members to take part. And audience members can leave the session whenever they like.

Clubhouse’s membership had grown by the end of the year, but not as fast as its reputation. In December, British Vogue published an article describing it as “the new FOMO-inducing social app.” And then, in January, it was reported that Andreessen Horowitz, the blue-chip venture capital firm that had been an initial investor, had put $100 million into Clubhouse, producing those $ 1 billion valuations.

The platform, however, continues to be a niche site. Reports say the app has been downloaded almost 13 million times. Yet even if all those people managed to get invitations and became users, the audience still would be tiny compared to Facebook, the world’s largest social network, which ended 2020 with a reported 2.8 billion monthly active users.

It also hasn’t made any money, as usage by both brands and audience members is free — at least for the moment.

With watch-focused chat rooms only gathering audiences in double, sometimes triple figures, some question why the likes of I.W.C. are bothering. “There is way too much hype around Clubhouse,” said David Sadigh, the chief executive of Digital Luxury Group, a specialist marketing agency. “It’s a great place if you have a topic you own and can offer a deep dive into that topic. But it’s not relevant for all brands at the moment.”

Still, Mr. Grainger-Herr said he already had completed many of the appointments he usually would have conducted during Watches and Wonders Geneva, which starts on Wednesday, so he can contribute to I.W.C.’s Clubhouse sessions during the event. He said they would be running “24/7.”

“Everybody Can Raise Their Hands”

Brands on the platform said their use was more about exploring new forms of social media than it was about reach. “One key part of our brand position is an inclusive luxury, to be open in our approach,” said Tim Sayler, chief marketing officer for Breitling. Last month, the brand, which has recently gone into gaming, started scheduling what it calls #Squadtalks on Thursdays, with speakers who discuss everything from aviation to the blockchain.

“On Clubhouse, everybody can raise their hands and participate,” Mr. Sayler said.

Dan Noël, a founder of the Swiss digital marketing agency Starterland, said Clubhouse could bring luxury brands and their consumers together. “Even people with money are looking for brands that represent something from a social point of view, that contribute,” he said. “There’s a shift. Customers want direct, authentic connections with brands. The clubhouse offers bidirectional communication.”

Julien Tornare, the chief executive at Zenith, one of the LVMH Group of watch companies, said his brand was using Clubhouse because it was “logistically much easier” than generating expensive video content for channels such as YouTube and Instagram. Mr. Tornare and his colleagues appear as themselves rather than the brand to reflect the platform’s more “personal” nature.

He also said he was far from convinced that Clubhouse would last but was worth the effort. “We have to be there,” he said. “Right now, it’s the one.”

The Clubhouse format presents challenges for luxury houses, just as the internet did for years after its acceptance by most businesses.

“The problem for luxury brands is that they are obsessed by look and feel,” Mr. Noël said. “Brands have to find a way of creating emotion with their words, which could be frightening for them. And it’s life, so a bad word could be really damaging.” (Shortly after Clubhouse’s debut, there were complaints that hate speech and harassment were proliferating. The app has since added blocking and reporting features.)

Mr. Tornare said he wasn’t worried about risks. “Some C.E.O.s are trying to avoid being exposed to the press or with a direct audience,” he said. “But I believe if you want to communicate, you have to take some risk at some point and be exposed. It’s part of the job. We have to be open to criticism.”

By and large, users of watch-related rooms reported courteous audience exchanges. “All the watch rooms I’ve been in have been civilized and respectful,” Andrew Carrier, a London-based watch enthusiast, wrote in an email.

Mr. Sayler of Breitling agreed. “On Clubhouse, I only see the constructive, polite, civilized conversation. Maybe that’s because of the by invitation only.”

Mr. Carrier said the informal nature of the platform appealed, too. “The audio-only and spontaneous nature of the experience means that brands have to drop the pretense and stuffiness that sometimes comes with more traditional marketing activities,” he wrote. “There’s no hierarchy in Clubhouse; we’re all just people with a slightly odd obsession with watches.”

Suzanne Wong, editor in chief of the watch website WorldTempus and co-founder of the weekly Clubhouse room WatchFemme, which aims to highlight women in the watch world, said she had similar experiences. “You can’t fake your profile, and you’re encouraged to connect your other accounts,” she said, referring to social media platforms. “When you make a comment in bad faith, you’re doing it in front of an audience who can see who you are. It limits trolls in that way.

“It’s like a town hall because when you come up to the microphone, people see who you are,” she added. “So you get a qualitative audience in that way. People aren’t logging in anonymously to troll. Instead, you get people who are genuinely interested.”

With Clubhouse yet to offer any insights into user behavior, watch brands and analysts said it was too early and audiences were too small to measure the effectiveness of Clubhouse as a marketing tool. And there were few signs that sessions were drawing in new watch buyers.

“I felt like I knew 60 to 70 percent of the audience,” Mr. Tornare said of a Clubhouse session that Zenith had hosted to mark a recent collaboration with the artist Felipe Pantone. “It’s a way to exchange on a subject you like, rather than to learn about watches.”

Mr. Noël of Starterland said the minor, intimate nature of Clubhouse could work to both the platform and users’ advantage. “It doesn’t mean that if you only have a few followers that you cannot have influence,” he said. “That’s one of the benefits of Clubhouse. You don’t need a big platform to show your values. Go into the rooms and create a club, not to sell your stuff, but to deliver your values to the audience.”

But will Clubhouse — and social audio in general — survive when people return to the office and enjoy life beyond their living rooms?

“My perception is that Clubhouse is trying to build a content platform and a platform for creators,” said Mr. Sadigh of D.L.G., referencing Clubhouse’s March announcement of a new accelerator program to help content creators build and monetize their audiences. “At some point, people will pay to be part of groups and exclusive conversations. And that goes way beyond Covid times.”

Mr. Noël said he believed social audio has something going for it. “Audio is probably the most frictionless way to communicate between humans, and the less friction you have in your communication, the more traction you will get,” he said. “Clubhouse is a direct connection between humans, emulating real life. And we know that when a social network emulates something in the real world, it’s a good sign it’s not a fad.”

But he sounded a warning. “If Clubhouse wants to exist 10 years from now, it will have to find a way to keep the traction and get some money from the model. And they will have to deliver metrics to brands and content creators.”

Others disagree. “So far, it’s an early-adopter platform,” Mr. Sadigh said. “The buzz is not reflected in the numbers. There are plenty of people joining, but how many are active? One percent are addicted, two percent use it a few times a week, but 97 percent sleep. Instagram and Facebook changed people’s habits so that even people who are not early adopters are checking their phones 20 times a day. We are far from this on Clubhouse.”