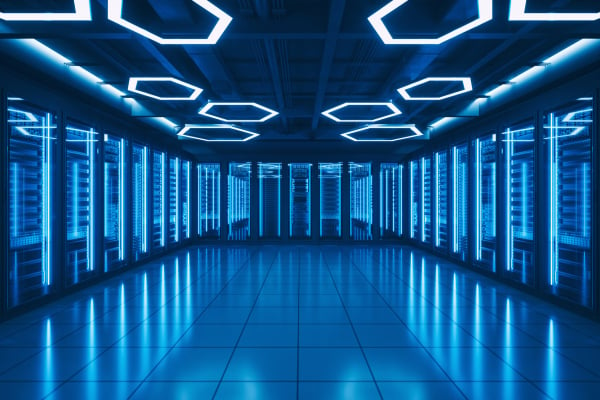 Conventional wisdom over the last year has suggested that the pandemic has driven companies to the cloud much faster than they ever would have gone without that forcing event, with some meaning it has compressed years of transformation into months. This quarter’s cloud infrastructure revenue numbers appear to be proving that thesis correct.

According to Synergy Research data, with The Big Three — Amazon, Microsoft, and Google — all reporting this week, the market generated almost $40 billion in revenue. That’s up to $2 billion from last quarter and up 37% over the previous year’s same period. Canalys’s numbers were slightly higher at $42 billion.

As you might expect if you follow this market, AWS led the way with $13.5 billion for the quarter, up 32% year over year. That’s a run rate of $54 billion. While that is an eye-popping number, what’s really remarkable is the yearly revenue growth, especially for a company with the size and maturity of Amazon. The law of large numbers would suggest this isn’t sustainable, but the pie keeps growing, and Amazon takes a substantial chunk.

Overall, AWS held steady with a 32% market share. While the revenue numbers keep going up, Amazon’s market share has remained firm for years at around this number. The other companies down market are gaining share over time, most notably Microsoft, which is now at around 20% share — good for about $7.8 billion this quarter.

Google continues to show signs of promise under Thomas Kurian, hitting $3.5 billion, suitable for 9% as it makes a steady march toward double digits. Even IBM had a positive quarter, led by Red Hat and cloud revenue, ideal for 5% or about $2 billion overall.

John Dinsdale, a chief analyst at Synergy, says that even though AWS and Microsoft have firm control of the market, that doesn’t mean there isn’t money to be made by the companies playing behind them.

“These two don’t have to spend too much time looking in their rearview mirrors and worrying about the competition. However, that is not to say that there aren’t some excellent opportunities for other players. Taking Amazon and Microsoft out of the picture, the remaining market generates over $18 billion in quarterly revenues and grows at over 30% per year. Cloud providers that focus on specific regions, services, or user groups can target several years of strong growth,” Dinsdale said in a statement.

Canalys, another firm that watches the same market as Synergy, had similar findings with slight variations, certainly close enough to confirm one another’s conclusions. They have AWS with 32%, Microsoft with 19%, and Google with 7%.

Canalys analyst Blake Murray says that there is still plenty of room for growth, and we will likely continue to see big numbers in this market for several years. “Though 2020 saw large-scale cloud infrastructure spending, most enterprise workloads have not yet transitioned to the cloud. Migration and cloud spending will continue as customer confidence rises during 2021. Large projects that were postponed last year will resurface, while new use cases will expand the addressable market,” he said.

The numbers we see are hardly a surprise anymore, and as companies push more workloads into the cloud, the numbers will continue to impress. The only question now is if Microsoft can continue to close the market share gap with Amazon.