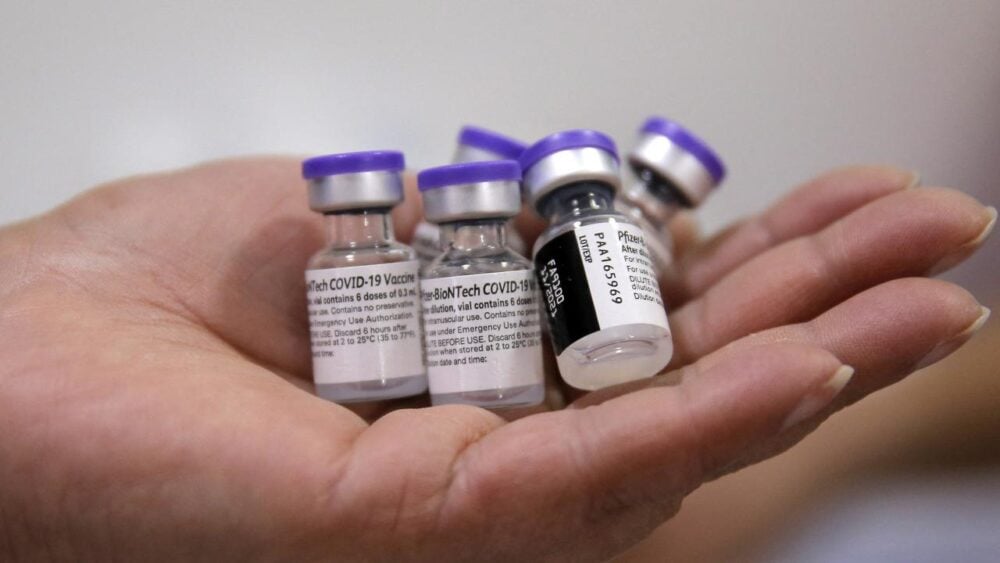 Another state will soon receive 150,000 more doses of the Pfizer vaccine, but it is unclear who will be able to access those jabs.

Victoria will soon have access to 150,000 more doses of the Pfizer vaccine after striking up a deal with the Prime Minister.

It comes as Victoria recorded 29 new cases on Saturday during the state’s sixth lockdown since the pandemic started.

“Last night, I was very pleased to be informed by the Prime Minister … that we will receive just under 150,000 additional doses of Pfizer,” he told reporters.

Mr. Andrews said the decision came after a request had been made by the federal cabinet and at an officer level before that.

The doses have been reallocated from a delivery planned for September.

“We’ll have announcements to make about where those extra doses will go and whether there’s any change to the way that the vaccine will be rolled out because we’ve got that supply,” Mr. Andrews said.

More than 22,000 jabs were administered on Friday.

Mr. Andrews also said the government would have more to say “quite soon” about making AstraZeneca vaccines available for people under the age of 60 at state-run vaccination hubs.

Younger Victorians can currently only get the AstraZeneca jab through GP clinics.

But Mr. Andrews said the state was not yet ready to offer the Pfizer vaccine to people under 40 because there were still insufficient supplies.

“Every death is a tragedy. Every death is terrible. But we’re not seeing this run wild through private sector aged care in Sydney as it did here in Melbourne, principally because those people in those age groups have been through the vaccination program.

“So starting with those who are at the highest risk was the right call, and I know it’s always hard to measure things that don’t happen, but I’m very pleased to see that even though they’ve got a terrible situation in Sydney, it’s not having the same tragic outcome that, of course, the virus had here last year.”

Asked if teachers would be prioritized when the additional Pfizer doses arrived, Mr. Andrews said the government would have more to say when the extra doses arrived.

“I’m not inviting you to assume they’re going to teachers,” he said.

“There’s literally hundreds, thousands of groups that can mount a really compelling argument.

This follows the announcement NSW would receive an additional 185,000 Pfizer vaccines to be directed to Sydney’s hot spot areas.