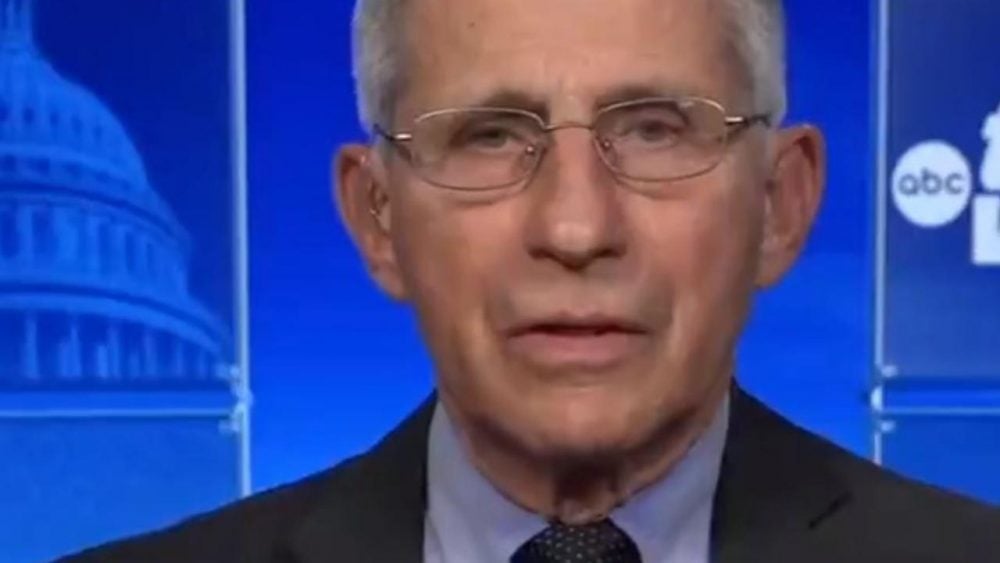 The top US infectious diseases expert has called on India to take drastic action to protect its citizens, and the world as the crisis spreads.

Scientists have lashed the Indian government for “squandering” its early successes in managing the COVID-19 outbreak in a blistering editorial in a top medical journal.

The article in The Lancet said that Prime Minister Narendra Modi’s attempt “to stifle criticism” as the crisis escalates was “inexcusable”.

It came as the top US infectious diseases expert Anthony Fauci said that India has “got to shut down” to take control of the devastating outbreak.

“You’ve got to shut down. I believe several of the Indian states have already done that, but you need to break the chain of transmission, and one of the ways to do that is to shut down,” the White House coronavirus adviser told the US ABC’s This Week on Sunday.

The director of the US National Institute of Allergy and Infectious Disease told CNN News18 on Friday that a lockdown of just weeks would help “break the chain of transmission” and bring down the number of cases so the nation can vaccinate more people and “get ahead of the trajectory of the outbreak.”

India has now reported 22.66 million cases, and 246,116 deaths with hospitals overwhelmed severe oxygen shortages, and trees felled in public parks to cope with an unprecedented surge in dead bodies and cremations. Hundreds of thousands of cases continue to be reported each day, and many believe the actual numbers are much higher.

“The scenes of suffering in India are hard to comprehend,” reads The Lancet article published on Saturday, which noted that health workers were exhausted and falling sick. At the same time, social media is full of desperate doctors and relatives seeking life-saving supplies.

“Yet before the second wave of cases of COVID-19 began to mount in early March, Indian Minister of Health Harsh Vardhan declared that India was in the ‘endgame’ of the epidemic,” the article reads.

The government’s COVID task force had not met in months before April and India’s leaders gave the impression “that India had beaten COVID-19 after several months of low case counts, despite repeated warnings of the dangers of a second wave and the emergence of new strains.”

The article said that modelling had falsely suggested India had reached herd immunity “encouraging complacency and insufficient preparation” while data suggested that only 21 per cent of the population had antibodies in January.

“At times, Prime Minister Narendra Modi’s Government has seemed more intent on removing criticism on Twitter than trying to control the pandemic,” the editorial reads.

“Despite warnings about the risks of superspreader events, the government allowed religious festivals to go ahead, drawing millions of people from around the country, along with huge political rallies — conspicuous for their lack of COVID-19 mitigation measures.”

It said this message that COVID “was essentially over” also slowed the vaccination rollout, with less than 2 per cent of the population currently vaccinated.

The article claimed that a lack of communication with state governments had led to “mass confusion” with states such as Uttar Pradesh and Maharashtra much worse hit than others.

It said India now urgently needed to fix its “botched vaccination campaign”, reduce transmission as much as possible while the vaccine is rolled out and own up to its mistakes.

The Lancet article warned that the Institute for Health Metrics and Evaluation had predicted a “staggering” million deaths by August 1, and that if this were to happen, the Modi administration would be responsible for a “a self-inflicted national catastrophe”.

The disaster in India, one of the world’s largest vaccine-manufacturing nations, has also put Africa’s recovery in jeopardy.

“The vaccines situation is extremely complex now because of the situation in India,” said Cameroonian virologist John Nkengasong, director of the Africa Centres for Disease Control and Prevention, the African Union’s health watchdog.

“We are hoping that there will be a continuous supply of vaccines through Covax from India, but we are watching in total horror and disbelief what is going on in India and we don’t expect that vaccines will be shipped out of India anytime soon.”

Africa has been spared the worst of the pandemic so far with just over 124,000 deaths officially recorded and 4.6 million cases, but its overcrowded cities, slums and fragile health system mean it faces many of the same challenges that caused India’s destructive wave.

Share
Google begins surfacing vaccine centers, hospital beds, oxygen info in India – TechCrunch Previous post
When It Comes to Taxes, Being Tracked Can Be a Good Thing Next post