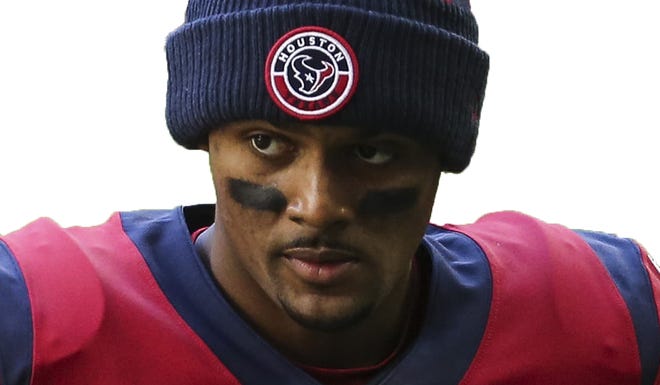 Deshaun Watson’s attorney issued a lengthy statement Tuesday defending his client against allegations of sexual misconduct and assault that have been levied against him by 16 women in civil lawsuits over the past week.

Watson’s attorney, Rusty Hardin, said in the statement that he believes “any allegation that Deshaun forced a woman to commit a sexual act is completely false.”

“I want to emphasize at the outset that Deshaun and we recognize that sexual assault and harassment are not only unlawful but morally wrong,” Hardin said in the statement.

“It takes courage for women to come forward to report being mistreated, particularly when they attach their names to a lawsuit. We do not take these allegations lightly. However, fairness to the accused is equally as important.”

Hardin described the attorney representing the 16 women, Tony Buzbee, as having “orchestrated a circus-like atmosphere” by using social media to publicize the lawsuits. He also said Buzbee has refused to confidentially disclose the women’s identities, preventing Hardin’s team from thoroughly investigating the claims.

They have been able to independently identify one of the women, according to Hardin, and have determined that she attempted to “blackmail” Watson in January.

“In January of this year, a woman attempted to blackmail Deshaun by demanding $30,000 in exchange for her ‘indefinite silence’ about what she stated was a consensual encounter,” Hardin said in the statement. “… This calls into question the legitimacy of the other cases as well.”

Buzbee did not immediately reply to an email seeking comment.

Watson, 25, broadly denied wrongdoing in a statement released last week before the first lawsuit was publicly available. He has not been charged with a crime or suspended by the NFL.

Last week, the league confirmed that it is investigating the matter under the auspices of its personal conduct policy.

The unnamed women – many of whom are described as massage therapists or estheticians – claim in the lawsuits that Watson exposed himself, touched them with his genitals, kissed them, or forced them to perform oral sex during a massage session. The alleged incidents occurred between March 30, 2020, and March 4, 2021.

In a news conference last week, Buzbee said that his firm’s next step would be to submit information and evidence to Houston police and the Harris County District Attorney’s Office – the first steps toward the potential filing of criminal charges. Buzbee did not reply to an email inquiry earlier Tuesday about whether that had occurred.

Dane Schiller, a spokesperson for the district attorney’s office, said in a statement Monday that “it would be inappropriate for a District Attorney’s Office to comment anyway on a civil lawsuit, and we refrain from publicly discussing allegations in any matter until and if a criminal charge is filed.”

“We do this out of fairness to all,” Schiller continued.