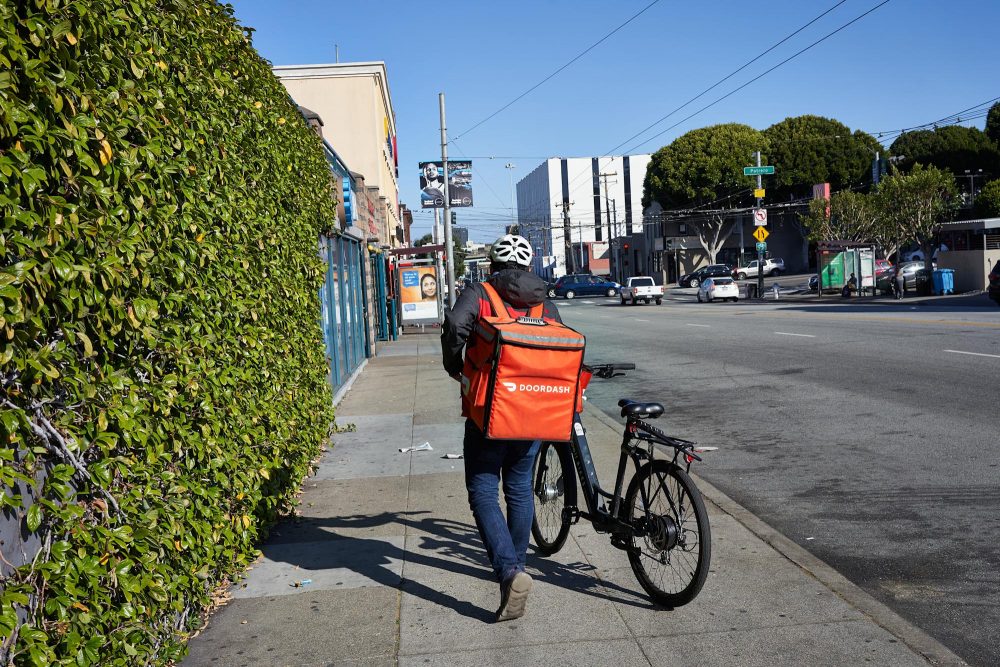 This story is breaking and being updated.

DoorDash (DASH) posted a first-quarter earnings report on Thursday that vastly surpassed Wall Street’s expectations, with the company demonstrating that the boost it got from COVID-19 demand has staying power beyond the pandemic.

The company reported revenue that skyrocketed 198 percent compared to a year ago, to $1.08 billion, and total orders soared 219 percent year-over-year, to $329 million. The results sent its stock on a tear after hours, which was up over 10%.

Here’s what the San Francisco-based company reported, compared to Wall Street estimates, according to a Bloomberg consensus estimate:

Although its loss was more comprehensive than Wall Street estimates, gross order volume spiked 222 percent to $9.9 billion, topping expectations of $8.96 billion, and first-quarter profit increased 736% compared to a year ago. The results solidified DoorDash’s dominance in the increasingly competitive delivery industry.

“Our outlook for both the second quarter and 2021 anticipates the successful rollout of COVID-19 vaccines and an associated increase in in-store dining rates, as well as a seasonal decline in order rates associated with the warmer summer months,” the company said shared in a note to investors.

“While we observed encouraging trends in the first quarter, we caution investors that the outlook for 2021 remains highly uncertain as consumer behavior could deviate from the expectations included in our guidance,” it added.

Wall Street watchers, like Wells Fargo Securities senior analyst Brian Fitzgerald, expected DoorDash to continue to entrench itself with users. “We expect the strong brand is going to continue to resonate,” Fitzgerald told told Yahoo Finance recently. He cited DoorDash app use that remained elevated in the months of January, February, March and April of 2021.

Compared to competitors like Grubhub (GRUB) and Uber Eats (UBER), Fitzgerald added DoorDash is “unique” due to its high growth and its profitability, noting it has “national market share leadership.” He also suggested that takeout or delivery have “become essential” to the way people live —and it might be here to stay.

During the pandemic, the U.S. economy saw “macro shifts in secular growth and it’s a one way ratchet…when the macro situation ameliorates or dissipates, you don’t go back to necessarily the old way of doing things when you found a more efficient way to do stuff,” the analyst explained.

Meanwhile, Steven Fox of Fox Advisors Founder & CEO told Yahoo Finance he is keeping a close eye on the new fee structure for restaurants announced in late April, as local restaurants and customers plan for life after COVID-19 lockdowns.

He’s also keeping a close eye on courier availability, as the company looks to compete with others in the gig economy space like Lyft (LYFT) and Uber.

“If you have a car and you’re in the gig economy, and maybe you’ve been doing more with DoorDash,” a driver can make good money doing both ride sharing and delivery, he explained.