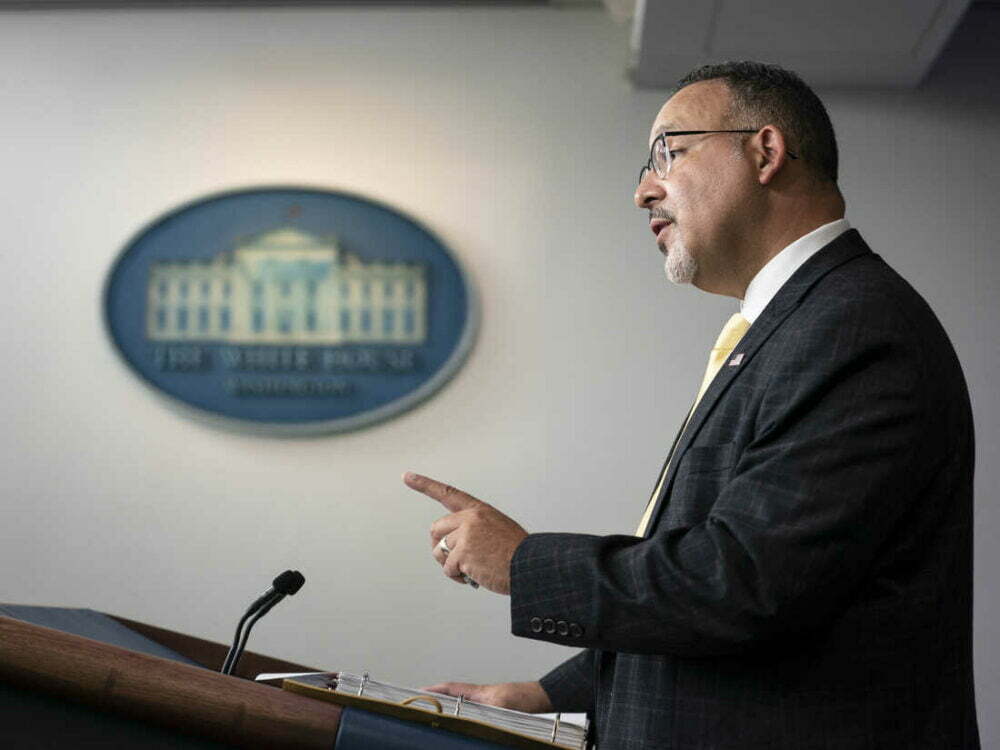 Secretary of Education Miguel Cardona said Sunday that his department is prepared to use its civil rights division to investigate school bans on face mask mandates ― the Biden administration’s latest effort to combat anti-mask policies that have enabled the spread of COVID-19’s highly transmissible delta variant. 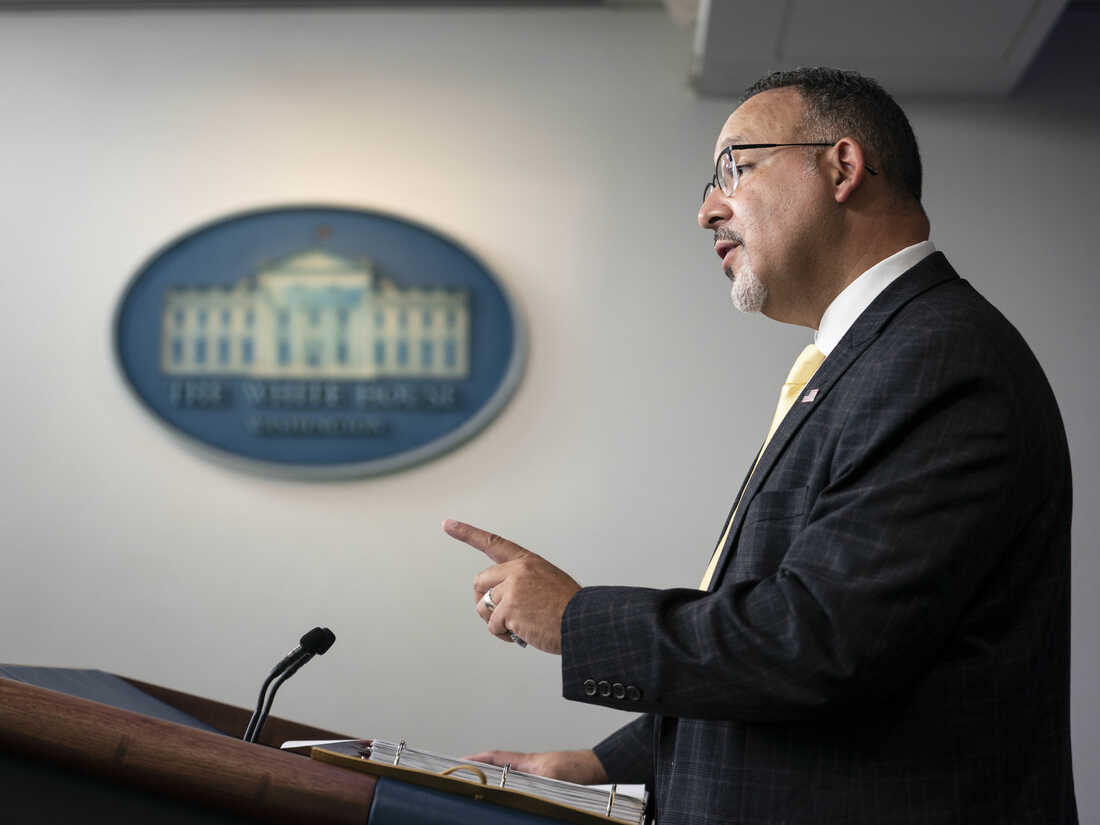 Speaking to Chuck Todd on NBC’s “Meet the Press,” Cardona went into detail about his conversation with President Joe Biden regarding the idea of using the Education Department’s Office of Civil Rights as a way to probe schools that are putting students’ health at risk by banning mask requirements.

Todd cited some local districts in Illinois where officials want to defy Gov. J.B. Pritzker’s statewide mask mandate for schools, to which Cardona replied: “We know what works best.”

“We are prepared to launch investigations with our Office for Civil Rights to ensure that all students have access to this fundamental right of education. And, sadly, we’re talking about this now,” the secretary said. “We’re going to use our Office for Civil Rights to investigate any claims that come forward to make sure that students’ rights are kept. And we’re also going to ensure that the funds are available to those districts that are doing the right thing to make sure students come in safely.”

.@SecCardona: “We are prepared to launch investigations with our Office for Civil Rights to ensure that all students have access to this fundamental right of education. And it’s sad that we’re talking about this now.”

The department’s civil rights division could draw on the Rehabilitation Act of 1973, which under Section 504 says that students are entitled to a free and appropriate public education. The office could also cite Title IV of the Civil Rights Act of 1964, which prohibits discrimination in public schools ― something that the Education Department could argue a district is doing by preventing some students from protecting their health because other students won’t wear a mask.

Todd asked what the consequences would be if such a civil rights investigation found that a school district discriminated against students trying to protect themselves from COVID-19. In particular, he asked whether the Education Department would deny federal funding to that district. While Cardona did not specifically say what the punishment would be, he shot down the idea of withholding federal funds.

“You know, at the end of the day, when we talk about withholding funds, those who suffer are the students. So we want to make sure that we’re communicating that with them,” Cardona said. “Withholding funds don’t usually work. If anything, it adds insult to injury to these students trying to get into the classroom and to these parents who have repeatedly told me, ‘I just want my children back in school. That’s where they learn best.'”

“I’ve spoken to parents of students with disabilities, and I’ve spoken to students. In the last week and a half, two weeks, I’ve spoken to athletes in Kansas and New York. They just want to go back to school safely,” he continued. “Let’s get politics out of the way. Let the educational leaders and health experts make the decisions around how to keep students and staff safe.”

Many school districts face a dilemma after various Republican governors, particularly in the South, imposed bans on mask mandates, arguing that parents should be able to choose whether their child wears a mask to school.

Some districts have sued their governors, and an increasing number are defying bans by instituting their own mask mandates to protect students and teachers as COVID-19 cases. Hospitalizations climb ― particularly among children, many of whom fall within the age group not yet eligible for the vaccine.

WATCH: Education Sec. Miguel Cardona says schools in states with anti-mask mandate rules can’t be denied federal funds.@SecCardona: “They do not have to get the green light from [their] governor to use these funds.” pic.twitter.com/jUUkc9ZfOl

On Wednesday, Biden directed Cardona to support local school districts and superintendents to implement mask mandates and other public safety measures. This includes ensuring districts can use federal funds to provide a safe classroom environment in states like Florida, which has threatened to pull state funding and superintendent salaries from schools that impose mask mandates.

“This was approved by Congress, so [school districts] do have access to federal funds that they can draw down at any moment to make sure that schools are opening safely and that our students and staff have the confidence of returning to in-person learning,” Cardona said Sunday. “They do not have to get the green light from the governor to use these funds. They’re made available to them. And I called these superintendents personally to let them know that.”