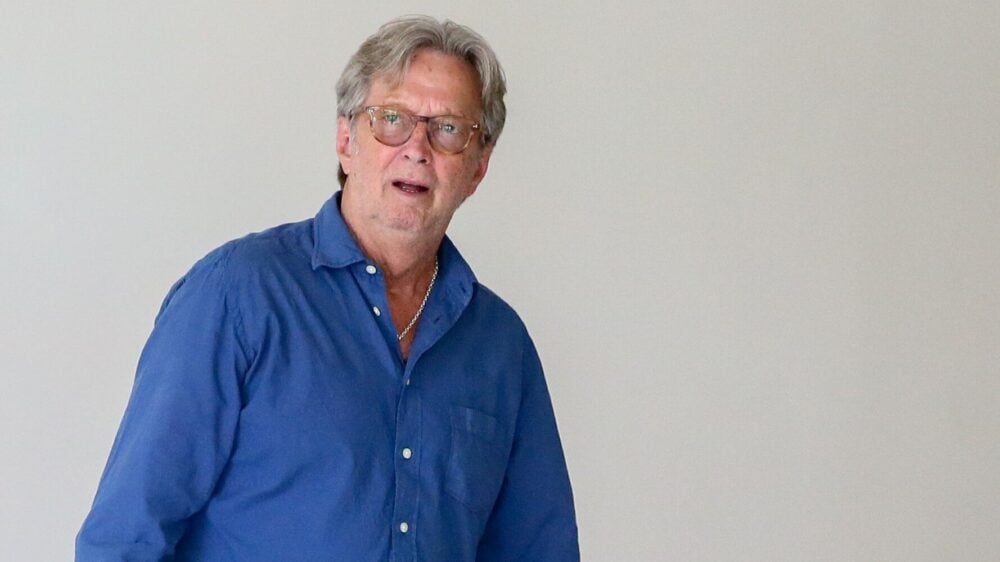 The veteran musician donated about $1,300 and used his touring van to the U.K. group Jam for Freedom, whose lyrics include, “You can stick your poison vaccine up your arse.” Clapton also forked over an undisclosed sum so the band could buy a new van, Rolling Stone reported Sunday.

Jam for Freedom founder Cambel McLaughlin thought the Clapton entry was a joke, but he told Rolling Stone he got a text from Slowhand himself.

“It was something complimentary, along the lines of, ‘Hey, it’s Eric — great work you’re doing,’” McLaughlin told the magazine.

The two eventually connected by phone, and Clapton offered his touring van and an undisclosed chunk of cash so the band could purchase new wheels. He also said he might sit in with the group at one point.

Clapton made news in July by declaring he wouldn’t perform at venues where vaccines are required. He called the mandate discriminatory, defying British Prime Minister Boris Johnson’s order that concert sites and nightclubs require proof of inoculation. He later appeared to create an anti-vaccine song.

He recently appeared to break his vow of canceling shows that require vaccination. He played to a crowd in New Orleans where at least one shot or a negative COVID test was needed.