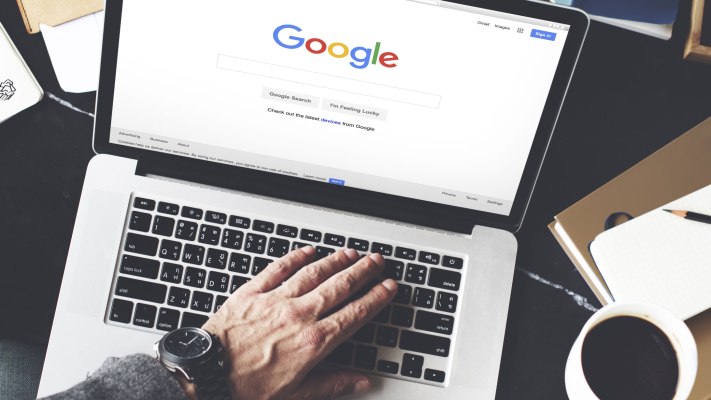 EU antitrust authorities are finally taking a broad and deep look into Google’s adtech stack and role in the online ad market — confirming today that they’ve opened a formal investigation.

Google has already been subject to three major EU antitrust enforcement over the past five years — against Google Shopping (2017), Android (2018), and AdSense (2019). But the European Commission has avoided officially wading into the broader issue of its role in the adtech supply chain. (The AdSense investigation focused on Google’s search ad brokering business, though Google claims the latest probe represents that next stage of that 2019 inquiry, rather than stemming from a new complaint).

Display advertising spending in the EU in 2019 was estimated to be approximately €20BN, per the Commission.

“The formal investigation will notably examine whether Google is distorting competition by restricting access by third parties to user data for advertising purposes on websites and apps while reserving such data for its own use,” it added in a press release.

Earlier this month, France’s competition watchdog fined Google $268M in a case related to self-preferencing within the adtech market — which the watchdog found constituted an abuse by Google of a dominant position for ad servers for website publishers and mobile apps.

In that instance, Google sought a settlement — proposing a number of binding interoperability agreements which the watchdog accepted. So it remains to be seen whether the tech giant may seek to push for a similar outcome at the EU level.

There is one cautionary signal in that respect in the Commission’s press release which makes a point of flagging up EU data protection rules — and highlighting the need to take into account the protection of “user privacy”.

That’s an interesting side-note for the EU’s antitrust division to include, given some of the criticism that France’s Google adtech settlement has attracted — for risking cementing abusive user exploitation (in the form of adtech privacy violations) into the sought for online advertising market rebalancing.

Or as Cory Doctorow neatly explains it in this Twitter thread: “The last thing we want is competition in practices that harm the public.”

Aka, unless competition authorities wise up to the data abuses being perpetuated by dominant tech platforms — such as through enlightened competition authorities engaging in close joint-working with privacy regulators (in the EU this is, at least, possible since there’s regulation in both areas) — there’s a very real risk that antitrust enforcement against Big (ad)Tech could simply supercharge the user-hostile privacy abuses that surveillance giants have only been able to get away with because of their market muscle.

So, tl;dr, ill-thought through antitrust enforcement actually risks further eroding web users’ rights… and that would indeed be a terrible outcome. (Unless you’re Google; then it would represent successfully playing one regulator off against another at the expense of users.)

The last thing we want is competition in practices that harm the public – we don’t want companies to see who can commit the most extensive human rights abuses at the lowest costs. That’s not something we want to render more efficient.https://t.co/qDPr6OtP90

The need for competition and privacy regulators to work together to purge Big Tech market abuses has become an active debate in Europe — where a few pioneering regulators (like German’s FCO) are ahead of the pack.

The UK’s Competition and Markets Authority (CMA) and Information Commissioner’s Office (ICO) also recently put out a joint statement — laying out their conviction that antitrust and data protection regulators must work together to foster a thriving digital economy that’s healthy across all dimensions — i.e. for competitors, yes, but also for consumers.

A recent CMA proposed settlement related to Google’s planned replacement for tracking cookies — aka ‘Privacy Sandbox’, which has also been the target of antitrust complaints by publishers — was notable in baking in privacy commitments and data protection oversight by the ICO in addition to the CMA carrying out its competition enforcement role.

It’s fair to say that the European Commission has lagged behind such pioneers in appreciating the need for synergistic regulatory joint-working, with the EU’s antitrust chief roundly ignoring — for example — calls to block Google’s acquisition of Fitbit over the data advantage it would entrench, in favor of accepting a few ‘concessions’ to waive the deal through.

So it’s interesting to see the EU’s antitrust division here and now — at the very least — virtue signalling an awareness of the problem of regional regulators approaching competition and privacy as if they exist in firewalled silos.

Whether this augurs the kind of enlightened regulatory joint working — to achieve holistically healthy and dynamic digital markets — which will certainly be essential if the EU is to effectively grapple with surveillance capitalism very much remains to be seen. But we can at least say that the inclusion of the below statement in an EU antitrust division press release represents a change of tone (and that, in itself, looks like a step forward…):

“Competition law and data protection laws must work hand in hand to ensure that display advertising markets operate on a level playing field in which all market participants protect user privacy in the same manner.”

Returning to the specifics of the EU’s Google adtech probe, the Commission says it will be particularly examining:

Commenting on the investigation in a statement, Commission EVP and competition chief, Margrethe Vestager, added:

“Online advertising services are at the heart of how Google and publishers monetise their online services. Google collects data to be used for targeted advertising purposes, it sells advertising space and also acts as an online advertising intermediary. So Google is present at almost all levels of the supply chain for online display advertising. We are concerned that Google has made it harder for rival online advertising services to compete in the so-called ad tech stack. A level playing field is of the essence for everyone in the supply chain. Fair competition is important — both for advertisers to reach consumers on publishers’ sites and for publishers to sell their space to advertisers, to generate revenues and funding for content. We will also be looking at Google’s policies on user tracking to make sure they are in line with fair competition.”

Contacted for comment on the Commission investigation, a Google spokesperson sent us this statement:

“Thousands of European businesses use our advertising products to reach new customers and fund their websites every single day. They choose them because they’re competitive and effective. We will continue to engage constructively with the European Commission to answer their questions and demonstrate the benefits of our products to European businesses and consumers.”

Google also claimed that publishers keep around 70% of the revenue when using its products — saying in some instances it can be more.