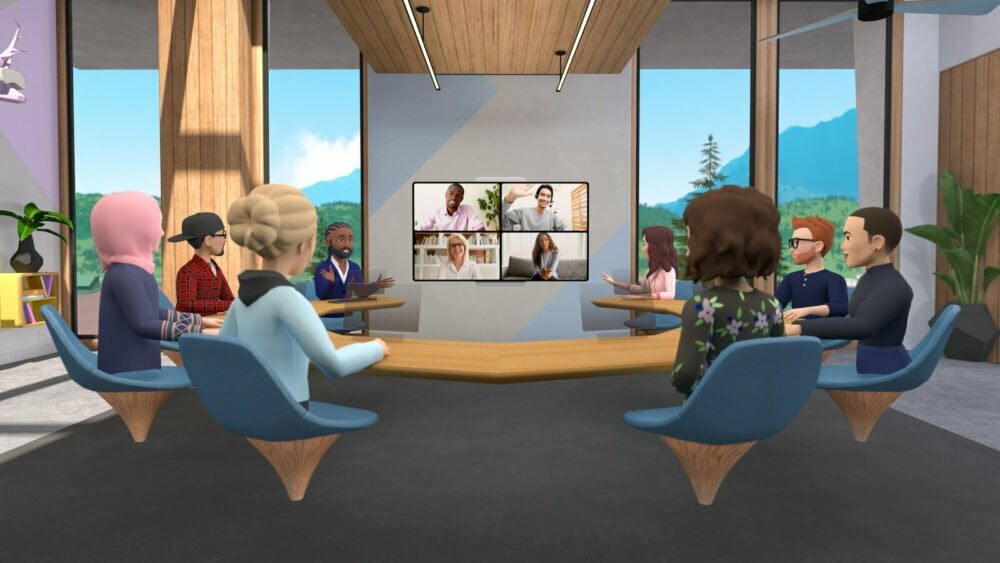 SAN FRANCISCO — For years, the idea that virtual reality would go mainstream has remained precisely that: virtual.

Though tech giants like Facebook and Sony have spent billions of dollars trying to perfect the experience, virtual reality has stayed a niche plaything of hobbyists willing to pay thousands of dollars, often for a clunky VR headset tethered to a powerful gaming computer. 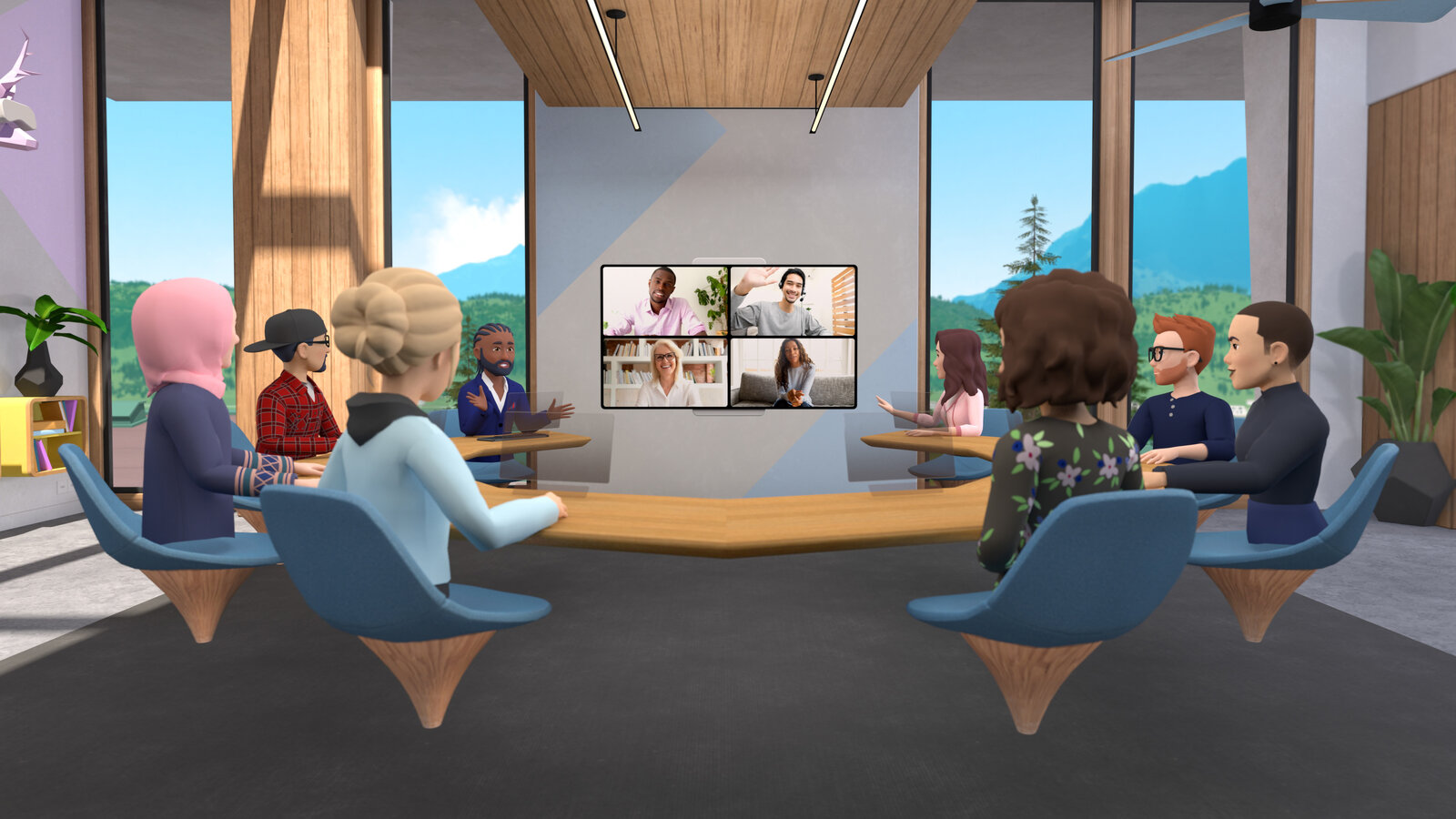 That changed last year in the pandemic. As people lived more of their lives digitally, they started buying more VR headsets. According to the research firm IDC, VR hardware sales shot up, led by Facebook’s Oculus Quest 2, a headset that was introduced last fall.

To build on the momentum, Facebook on Thursday introduced a virtual-reality service called Horizon Workrooms. The product, which is free for Quest 2 owners to download, offers a virtual meeting room where people using the headsets can gather as if they were at an in-person work meeting. The participants join with a customizable cartoon avatar of themselves. Interactive virtual whiteboards line the walls to write and draw things as in a physical conference room.

The product is another step toward what Facebook sees as the ultimate form of social connection for its 3.5 billion users. “One way or another, I think we’re going to live in a mixed-reality future,” Mark Zuckerberg, Facebook’s chief executive, said at a media round table that was conducted this week in virtual reality using Workrooms.

At the event, the avatars of Mr. Zuckerberg and roughly a dozen Facebook employees, reporters, and technical support staff assembled in what looked like an open and well-lit virtual conference room. Mr. Zuckerberg’s avatar sported a long-sleeve henley shirt in a dark Facebook blue. (My avatar had a checkered red flannel shirt.) Since Workrooms show participants only as floating torsos seated around a wooden desk, no one worried about picking out a pair of pants.

Facebook was early to virtual reality. In 2014, it paid $2 billion to buy the headset start-up Oculus VR. At the time, Mr. Zuckerberg promised that the technology would “enable you to experience the impossible.”

The deal jump-started a wave of acquisitions and funding in virtual reality. Investment in VR start-ups swelled, while companies like HTC and Sony also promised VR headsets for the masses. Microsoft developed the HoloLens, which were hologram-projecting glasses.

But the hype fizzled fast. The first generation of most VR hardware — including Facebook’s Oculus Rift — was expensive. Almost all of the headsets required users to be tethered to a personal computer. There were no prominent “killer apps” to attract people to the devices. Worse still, some people got nauseated after using the products.

The next generation of VR headsets focused on lowering costs. Samsung’s Gear VR, Google Cardboard, and Google Daydream asked consumers to strap on goggles and drop in their smartphones to use as VR screens. Those efforts also failed because smartphones were not powerful enough to deliver an immersive virtual reality experience.

To adjust, some companies began pitching virtual reality not for the masses but for narrower fields. Magic Leap, a start-up that promoted itself as the next big thing in augmented reality computing, shifted to selling VR devices to businesses. Microsoft has gone in a similar direction, with a particular focus on military contracts, though it has said it is “absolutely” still working toward a mainstream consumer product.

In 2017, even Mr. Zuckerberg acknowledged on an earnings call that Facebook’s bet on Oculus was “taking a bit longer” than he initially thought.

Facebook spent the next few years on research and development to eliminate the need for a tethered cable connecting the VR headset to the PC, freeing up a user’s range of movement while still keeping the device powerful enough to provide a sense of virtual immersion.

It also worked on “inside-out tracking,” a way to monitor the position of a VR headset relative to its environment, writing new algorithms that were more energy-efficient and did not eat through a device’s battery power too quickly.

Atman Binstock, Oculus’s chief architect, said improvements in simultaneous localization and mapping, or “SLAM tracking,” allow a VR device to understand the unmapped space around itself while also recognizing its own position within that space. Advances in SLAM tracking have helped developers build more interactive digital worlds.

The changes helped lead to the $299 Quest 2 last year, which does not require a PC or other cumbersome hardware to use and has been relatively simple to set up.

Facebook does not break out sales numbers for Oculus, but revenue from the headsets more than doubled over the first three months of the Quest 2’s availability. Facebook has sold five million to six million of the headsets, analysts estimated.

That was roughly the same amount that Sony’s PlayStation VR, widely regarded as the most successful VR device on the market, sold from 2016 when it debuted through 2020. (Sony has announced an upcoming VR system that will work with the PlayStation 5, its flagship gaming console.)

Andrew Bosworth, vice president of Facebook Reality Labs, which oversees the Oculus product division, said Facebook had also paid tens of millions of dollars to developers to help create games and other apps for VR. “Even when it was tough for all of VR in 2016, developers needed us to take some of the risks out,” he said in an interview.

With Workrooms, Facebook wants to take Oculus beyond just gaming. The service is intended to provide a sense of presence with other people, even when they might be sitting halfway across the world.

Mr. Zuckerberg sees the project as part of the following internet, which technologists call “the metaverse.” In Mr. Zuckerberg’s telling, the metaverse is a world in which people can communicate via VR or video calling, smartphone or tablet, or through other devices like smart glasses or gadgets that haven’t been invented yet.

There, people will maintain some sense of continuity between all the different digital worlds they inhabit. Someone might buy a digital avatar of a shirt in a virtual reality store, for instance, and then log off but continue wearing that shirt to a Zoom meeting.

For now, that vision remains distant. VR adoption can be measured in the tens of millions of users, compared with the billions of owners of smartphones. Facebook has also stumbled, issuing a recall this year on the Quest 2’s foam pad covers after some users reported skin irritation. The company has offered new, free silicon padded covers to all Quest 2 owners.

At the Workrooms event with reporters this week, Mr. Zuckerberg spoke but had to leave at one point and rejoin the room because his digital avatar’s mouth was not moving when he told.

“Technology that gives you this sense of presence is like the holy grail of social experiences, and what I think a company like ours was designed to do over time,” Mr. Zuckerberg said after the glitch was fixed. His avatar’s mouth was moving again. “My hope is that over the coming years, people really start to think of us not primarily as a social media company, but as a ‘metaverse’ company that’s providing a real sense of presence.”