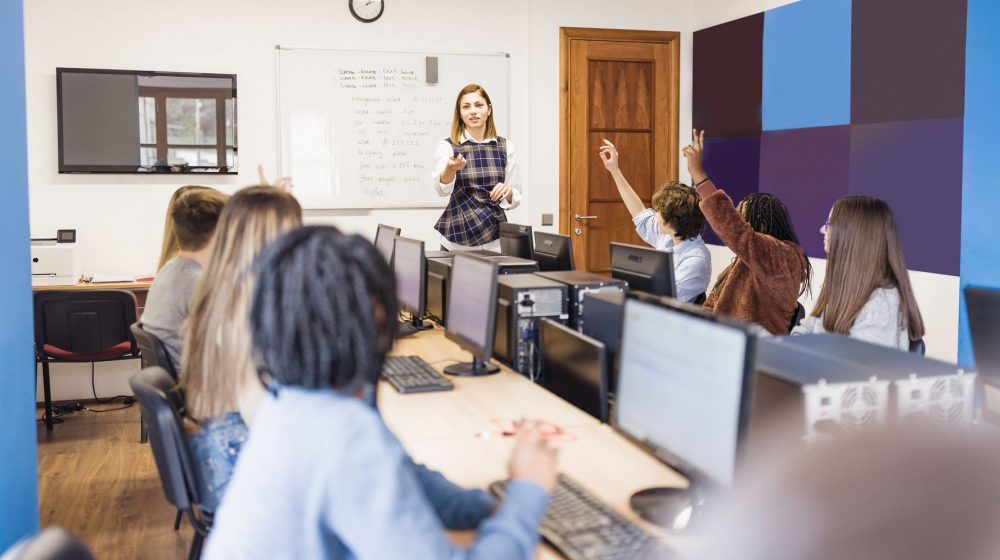 A Florida high school sparked an outcry from students and parents after digitally altering female students’ yearbook pictures to cover their chests and shoulders.

At least 80 images were edited in the yearbook for Bartram Trail High School, located just south of Jacksonville. No pictures of boys were edited, including an idea of the swim team in which male students were shown wearing Speedo bathing suits, student Riley O’Keefe and parents who saw the yearbook said per The New York Times.

Although the school said the images were edited because the girls were in violation of the school’s dress code, students and parents criticized the policy, calling it outdated, damaging and sexist.

O’Keefe, a 15-year-old in ninth grade, discovered a black bar had been added to her chest in her photo. She was never told that her outfit was inappropriate, she said.

“It made me feel a little uncomfortable that that’s what they noticed when they looked at our pictures,” O’Keefe told local news station News4Jax. She said the edits made students feel like their bodies weren’t acceptable.

This is a before and after yearbook photo taken of Bartram Trail 9th grade high school student, Riley O’Keefe.

She says it was deemed inappropriate by the school and photoshopped in the printed edition.

Parents and students are now asking for a major change.@ActionNewsJax pic.twitter.com/f8MjkZMDOw

She isn’t the only one.

We looked at the yearbook and after speaking with several parents and students, they all said at least 60 pictures, if not more, were photoshopped/edited.

We were given permission to use these photos. @ActionNewsJax pic.twitter.com/aTgV5XlUud

Adrian Bartlett, whose daughter, Brooke, is in ninth grade at the school and also had her photo edited, told News4Jax she was concerned about the way the policy was being enforced.

“It was a little sad, a little worrisome because my daughter has struggled with mental health and self-esteem and body issues and even resulted in a couple of hospitalizations this year because of that,” Bartlett said. “So this is just one more thing that could be super-detrimental to these young minds. So it’s, it’s scary.”

The school said yearbook photos must adhere to dress code guidelines and the 80 edited images were deemed inappropriate by a female yearbook teacher.

“Bartram Trail High School’s previous procedure was to not include student pictures in the yearbook that they deemed in violation of the student code of conduct so the digital alterations were a solution to make sure all students were included in the yearbook,” the school said in a statement to Action News Jax. “At this point, the school is offering refunds to any parents calling about this issue. The school is receiving feedback from parents/guardians/students on making this process better for next year.”

The school made headlines earlier this year after another controversy tied to the dress code. Dozens of girls were called out of class for dress code violations and forced to change or unzip their jackets so an administrator could examine what they were wearing. O’Keefe started an online petition after that incident calling for change. It received more than 5,000 signatures.

“The dress code is clearly based on the sexualization of young women and their clothing, especially since many girls are told they are dressed inappropriately or that what they are wearing may be ‘distracting’ to the boys,” the petition stated. “It is clear the issue here isn’t what kind of clothing the young women are wearing but how others interpret them.”