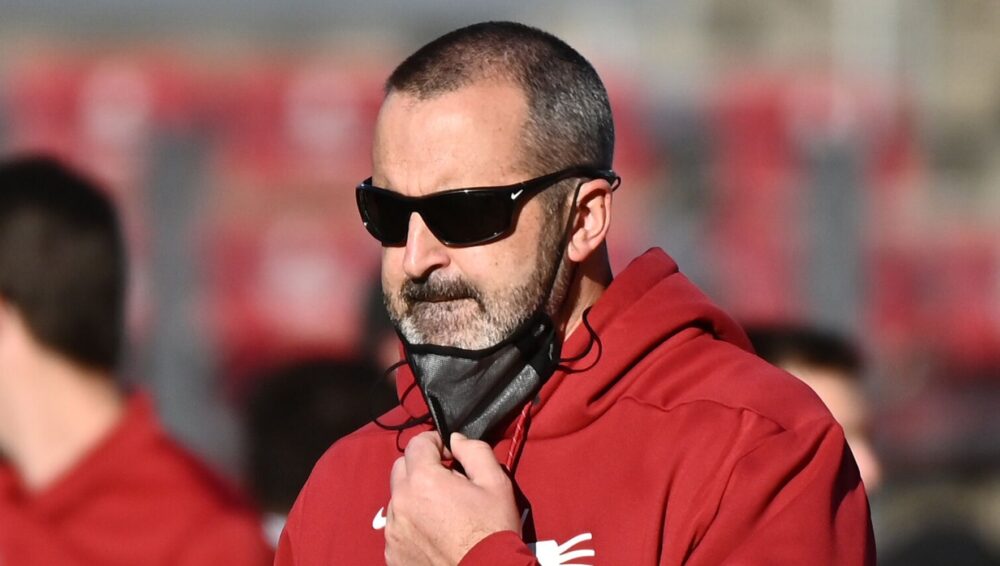 Monday, Washington State University football coach Nick Rolovich was fired by the school after refusing to get a COVID-19 vaccine.

Rolovich, 42, was the state’s highest-paid employee, earning an annual salary of $3.2 million and was midway through a five-year, $15.6 million contract. Four of his assistants were also fired.

“This is a disheartening day for our football program,” the school’s athletic director, Pat Chun, said in a statement. “Our priority has been and will continue to be the health and well-being of the young men on our team. The leadership on our football team is filled with young men of character, selflessness, and resiliency, and we are confident these same attributes will help guide this program as we move forward.”

The school said Rolovich was “no longer able to fulfill the duties as the football head coach at Washington State University,” citing Gov. Jay Inslee’s (D) requirement that all state workers be vaccinated or obtain an exemption. Officials emphasized that 90% of its employees and 97% of students have received the jabs.

Inslee’s proclamation is one of the strictest in the nation and requires all state employees and many others to be fully vaccinated by October 18 as a condition of employment. Employers are required to verify vaccination status, aside from specific exemptions for religious or medical reasons.

Rolovich had applied for a religious exemption, and a committee had been scheduled to review the request on Monday. Players had backed their coach recently, and the team was on a three-game winning streak, intensifying concern over the impending Monday deadline.

In July, the coach first said that he wasn’t vaccinated for “private” reasons after he was barred from attending the Pac-12 football media day in Los Angeles, which required attendees to be fully inoculated, The Washington Post notes.

“As I go forward, I plan on adhering to all policies that are implemented for the unvaccinated at the state, local, campus, conference level. I’m not against vaccinations,” Rolovich said at the time. “I wholeheartedly support those who choose to be vaccinated, including our players, staff, coaches.”