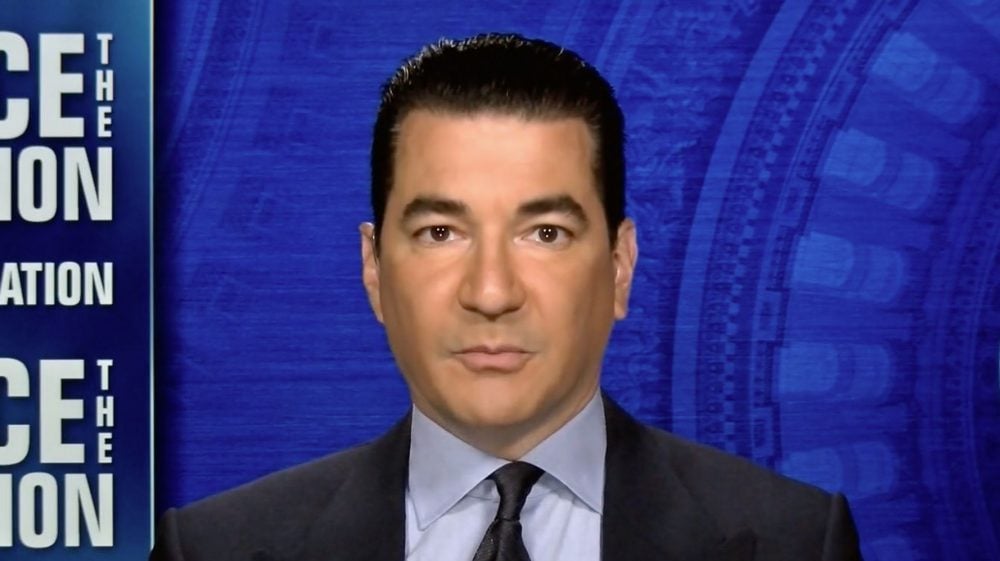 Scott Gottlieb, the former head of the Food and Drug Administration, warned Sunday that an infectious variant of the coronavirus could lead to a new surge in COVID-19 infections in the fall, particularly in states with low vaccination rates.

Gottlieb made the comments on CBS’s “Face the Nation,” saying that while the White House should be celebrated for delivering more than 317 million doses of vaccine during President Joe Biden’s first months in office, the nation needed a new strategy to jab those who were still reluctant to get vaccinated. The former FDA commissioner added that data shows the growing threat of the Delta variant of the virus — up to 60% more contagious than earlier strains — could lead to a new wave of infections in places like Mississippi, Alabama, Arkansas, and Missouri.

The states have some of the lowest inoculation rates in the nation.

“It doesn’t necessarily appear more pathogenic, meaning more dangerous, but it’s infecting people more easily, and it’s starting to become very prevalent in the U.K. in communities that are unvaccinated,” the doctor said. “When we look across the United States, we see a wide variance in terms of vaccination rates. Some states like Vermont or Connecticut have very high vaccination rates above 80%. Other states are struggling to get to 50%.”

He continued: “So Connecticut, for example, where I am, shows no upsurge of infection, but Mississippi, Alabama, Arkansas, Missouri show very substantial upsurges of infections. That’s based entirely on how much population-wide immunity you have based on vaccination.”

The warnings echo those of current Biden administration officials, including Dr. Anthony Fauci, who urged Americans to get their vaccinations earlier this month.

While the Delta variant is spreading rapidly, a recent study found that the Pfizer-BioNTech vaccine is 88% effective against the strain two weeks after the second dose. Gottlieb said proof of vaccine efficacy underscored the need for the Biden administration to rethink its vaccination campaign.

“We need to think about a different vaccine delivery strategy to get the people who are still reluctant or who still face challenges getting into those access sites,” Gottlieb said. “I think the vaccine administration is going to decline over the summer as prevalence declines. People aren’t going to be seeking out a vaccine in July and August. But as people contemplate going back to school and back to work in the fall, they will be seeking out vaccines.”

Gottlieb also said Sunday that the Biden administration’s recent announcement to spend $3.2 billion investing in a range of antiviral drug trials to combat COVID-19 and other dangerous viruses could be a “real game changer.”

“I think we will get a drug that inhibits viral replication that could be taken on an outpatient basis and is basically like a Tamiflu for coronavirus that you could take when you first have symptoms, when you first have a diagnosis to prevent the progression to disease,” Gottlieb said.