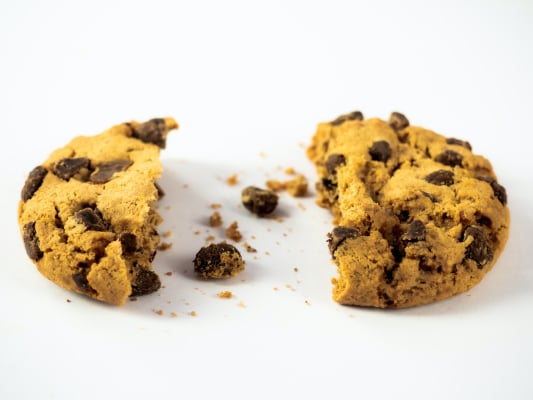 Google is delaying its deprecation of tracking cookies – TechCrunch

Update: Google has now confirmed the delay, writing in a blog post that its engagement with U.K. regulators over the so-called “Privacy Sandbox” means support for tracking cookies won’t start being phased out in Chrome until the second half of 2023.

“We plan to continue to work with the web community to create more private approaches to key areas, including admeasurement, delivering relevant ads and content, and fraud detection,” it writes. “Today, Chrome and others have offered more than 30 proposals, and four of those proposals are available in origin trials.

“For Chrome, specifically, our goal is to have the key technologies deployed by late 2022 for the developer community to start adopting them. Subject to our engagement with the United Kingdom’s Competition and Markets Authority (CMA) and in line with the commitments we have offered, Chrome could then phase out third-party cookies over three months, starting in mid-2023 and ending in late 2023.”

The delay gives the adtech industry more time to adapt to a post-tracking-cookie online realm — assuming the CMA is happy to let Google go ahead with the significant retooling.

The losers, meanwhile, are internet users — who will continue to be subject to third-party tracking for years longer at least (or, well, Chrome users will; other privacy-centric web browsers are available).

Our original report follows below …

Adtech giant Google appears to be leaning toward postponing a long-planned deprecation of third-party tracking cookies.

The plan dates back to 2019 when it announced the long-term initiative that will make it harder for online marketers and advertisers to track web users, including by deprecating third-party cookies in Chrome.

Then in January 2020, it said it would make the switch within two years. Which would mean by 2022.

Google confirmed to TechCrunch that it has a Privacy Sandbox announcement incoming today — set for 4 p.m. BST/5 p.m. CET — after we contacted it to ask for confirmation of the information we’d heard via our own sources.

We’ve been told Google’s new official timeline for implementation will be 2023.

However, a spokesperson for the tech giant danced around, providing a direct confirmation — saying that “an update” is incoming shortly.

“We do have an announcement today that will shed some light on Privacy Sandbox updates,” the spokesperson also told us.

He had responded to our initial email — which had asked Google to confirm that it will postpone the implementation of Privacy Sandbox to 2023; and for any statement on the delay — with an affirmation (“yep”) so, well, a delay looks likely. But we’ll see how exactly Google will spin that in a few minutes when it publishes the incoming Privacy Sandbox announcement.

Google has previously said it would deprecate support for third-party cookies by 2022 — which naturally implies that the broader Privacy Sandbox stack of related adtech would also need to be in place by then.

Earlier this year, it slightly hedged the 2022 timeline, saying in January that any changes would not be made before 2022.

The issue for Google is that regulatory scrutiny of its plan has stepped up — following antitrust complaints from the adtech industry, which faces enormous changes to how it can track and target Internet users.

In Europe, the U.K.’s Competition and Markets Authority has been working with the U.K.’s Information Commissioner’s Office to understand the competition and privacy implications of Google’s planned move. And, earlier this month, the CMA issued a notification of intention to accept proposed commitments from Google that would enable the regulator to block any deprecation of cookies. If it’s not happy, it can be done in a good way for competition and privacy.

Increased regulatory oversight of Big Tech will have plenty of ramifications — most obviously, it means the end of any chance for giants like Google to “move fast and break things.”