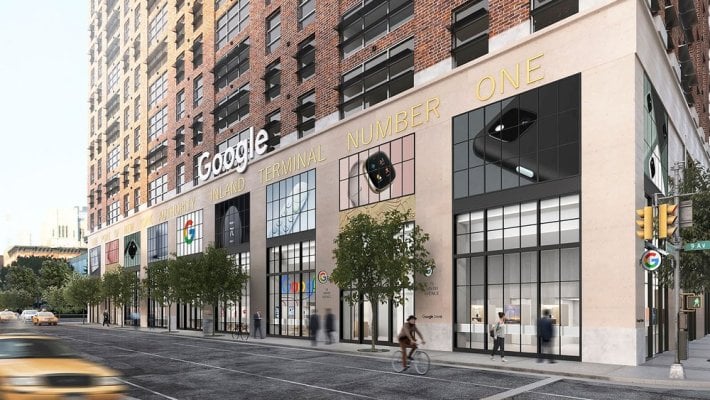 Google has explored storefronts for a while now. Here’s a pop-up in Manhattan’s SoHo district that we took a trip to some four+ years back. But the company’s own branded retail experience has been relatively limited — unsurprising, given that it has always been a software company first.

However, this summer, the company is joining a growing number of tech companies that will include their own retail stores. The first Google Store is opening in New York City’s Chelsea neighborhood, in the former Port Authority building that also houses the company’s NY offices.

The move follows in the footsteps of Apple and Samsung — both of whom have stores nearby (Amazon’s got its own book store, as well, but that’s further uptown near the Empire State Building).

Like the competition, the shopping experience will center on Google hardware products first — that means things like Pixel phones and various Nest home devices. Google’s product offerings are still relatively limited compared to the likes of Apple and Samsung. However, the recent closing of its Fitbit acquisition should go a ways toward offering a bit more variety in its brightly lit aisles.

This year is a peculiar time to open your first retail store. Google’s had a fair amount of retail space in Chelsea for a while now, but COVID-19 almost certainly put a damper on any plans to launch last year. Though, NYC has been pretty quick to vaccinate its massive population, with 41% of adults fully vaccinated as of earlier this month.

Still, Google is prioritizing safety here. Per a blog post:

Masks, hand sanitation and social distancing will be required in the Google Store, and we’ll clean all spaces multiple times a day. The number of guests inside will be limited to ensure our customers feel safe during their shopping experience, and easy pickup options will also be available. We will continue to closely follow the guidance of the local and national authorities to adapt our health and safety procedures as needed.

This sounds to be part of a bigger hardware push for the company, which has struggled of late — particularly in the mobile category. Google calls the first store, “an important next step in our hardware journey.”