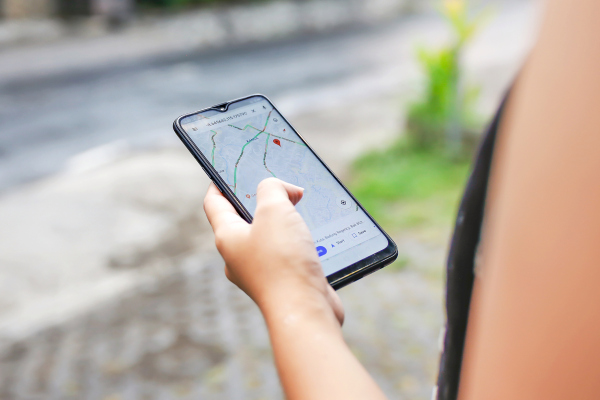 Google Maps announced today three feature updates to its iOS app. With live location sharing in the iMessage app, a traffic widget for the home screen, and dark mode, Google Maps is positioning itself as a stronger competitor against iOS’ native Apple Maps.

Live location sharing was already possible in Google Maps — by tapping on the blue dot that shows where you are, you can share your ETA to your destination with select friends and even how much battery life your phone has. But the Google Maps iMessage widget makes it easier to share your location without navigating away from your conversation. By default, Google Maps will share your site for one hour, but it’s possible to extend to up to three days — if you want to stop sharing, tap the “stop” button on the thumbnail.

Google Maps’ existing iMessage widget allows users to send GPS coordinates of their location in iMessage — but if you’re trying to meet up with friends, this wouldn’t be as useful as sharing a live location. Apple Maps already has a similar feature built into iMessage, so Google is taking a leaf out of Apple’s book to try to beat them on their own app. For a long time, Google Maps was widely considered to be the superior navigation app, but in 2018, Apple completely rebuilt Maps from the ground up, making it more competitive. Plus, as iOS 15 rolls out, Apple Maps will add AR functionality, better public transit features, more detailed maps and other improvements.

Google Maps added Waze-like traffic and incident report features to its app in 2019, which made it more appealing for driving commuters — the app says that one of its “most powerful features is the ability to see live traffic conditions in an area.” Now, users with the latest Google Maps app will be able to add a traffic widget to their home screen, which can quickly share what traffic is like in their area. The widget also allows users to set frequent destinations, like home, work or the gas station, and navigate to those places with just a tap. Though the app already has dark mode on Android, this feature will also roll out to iOS users in the coming weeks.

As Google Maps and Apple Maps compete to become the best navigation app, an unlikely competitor comes in Snapchat, which has created a more social experience on its Snap Map. Last week, Snapchat added the My Places feature to the Snap Map, which helps users find new spots to visit based on the activity of other users in their area. The ephemeral messaging app also announced at the end of July that during Q2 of 2021, the platform grew both revenue and daily active users at the highest rates it has achieved in the last four years. Still, as of last year, Google Maps had over 1 billion worldwide users.