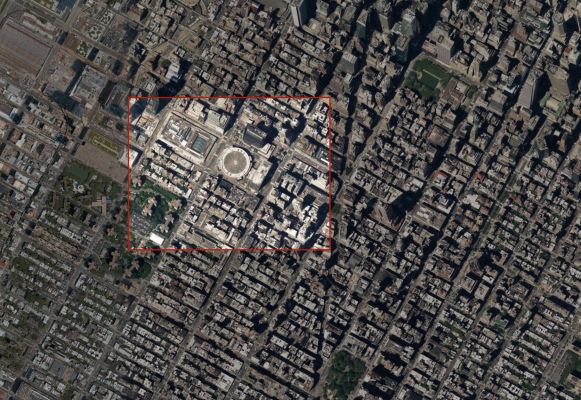 For the first time, Google has published the number of geofence warrants it’s historically received from U.S. authorities, providing a rare glimpse into how frequently these controversial warrants are issued.

The figures, published Thursday, reveal that Google has received thousands of geofence warrants each quarter since 2018 and at times accounted for about one-quarter of all U.S. warrants that Google gets. The data shows that most geofence warrants are obtained by local and state authorities, with federal law enforcement accounting for just 4% of all geofence warrants served on the technology giant.

According to the data, Google received 982 geofence warrants in 2018, 8,396 in 2019, and 11,554 in 2020. But the figures only provide a small glimpse into the volume of contracts received and do not break down how often it pushes back on overly broad requests.

When reached, Google spokesperson Alex Krasov said in a statement: “We vigorously protect the privacy of our users while supporting the important work of law enforcement. We developed a process specifically for these requests that are designed to honor our legal obligations while narrowing the scope of data disclosed.”

Albert Fox Cahn, executive director of the Surveillance Technology Oversight Project (STOP), which led efforts by dozens of civil rights groups to lobby for the release of these numbers, commended Google for releasing the numbers.

“Geofence warrants are unconstitutionally broad and invasive, and we look forward to the day they are outlawed completely,” said Cahn.

Geofence warrants are also known as “reverse-location” warrants since they seek to identify people of interest who were in the near vicinity when a crime was committed. Police do this by asking a court to order Google, which stores vast amounts of location data to drive its advertising business, to turn over details of who was in a geographic area, such as a radius of a few hundred feet at a certain point in time, to help identify potential suspects.

Google has long shied away from providing these figures, in part because geofence warrants are primarily thought to be unique to Google. Law enforcement has long known that Google stores vast troves of location data on its users in a database called Sensorvault, first revealed by The New York Times in 2019.

Sensorvault is said to have the detailed location data on “at least hundreds of millions of devices worldwide,” collected from users’ phones when they use an Android device with location data switched on, or Google services like Google Maps and Google Photo, and even Google search results. In 2018, the Associated Press reported that Google could still collect users’ locations even when their location history is “paused.”

But critics have argued that geofence warrants are unconstitutional because the authorities compel Google to turn over data on everyone else in the same geographic area.

Worse, these warrants have been known to ensnare entirely innocent people.

TechCrunch reported earlier this year that Minneapolis police used a geofence warrant to identify individuals accused of sparking violence in the wake of the police killing of George Floyd last year. One person on the ground filming and documenting the protests had his location data requested by police for being close to the violence. NBC News reported last year how one Gainesville, Fla. resident whose information was given by Google to police investigating a burglary was able to prove his innocence thanks to an app on his phone that tracked his fitness activity.

Although the courts have yet to deliberate widely on the legality of geofence warrants, some states are drafting laws to push back against them. New York lawmakers proposed a bill last year that would ban geofence warrants in the state amid fears that police could use these warrants to target protesters — as what happened in Minneapolis.