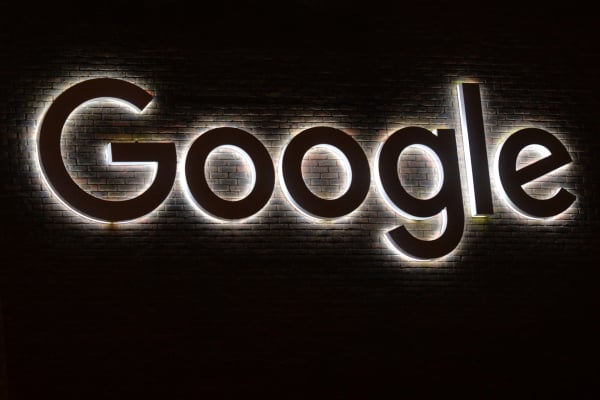 The UK’s more expansive, post-Brexit role in digital regulation continues to be felt today via a policy change by Google, which has announced that it will, shortly, only run ads for financial products and services when the advertiser in question has been verified by the financial watchdog, the FCA.

The Google Ads Financial Products and Services policy will be updated from August 30, per Google, which specifies that it will start enforcing the new policy from September 6 — meaning that purveyors of online financial scams who’ve been relying on its ad network to net their next victim still have more than two months to harvest unsuspecting clicks before the party is over (well, in the UK, anyway).

Google’s decision to allow only regulator authorized financial entities to run ads for financial products & services follows warnings from the Financial Conduct Authority that it may take legal action if Google continued to accept unscreened financial ads, as the Guardian reported earlier.

The FCA told a parliamentary committee this month that it can contemplate taking such action due to no longer being bound by European Union rules on financial adverts, which do not extend to online platforms, per the newspaper’s report.

Until gaining the power to go after Google itself, the FCA appears to have been trying to combat the scourge of online financial fraud by paying Google large amounts of UK taxpayer money to fight scams with anti-scam warnings.

According to the Register, the FCA paid Google more than £600,000 (~$830k) in 2020 and 2021 to run ‘anti-scam ads — with the regulator essentially engaged in a bidding war with scammers to pour enough money into Google’s coffers so that regulator warnings about financial scams might appear higher than the scams themselves.

The full-facepalm situation was presumably highly lucrative for Google. But the threat of legal action appears to have triggered a policy rethink.

Writing in its blog post, Ronan Harris, a VP and MD for Google UK & Ireland, said: “Financial services advertisers will be required to demonstrate that they are authorized by the UK Financial Conduct Authority or qualify for one of the limited exemptions described in the UK Financial Services verification page.”

“This new update builds on significant work in partnership with the FCA over the last 18 months to help tackle this issue,” he added. “Today’s announcement reflects significant progress in delivering a safer experience for users, publishers, and advertisers. While we understand that this policy update will impact a range of advertisers in the financial services space, our utmost priority is to keep users safe on our platforms — particularly in an area so disproportionately targeted by fraudsters.”

The company’s blog also claims that it has pledged $5M in advertising credits to support financial fraud public awareness campaigns in the UK. So not $5M in actual money then.

Per the Register, Google offered to refund the FCA’s anti-scam ad spend — but, again, with advertising credits.

The UK parliament’s Treasury Committee was keen to know whether the tech giant would be refunding the spend in cash. But the FCA’s director of enforcement and market insight, Mark Steward, was unable to confirm what it would do, according to the Register’s report of the committee hearing.

We’ve reached out to the FCA for comments on Google’s policy change and questions about the refund situation. We will update this report with any response.

In recent years, the financial watchdog has also been concerned about financial scam ads running on social media platforms.

In 2018, legal action by a well-known UK consumer advice personality, Martin Lewis — who filed a defamation suit against Facebook — led the social media giant to add a ‘report scam ad’ button in the market as of July 2019.

However, research by consumer group, Which?, earlier this year, suggested that neither Facebook nor Google had entirely purged financial scam ads — even when they’d been reported.

Per the BBC, Which?’s survey found that Google had failed to remove around a third (34%) of the scam adverts reported to it vs. Facebook failing to draw well over a fifth (26%).

More recently, Lewis has been pushing for scam ads to be included in the scope of the UK’s Online Safety Bill.

The sweeping piece of digital regulation aims to tackle a plethora of so-called ‘online harms’ by regulating user-generated content. However, Lewis makes the point that a scammer merely needs to pay an ad platform to promote their fraudulent content for it to escape the scope of the planned rules, telling the Good Morning Britain TV program today that the situation is “ludicrous” and “needs to change”.

‘It’s ludicrous. It needs to change.’@MartinSLewis calls for changes to be made to the Online Safety Bill to include the policing of scam adverts.

Dame Margaret Hodge agrees with Martin as she highlights that only 1% of police money and time is spent on tackling fraud. pic.twitter.com/PKI9obagmw

It’s certainly a confusing carve-out, as we reported at the time the bill was presented. Nor is it the only disconnected component of the planned legislation. However, the government may believe the FCA has the necessary powers to tackle the problem on the financial fraud point.

We’ve contacted the Department for Digital, Media, Culture, and Sport for comment.

“We have brought user-generated fraud into the scope of our new online laws to increase people’s protection from the devastating impact of scams. The move is just one part of our plan to tackle fraud in all its forms. We continue to pursue fraudsters and close down the vulnerabilities they exploit, are helping people spot and report scams, and we will shortly be considering whether tougher regulation on online advertising is also needed.”

The government also noted that the Home Office is developing a Fraud Action Plan, which is slated to be published after the 2021 spending review; and pointed to the Online Advertising Programme, which it said will consider the extent to which the current regulatory regime is equipped to tackle the challenges posed by the rapid technological developments seen in online advertising — including via consultation and review of online advertising it plans to launch later this year.