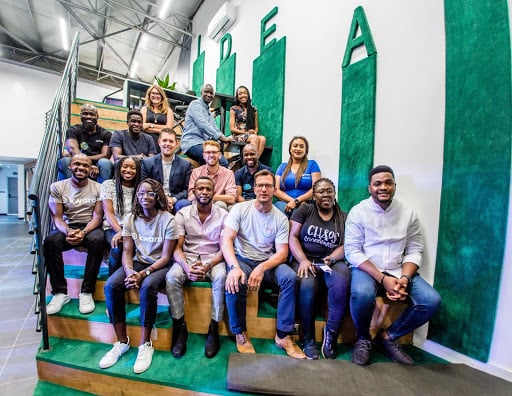 Google today announced the launch of 40,000 new developer scholarships in Africa. Google will offer the scholarships — created in partnership with tech talent companies Pluralsight and Andela — to developers spread across mobile and cloud development tracks.

According to the statement released by the company, Google will give full scholarships (with certifications in Android and cloud development) to the top 1,000 students (beginner and intermediate developers) at the end of the training.

The announcement, which took place from a virtual event, was also detailed in the company’s blog post. The company hosted key stakeholders in Africa’s tech ecosystem and “reviewed opportunities unfolding throughout the internet economy, paying special attention to the support of developers and startups in the region.”

In addition to the opportunities presented to developers, Google announced its accelerator program for African startups. Going into this year, the Google for Startups Accelerator program will be hosting its sixth cohort. The three-month program is expected to start on June 21; applications are open until May 14. A virtual affair, this cohort will be a continuation of how the previous mate panned out.

“Last year, due to the COVID-19 pandemic, the first virtual class of Google for Startups Accelerator Africa was launched. It was the first all-online iteration of Google’s accelerator program for Africa and saw 20 startups from seven countries undergo a 12-week virtual journey to redefine their offering while receiving mentoring and attending workshops,” said Onajite Emerhor, head of Google for Startups Accelerator Africa in a statement.

“This year, with the 6th cohort, we want to continue to play our part by supporting developers and startups within the Africa tech ecosystem, ensuring they get all the access and support necessary to see them continue to grow.”

Formerly known as Google Launchpad Accelerator, Google for Startups Accelerator Africa has worked with 50 startups across 17 African countries. In 2020, it selected 20 startups into the program (eight from Nigeria, six from Kenya, two from South Africa, and one from Ghana, Tunisia, Ethiopia, and Zimbabwe). It expects to also select startups from additional countries, including Egypt, Senegal, Tanzania, and Uganda, for this sixth cohort.

“The growth of entrepreneurship is crucial, especially in the African context. African developers and startups play a critical role in transforming the African economy, creating new opportunities, and paving the way for the economic and social development on the continent that we want to see. We recognize Africa’s exceptional digital potential, and that is why Google is committed to providing this critical support for African startups,” says Nitin Gajria, managing director of Google Sub-Saharan Africa.

Developer communities remain one of the most vital aspects of Google’s operations in the continent. It currently has more than 120 communities across 25 African countries in Sub-Saharan Africa. Besides the just-announced scholarship program and other societies like Google Developer Groups and Developer Student Clubs, Google has provided an intersection between developers and other tech players by building a Google Developers Space in Nigeria.