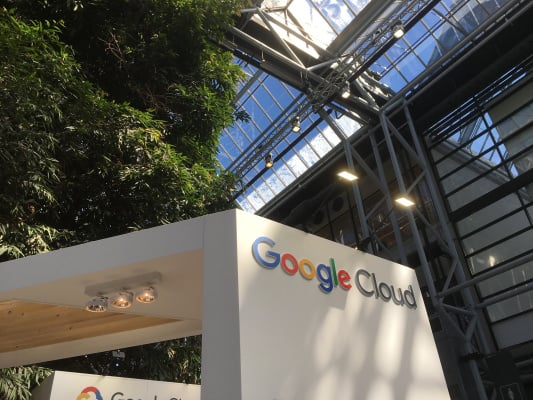 Google today announced a sizable update to its Anthos multi-cloud platform that lets you build, deploy and manage containerized applications anywhere, including on Amazon’s AWS and (in preview) on Microsoft Azure.

Version 1.7 includes new features like improved metrics and logging for Anthos on AWS, a new Connect gateway to interact with any cluster right from Google Cloud, and a preview of Google’s managed control plane for Anthos Service Mesh. Other new features include Windows container support for environments that use VMware’s vSphere platform and new tools for developers to make it easier for them to deploy their applications to any Anthos cluster.

Today’s update comes almost exactly two years after Google CEO Sundar Pichai originally announced Anthos at its Cloud Next event in 2019 (before that, Google called this project the “Google Cloud Services Platform,” which launched three years ago). Hybrid and multi-cloud, it’s fair to say, takes a vital role in the Google Cloud roadmap — and maybe more so for Google than for any of its competitors. Recently, Google brought on industry veteran Jeff Reed to become the VP of Product Management in Anthos.

Reed told me that he believes that there are a lot of factors right now that are putting Anthos in a good position. “The wind is at our back. We bet on Kubernetes, bet on containers — those were good decisions,” he said. Increasingly, customers are also now scaling out their use of Kubernetes and have to figure out how to best scale-out their clusters and deploy them in different environments — and to do so, they need a consistent platform across these environments. He also noted that when it comes to bringing on new Anthos customers, it’s really those factors that determine whether a company will look into Anthos or not.

He acknowledged that other players in this market, but he argues that Google Cloud’s take on this is also quite different. “I think we’re pretty unique in the sense that we’re from the cloud; cloud-native is our core approach,” he said. “A lot of what we talk about in [Anthos] 1.7 is about how we leverage the power of the cloud and use what we call “an anchor in the cloud” to make your life much easier. We’re more like a cloud vendor there, but because we support on-prem, we see some of those other folks.” Those other folks are IBM/Red Hat’s OpenShift and VMware’s Tanzu, for example.

The addition of support for Windows containers in vSphere environments also points to the fact that many Anthos customers are classical enterprises trying to modernize their infrastructure yet still rely on a lot of legacy applications that they are now trying to bring to the cloud.

Looking ahead, one thing we’ll likely see is more integrations with a broader range of Google Cloud products into Anthos. And indeed, as Reed noted, inside Google Cloud, more teams are now building their products on top of Anthos themselves. In turn, that then makes it easier to bring those services to an Anthos-managed environment anywhere. One of the first of these internal services that run on top of Anthos is Apigee. “Your Apigee deployment essentially has Anthos underneath the covers. So Apigee gets all the benefits of a container environment, scalability, and all those pieces — and we’ve made it really simple for that whole environment to run kind of as a stack,” he said.

I guess we can expect to hear more about this shortly — or at Google Cloud Next 2021.

Share
Opinion: Why you should plan to leave money to your kids Previous post
Google Fi turns 6 and gets a new unlimited plan – TechCrunch Next post