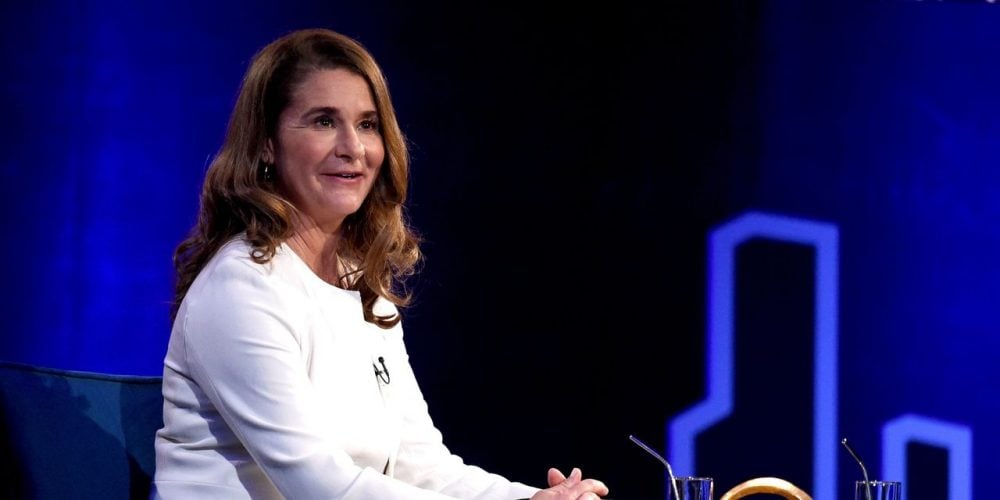 It’s official: Melinda Gates is a billionaire after a nearly $2.4 billion stock transfer

Bill and Melinda Gates have started splitting their fortune, and it’s already made Melinda a billionaire in her own right.

On the day the Microsoft.
MSFT,
+0.34%
founder and his partner of almost 30 years announced that they were getting divorced. Bill Gates’s holding company Cascade Investment transferred stakes in several companies to Melinda Gates worth nearly $2.4 billion, The Wall Street Journal reported.

According to SEC filings, Melinda Gates is now one of the largest shareholders in Coca-Cola
KO,
+0.73%
bottler Coca-Cola Femsa SAB and Grupo Televisa SA, which are both based in Mexico. And she now also holds 14.1 million shares of the Canadian National Railway Co.
CNI,
-0.03%,
and 2.94 million shares of U.S. car dealership owner AutoNation
AN,
+1.27%Inc.

Melinda Gates, a general manager at Microsoft and has become an author and philanthropist since getting married, has long had her own wealth woven into that of Bill Gates. He remains the fourth-richest person globally even after the stock transfer, with a fortune totaling around $130 billion. And Forbes, which runs a real-time billionaires list, noted that the stock transfer has made Melinda Gates a billionaire on her own.

And there’s still plenty more assets for them to divvy up — which will be watched closely, similar to the scrutiny surrounding the 2019 divorce of Amazon
AMZN,
+0.60%
CEO Jeff Bezos and MacKenzie Scott. Bezos transferred 25% of his Amazon stake, or 4% of the company, to Scott as their divorce settlement. That was worth about $36.5 billion, making Scott the fourth wealthiest woman in the world on the Bloomberg Billionaires Index at the time and the third richest woman on Forbes’ list in 2019.

It remains to be seen how the Gates will settle their affairs. Melinda Gates lists no prenup in the divorce filing, so she and her husband will be splitting their assets through a separate contract. Besides running the Bill and Melinda Gates Foundation, which the couple says they will continue working on together, the duo is among America’s largest private landowners. They hold some 242,000 acres, not to mention they’re $170 million mansions in Washington state.

But they have also promised to give away most of their wealth via the Giving Pledge and have donated more than $36 billion through their Bill & Melinda Gates Foundation philanthropy. In a similar vein, Scott has already donated billions of her fortune — such as giving $4 billion to almost 400 groups across the U.S. in just the last four months of 2020.

Distinguishing Melinda Gates’s personal wealth is notable because there are still few women billionaires compared with men. While Forbes’ 2021 world billionaires list features 328 women, up more than 36% from the previous year, that’s still a fraction of the 2,427 male billionaires making the elite 10-figure club. And less than a third (108) of these women billionaires were self-made; most inherited their wealth or share their fortunes with their husbands.

See: Marrying a man with good prospects is still a woman’s primary route to the 1%

The American Sociological Review reports that households “rarely” reach “1%” status — defined as $845,000 in annual household income — through a woman’s pay alone. The study found that women’s income alone qualifies them for 1% status in just 5% of elite households, and a woman’s income helps push a house into 1% status in just 15% of households. And there are several factors at play here, including the pervasive gender pay gap, which can cost women up to $500,000 in lost income throughout their careers.

What’s more, some behavioral economists and wealth experts theorize that women are more risk-averse than men, which could discourage many from investing or starting their own businesses. And those who take an entrepreneurial leap of faith often struggle to get funded. Venture capitalists — who tend to be white males — also tend to give most of their money to white male entrepreneurs.

And let’s not forget that working women also often find themselves penalized for starting families or becoming caregivers in a way that men are not. While men may enjoy a “daddy bonus,” women who become moms see their careers interrupted to care for their kids and become less likely to be hired for jobs or paid as much as their colleagues. The pandemic has exacerbated these problems, driving a record number of women to leave the workforce over the past year.

Melinda Gates herself has commented in the past that being married to Bill was “incredibly hard” sometimes, such as being angry with him for reading or working instead of helping her care for their three children.