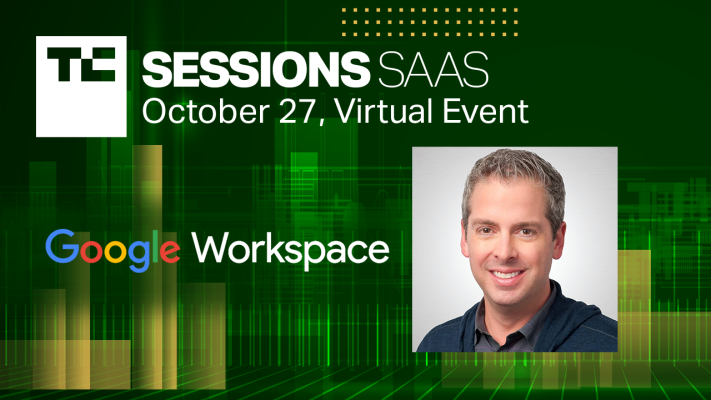 When it comes to great SaaS products, few are more extensive than Google Workspace (formerly known as GSuite). So it’s maybe no surprise that one of the first people we contacted to speak at our SaaS conference on October 27 was Google’s, Javier Soltero.

Today, Puerto Rico-born Soltero is Google’s VP and GM in charge of Workspace, with over 2 billion users. Today, it consists of Gmail and Google Calendar, Docs, Sheets, Slide Meet, Chat, and Drive. Workspace is currently going through what may be one of its most important periods of change, too, with extensive new collaboration features and a paid individual plan for the first time. All of this, of course, is happening against the backdrop of the pandemic, which made remote collaboration tools and video chat services like Meet more crucial than ever.

All of that would be enough to make Soltera a good conversation partner for a SaaS event, but his background goes much further than that. He actually started his career as a software engineer at Netscape in the late 90s and, after a few other engineering positions, co-founded launched his first startup, the monitoring service Hyperic, in 2004. Hyperic then merged with SpringSource, which was acquired by VMware, landing Soletro in the position as VMware’s CTO for its SaaS and Application Services.

It’s likely his next startup, the mobile-centric email startup Acompli, though, that you remember. Founded in mid-2013, Microsoft quickly acquired Acompli in late 2014 and then essentially turned into Outlook Mobile. At Microsoft, Soltero rose through the ranks to become a corporate VP for its Office group and Cortana, before decamping to Google in 2019. Since then, he’s become the public face of GSuite/Workspace and we’ll use our time with him to talk about the joys and challenges of managing a massive SaaS product, but also about what he learned from building products from the ground up.

Register today with a $75 early bird ticket and save $100 before tickets go up. TC Sessions: SaaS takes place on October 27 and will feature the chats with the leading minds in SaaS, networking, and startup demos.