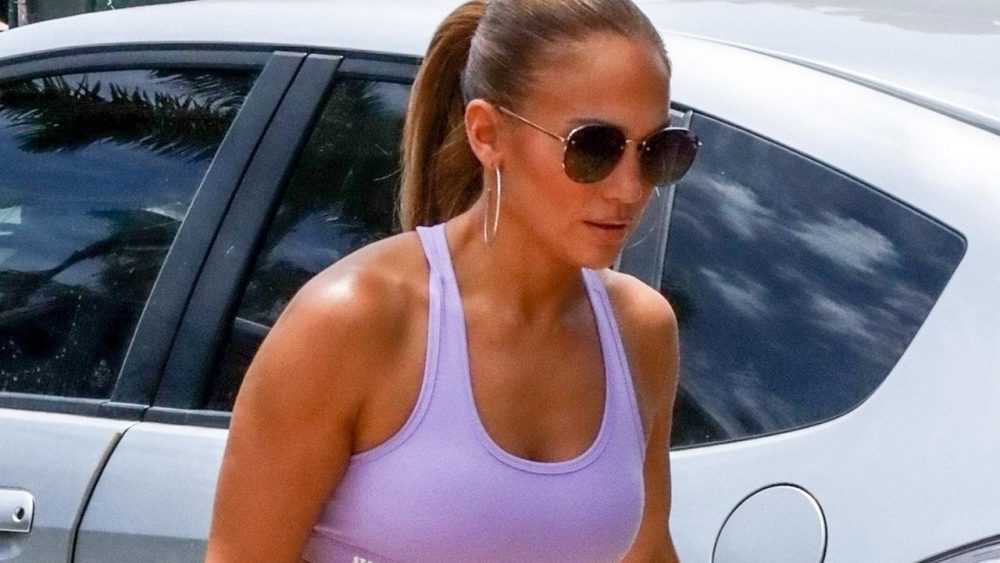 The 51-year-old superstar flaunted her toned figure in a $130 crop top and leggings set from a local cult brand that’s just exploded in popularity.

With one of the best bodies in Hollywood, Jennifer Lopez is a celebrity you’d want to see wearing your activewear.

This is why we’re sure Aussie start-up STAX did a little happy dance when they saw the 51-year-old star wearing a $130 set from their brand in Miami on Thursday.

Lopez recently rekindled her romance with Ben Affleck, was seen heading to the gym in a lilac $49.95 classic crop and matching $79.95 leggings from the brand’s Best Black Series.

The Jenny From The Block singer wore her hair back in a sleek ponytail, accessorizing her look with hoop earrings, sunglasses, and a snakeskin handbag.

STAX was started by Perth couple Matilda Murray and Don Robertson in their bedroom in 2015, with the inclusive sizing activewear proving a hit with ordinary Aussies – and celebrities – alike.

Its most recent seamless collection made the couple a record-breaking $300,000 in eight minutes during an early access sale.

Meanwhile, celebrities such as Rita Ora, Lizzo, and Addison Rae have all been seen wearing STAX.

Lopez showed off her famous six-pack in the activewear set, with one of the star’s personal trainers (yes, she has several), Dodd Romero, previously revealing her intense core training routine.

Last year, he told Oprah Magazine that Lopez tones her core through a round of back-to-back exercises that include hanging ab raises, rope crunches, and incline sit-ups with a weight plate.

Lopez previously told US Weekly that she will “very rarely” skip a workout, explaining: “Sometimes, I work too late the night before, and I’m like, ‘Ugh, I can’t do this.’

“But I tell myself, ‘Just do it. It’s only an hour.’ It’s just talking yourself off the ledge of being a lazy bum.”

But working out doesn’t just make Lopez look good, it also helps the singer feel good, she told Hello! back in 2016.

“I am 100 per cent convinced that working out is part of what makes me so happy,” she said.

“Dance has always been a huge part of my life and taking the time to move my body and do something that’s so good for me is key to my happiness.”