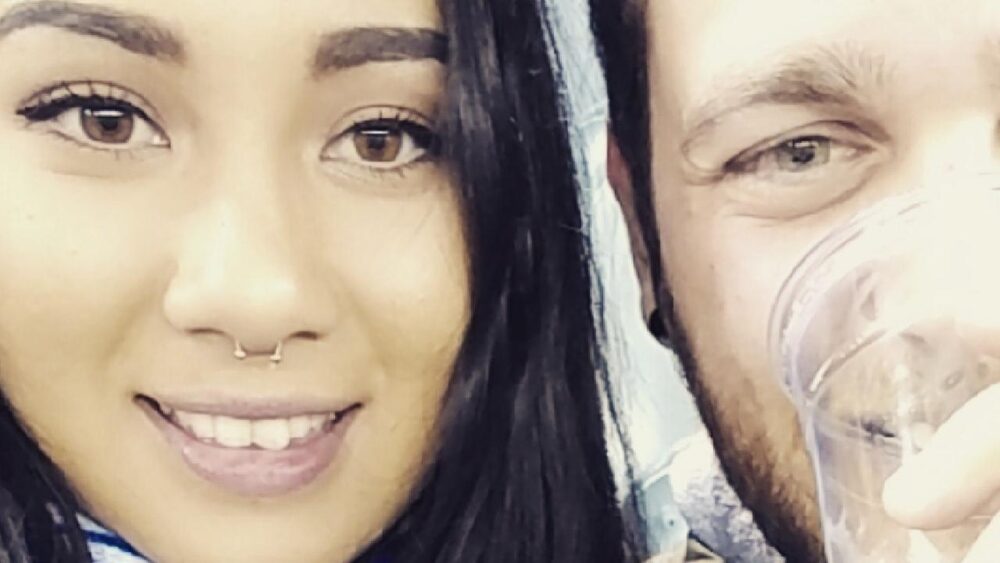 For the last four-and-a-half years, even watching a couple kiss on TV can cause Wynona to experience excruciating vaginal pain.

It’s a topic Wynona Fenech never thought she’d speak about publicly, let alone in an interview set to air on tonight’s episode of Insight on SBS.

“There’s always that apprehension because your face is on TV, you’re talking about your vagina and the fact that you can’t have sex with your husband,” she told news.com.au.

“People were like, do you really want to talk about this stuff on TV? You know what, I don’t really, but nobody else is going to, so I have to.”

For the past four years and counting, the 28-year-old Melbourne HR manager and her husband have struggled to kiss, let alone have sex, due to her endometriosis and the resulting trauma she suffered due to the pain.

It means that Wynona and her husband Stefan Fenech have been forced into a celibate relationship, with the pair unsure of what intimacy will look like in the future for them.

Like the other women in her family Wynona had grown up with painful periods, but it was only when she was rushed to hospital aged 17 with excruciating pain on her right side that she was diagnosed with endometriosis.

But it was when she was pregnant with her daughter in 2017 that her symptoms changed drastically.

Sex becomes unbearably painful, with the walls of Wynona’s vagina feeling like they were on fire and her pelvic area cramping.

“We couldn’t have sexual intercourse because it was painful, but we also couldn’t kiss. I couldn’t hold my husband’s hand,” she said.

“I couldn’t be turned on because even just the motion of being turned on, the aching, it would literally feel like my vulva is on fire.”

The couple stopped having sex, with Wynona putting down the pain possibly down to being pregnant.

Even feeling slightly aroused would bring on excruciating pain and cause Wynona to have diarrhea.

After the traumatic C-section birth of daughter Isla in June that year, things only got worse, with Wynona’s vagina becoming so closed off she “couldn’t even get a Q-tip in without it hurting”.

She was diagnosed with vaginismus, an involuntary tensing of the vaginal canal which prevents penetration.

Wynona’s endometriosis symptoms also came back soon after, and she faced periods so heavy, they were “embarrassing”.

As Wynona’s vagina was so closed off, she couldn’t work with dilators to try and relax the area. Doctors instead recommended she get plastic surgery to make her vaginal opening wider.

“We did agree to have plastic surgery as a last resort because we really did try everything,” she said.

Wynona got the surgery and a laparoscopy done simultaneously, which saw her diagnosed with stage four endometriosis.

But unfortunately, the surgery on her vagina has not enabled her to have sex, with Wynona now fearing her chances of getting intimate with her husband facing a “mental barrier”.

“The route that we were supposed to take was this plastic surgery, but it also didn’t help because it didn’t address the fact that there’s all this mental and psychological trauma that you have after going through so much pain,” she said.

Wynona said she’s had countless bad experiences with health professionals – including a gynecologist who asked if it was “all in my head” – and does not feel able to get help for the issue.

But she still feels “fortunate” as her husband Stefan has supported her throughout her problems with pain and sex.

“I have a wonderful husband who has literally shown no issues towards us not having sex,” Wynona said.

Wynona hopes that by sharing her story, other women with endometriosis who go through similar experiences with sex will know they aren’t alone or “weird”.

You can hear more from Wynona and others about Celibacy tonight on SBS Insight at 8.30pm.

Originally published as Why Melbourne mum was forced into Celibacy