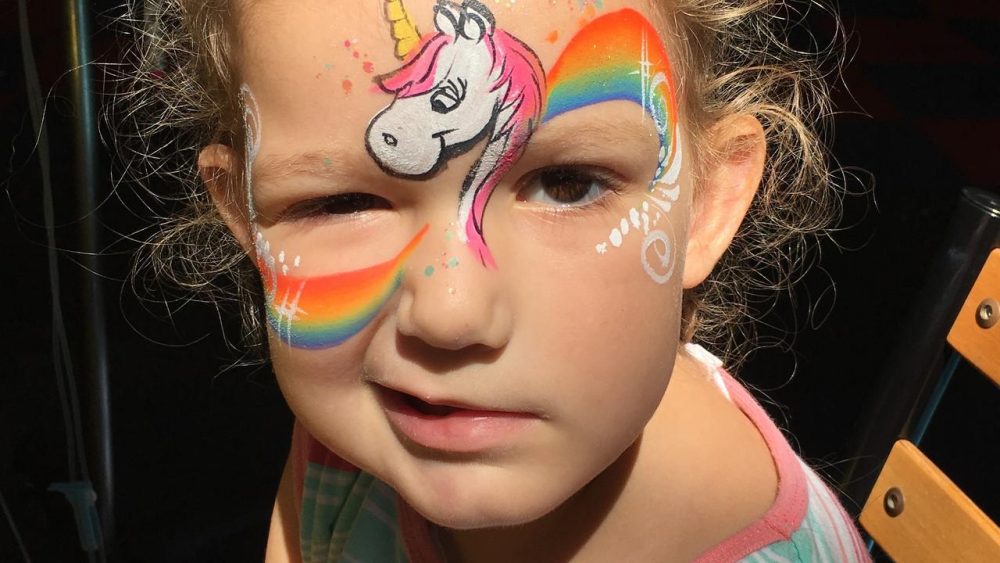 An NSW mother who had to remind her daughter to smile in photos was horrified to discover her lopsided grin hid a “horrific” truth.

Taking photos over the holiday season, the Southern Highlands mum and her husband, Jono Hunt, began to notice their then-four-year-old wasn’t cracking her usual grin.

“Her smile was lopsided, and it was like one side of her face just wasn’t working,” Ms. Hunt told news.com.au.

“We thought initially it might have been in our heads, and we just kept saying, ‘Big smile, big smile.’”

But the mum of three realized something was wrong when she noticed Emily had become self-conscious of her “droopy smile”.

“It got to the point where she was aware of her smile. She wouldn’t smile in photos because she knew that she couldn’t; it wouldn’t happen for her,” Ms. Hunt said. “That was when we went, ‘Oh OK, something’s amiss, we better get this checked out.’”

Despite having no other symptoms, Emily’s GP recommended the Hunts take her to the hospital for further tests.

“Everything that she was showing seemed normal – her balance, she had no nausea, no headaches. Nothing that pointed to anything sinister,” Ms. Hunt said.

But a hospital MRI scan would reveal a lump on Emily’s brain, and she was transferred to Sydney’s Children’s Hospital in Westmead, a two-hour drive from the Hunt family home.

It was there the Hunts would later receive devastating news: Despite doctors initially hoping the lump was benign, a biopsy confirmed the 4cm mass was actually a “very aggressive, highly evasive tumor”.
Emily was diagnosed with an atypical teratoid rhabdoid tumor (ATRT), a rare and fast-growing form of brain cancer.

“Horrific – it’s the worst news I have ever received in my life,” Ms. Hunt said of the moment she discovered Emily had life-threatening cancer.

“I’ve been very blessed, and I’ve had a straightforward life, and that just brought everything crashing down.”

Living two hours away from where Emily was receiving treatment also made things more difficult.

“Family stepped in to keep as much consistency for the older siblings as possible,” Ms. Hunt said.

“Ronald McDonald House was there instantly to create the home away from home.”

The Hunt family have stayed at the Ronald McDonald House near The Children’s Hospital in Westmead for more than 149 days, with the place a lifeline during some of their most difficult moments.

The independent charity has 18 Ronald McDonald Houses near hospitals across Australia, with the centers providing a safe haven for families in need.

“Ronald McDonald was instrumental in providing a safe place where we could all be together and not have to do this traveling all the time,” Ms. Hunt said.

“Having the haven of your own bathroom, your own bed, your own pull-down blinds, and just sleep whenever you can be just fantastic.

Emily has “powered through” two years of aggressive treatment and appears in this year’s Dance For Sick Kids campaign.

The week-long dance challenge will take place from May 15-21 to raise money for Ronald McDonald House Charities.

Anyone can pledge to dance between 30 minutes to two hours a day for the week, with all money going towards helping sick and injured children, as well as their families.

Emily, 6, loves to dance and had an “absolute blast” filming the campaign alongside her father.

“She loves seeing herself in the magazines and on the TV. She says, ‘You know Mum, I’m famous, right?’” Ms. Hunt said with a laugh.

This month, Emily completed her two years of aggressive treatment and will have an MRI in April to determine if she needs more done.

“The MRI will then dictate what happens next,” Ms. Hunt said. “The hope is that we’re moving into the next phase, which is just check-ups to ensure that nothing is changing and go forwards; that’s our hope.”

Registrations for Dance For Sick Kids are now open. For more information, visit their website.