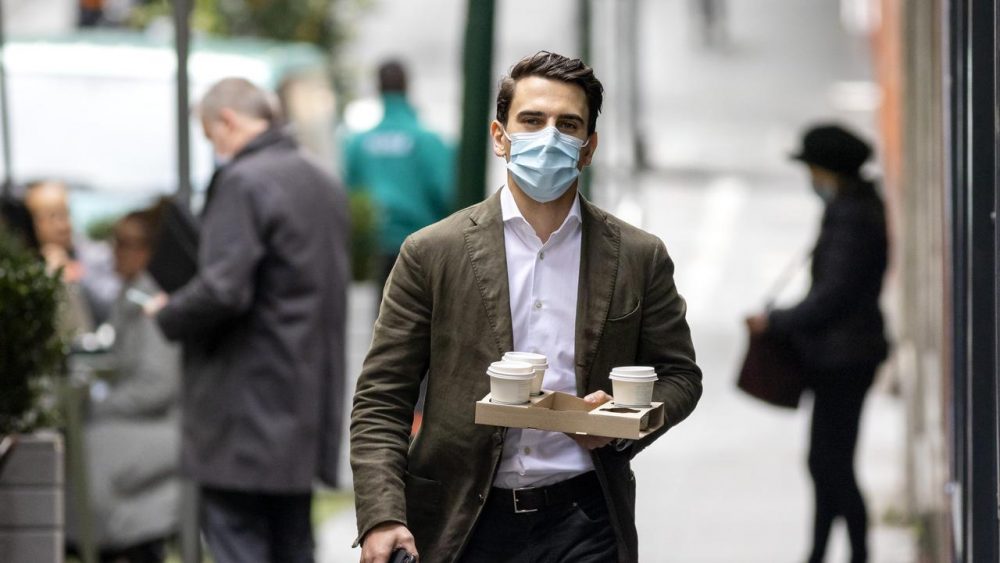 Qantas passengers from Tasmania to UK via Melbourne told to isolate

More than 60 Qantas passengers have been told to isolate out of caution after a Covid case emerged.

Sixty-one passengers on a Qantas flight have been told to isolate after a health worker who left Tasmania and travelled via Melbourne to the UK tested positive to the virus.

In a daily Covid-19 update on Saturday, Victorian testing head Jeroen Weimar said the person travelled via Melbourne on QF1542, which departed Launceston at 10.15am on July 2.

The person tested positive more than 72 hours after leaving Melbourne, and 61 passengers on the Qantas flight have been told to isolate and get a test.

“It is an exceptionally long shot, but out of an abundance of caution both ourselves … (and the) Tasmanian public health team have decided to take that very precautious stance to make sure that any remote chance of this person being positive while they were in Tasmania, or the four hours (they were) in Melbourne, that we just run that to ground,” Mr Weimar said.

“My thanks to 61 passengers who have been contacted.”

Tasmanian health authorities on Friday were investigating the movements of the health-worker, who had been working at the Launceston General Hospital before travelling around the state and flying home to London.

The health-worker and a colleague both had Covid-19 tests on June 30 and returned negative results.

The pair flew to Singapore and on to London, arriving on July 3, where a day later one of them tested positive for COVID-19.

Both had received Pfizer vaccinations in March and April this year and authorities believe the virus may have been picked up between Singapore and London.

The news comes as Victoria marked ten days without any local cases, after an outbreak of the Delta variant of the virus shut down Melbourne for part of last month.

The Victorian government eased coronavirus restrictions on Friday to allow bigger crowds at sporting and entertainment events and a slight relaxing of mask rules.

Health Minister Martin Foley said the state was in a “stable position” but urged Victorians not to become complacent.

“With the slower than forecast rollout of the Commonwealth vaccination program, reduction in returning traveller caps not yet in effect across the country and outbreaks interstate continuing to pose a risk to Victoria, the advice from our public health experts is that we ease those restrictions carefully and cautiously,” he said.

The easing of restrictions brings the city into line with the rules across regional Victoria.

From 11.59pm Saturday there will also be some changes to Victoria’s travel rules for other Australian states and territories.

All of the Northern Territory has been changed to a green zone, after Alice Springs and Darwin were formerly considered orange zones.