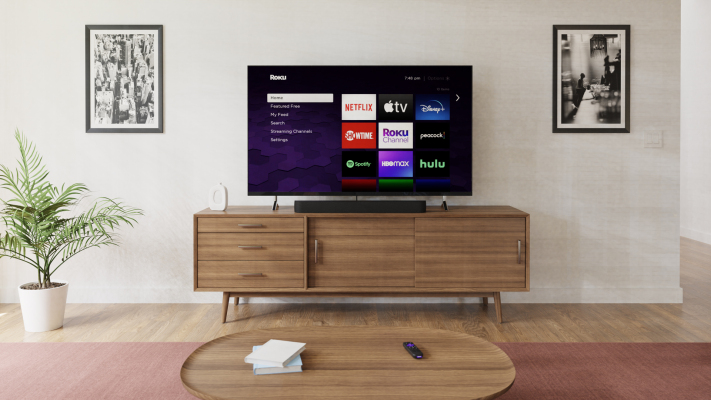 Roku is alerting its customers that they may lose access to the YouTube TV channel on its platform after negotiations with Google went south. The company alleges that Google is attempting to use its monopoly power to insist on unfair, anti-competitive terms concerning how Roku handles search results for YouTube content, customer data, and more. The email also urges Roku customers to reach out to Google to voice their concerns.

Details of the spat were first reported by Axios.

Roku says Google continues to ask for special treatment on Roku’s streaming media player platform, which today includes a dedicated search results row for YouTube that appears after a customer performs a universal voice search. Roku claims YouTube threatened to remove the YouTube app over a year ago if Roku didn’t comply with this particular demand. It now wants to ask Google to not preference its own service in the search results, as it believes this row doesn’t serve its customer base well. The row returns YouTube results at the top of the search results page, even when this isn’t relevant to what the customer was searching for in the first place, Roku explains.

In addition, Google is adding on to its earlier demands with a new series of requests to only show YouTube or YouTube Music search results when the YouTube app is open — even overriding Roku user preferences. Today, Roku allows its customers to set their own preferred music service provider for their music requests. Google asks that if a user presses the Roku voice search button while YouTube is open, that query returns only YouTube results. That means YouTube Music would play any music request, and YouTube search results would appear for any other request.

Roku says this also disadvantages the customer because it doesn’t honor the user’s preferences — like if their preferred music service is Roku. Also, Roku couldn’t even use the search results to tell the customer if they’ve already paid for the content being requested — like showing them a movie they’ve already bought on another service or one of their paid subscriptions that carry the title.

There are other concerning demands as well, including asks for customer data that goes outside the realm of industry-standard practices, Roku told TechCrunch. Roku says this data isn’t available to any other partners, and it doesn’t want to share it with Google, either.

Finally, Google wants to reserve the right to ask for new certification requirements, as needed, for carrying YouTube — changes that could impact the cost of Roku’s hardware. By increasing the specs — say, asking for a faster processor speed or more memory — Google could close the gap between Roku’s low-end $29 device with Google’s new $50 Chromecast with Google TV. Roku admits Google has asked for those sorts of hardware changes before, but it now wants that in the YouTube TV agreement, too.

More broadly, Roku is concerned about how Google is leveraging YouTube as it asks for these changes, even though the agreement being negotiated is YouTube TV. It says its deal with YouTube is not up for renewal at this time. We understand Google may have also issued similar requests to some TV platforms, but not larger companies like Apple (for Apple TV).

“Google is attempting to use its YouTube monopoly position to force Roku into accepting predatory, anticompetitive, and discriminatory terms that will directly harm Roku and our users,” a Roku spokesperson told TechCrunch. “Given antitrust suits against Google, investigations by competition authorities of anticompetitive behavior, and Congressional hearings into Google’s practices, it should come as no surprise that Google is now demanding unfair and anti-competitive terms that harm Roku’s users,” they said.

Roku declined to say whether or not it would bring its complaints before antitrust investigators, noting that, for now, it focuses on closing the deal for YouTube TV.

While it’s common to see carriage disputes when contracts come up for renewal, those tend to involve requests for more money to allow a platform — like a pay-TV provider, for example — to continue to carry a channel or group of channels. In this case, Roku says it is not asking for any change in economic terms.

In the email sent to customers this morning at 6 AM, Roku says it won’t accept Google’s terms and its “anti-competitive requirements to manipulate your search results, impact the usage of your data, and ultimately cost you more.”

The full letter is below:

We are sending this email to update you on the possibility that Google may take away your access to the YouTube TV channel on Roku. Recent negotiations with Google to carry YouTube TV have broken down because Roku cannot accept Google’s unfair terms as we believe they could harm our users.

Ensuring a great streaming experience at an exceptional value is the core of our business. We will always stand up for our users, which is why we cannot accept Google’s unfair and anticompetitive requirements to manipulate your search results, impact the usage of your data and ultimately cost you more.

While we are deeply disappointed in Google’s decision to use their monopoly power to try and force terms that will directly harm streamers, we remain committed to reaching an agreement with Google that preserves your access to YouTube TV, protects your data and ensures a level playing field for companies to compete. We encourage you to contact Google and urge them to reach an agreement to continue offering YouTube TV on Roku and to follow standard industry practices pledging not to require access to sensitive search data or to manipulate your search results.