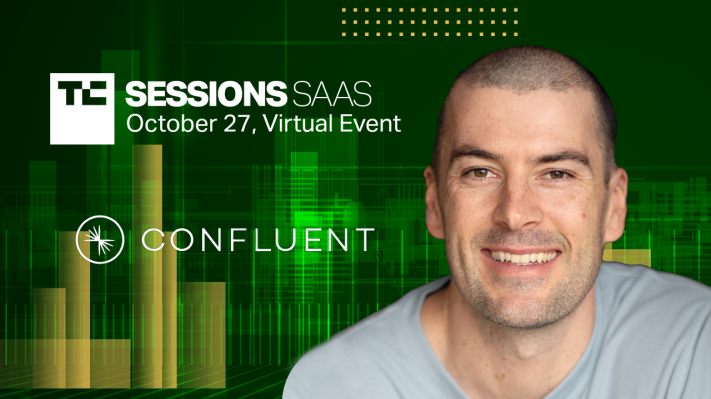 SaaS for a fireside chat – TechCrunch

As companies process ever-increasing amounts of data, moving it in real-time is a massive challenge for organizations. Confluent is a streaming data platform built on top of the open-source Apache Kafka project designed to process enormous numbers of events. To discuss this and more, Confluent CEO and co-founder Jay Kreps will be joining us at TC Sessions: SaaS on October 27 for a fireside chat.

Data is a big part of the story we are telling at the SaaS event, as it has such a critical role in every business. Kreps has said in the past, the data streams are at the core of every industry, from sales to orders to customer experiences. As he wrote in a company blog post announcing the company’s $250 million Series E in April 2020, Confluent is working to process all of this data in real-time — and that was a big reason investors were willing to pour so much money into the company.

“The reason is simple: though new data technologies come and go, event streaming is emerging as a major new category that is on a path to be as important and foundational in the architecture of a modern digital company as databases have been,” Kreps wrote at the time.

The company’s streaming data platform takes a multi-faceted approach to streaming and builds on the open-source Kafka project. While anyone can download and use Kafka, as with many open-source projects, companies may lack the resources or expertise to deal with the raw open-source code. Many startups have been built on open source to help simplify whatever the project does, and Confluent and Kafka are no different.

Kreps told us in 2017 that companies using Kafka as a core technology include Netflix, Uber, Cisco, and Goldman Sachs. But those companies have the resources to manage complex software like this. Mere mortal companies can pay Confluent to access a managed cloud version or handle it themselves and install it in the cloud infrastructure provider of choice.

The project was born at LinkedIn in 2011 when their engineers were tasked with building a tool to process the enormous number of events flowing through the platform. The company eventually open-sourced the technology it had created, and Apache Kafka was born.

Confluent launched in 2014 and raised over $450 million along the way. In April 2020, the company scored a $4.5 billion valuation on a $250 million investment in its last private round. As of today, it has a market cap of over $17 billion.

In addition to our discussion with Kreps, the conference will also include Google’s Javier Soltero, Amplitude’s Olivia Rose, and investors Kobie Fuller and Casey Aylward, among others. We hope you’ll join us. It’s going to be a thought-provoking lineup.

Buy your pass now to save up to $100 when you book by October 1. We can’t wait to see you in October!