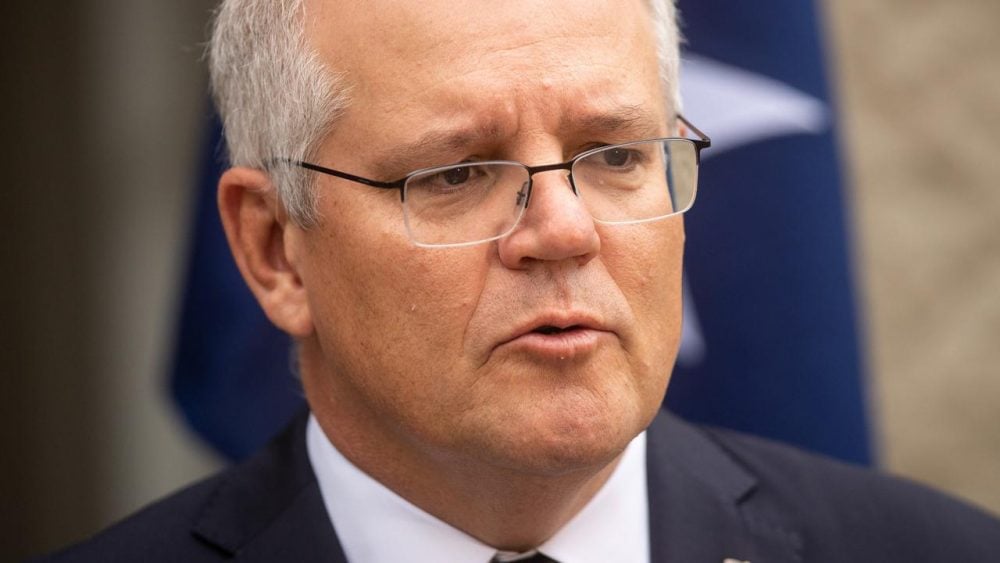 Scott Morrison has ditched plans to announce a new deadline to vaccinate all Australians against COVID-19 by the year’s end in a stunning about-face.

Scott Morrison has scrapped plans to announce a new deadline to vaccinate all Australians against COVID-19 in admission over the “uncertainties” surrounding the program by the end of the year.

Despite promising greater transparency on the rollout by providing daily updates on the number of people vaccinated, the Prime Minister confirmed on Sunday they will no longer commit to any targets on when the program will be fully completed or when most Australians will have their first jab.

The Morrison Government had previously raised hopes that most Australians would have their first COVID jab by the end of October, with the majority of adults fully vaccinated in the two-jab vaccination program by the end of 2021.

“Each day, we are now updating information on the rollout of the vaccine,” the Prime Minister said in a Facebook post outlining the latest figures.

But while the original program included a target for Phase A and Phase B for vulnerable people and frontline workers, the Prime Minister said there would no longer be updated or provided.

The Prime Minister will also not commit to a timetable on when most Australians are vaccinated, which is necessary to reopen international borders and relax hotel quarantine requirements.

“The Government has also not set, nor has any plans to set any new targets for completing first doses,” he said.

“While we would like to see these doses completed before the end of the year, it is not possible to set such targets given the many uncertainties involved. We will just get on with the job of working together to produce, distribute and administer the vaccines as safely and efficiently as possible. These daily data reports will enable Australians to be kept informed of the progress.

“At the end of this past week, it’s also important to note that more than 142,000 doses have been administered to our aged care residents, in more than 1,000 facilities, with over 46,000 of these now being second doses in over 500 facilities.”

The Morrison Government’s vaccine rollout has been hit by the revised medical advice over the AstraZeneca vaccine that it is not the preferred option for under the 50s.

According to some experts, this decision was made because younger Australians are less likely to die from COVID if they contract it, making the rare risk of a blood clot from the vaccine a higher risk from COVID.

On April 8, the Prime Minister said the fallout would take some time for the Morrison Government to work through after it was hit with new health advice on Thursday night to advise anyone under 50 to consider the alternative Pfizer vaccine – if it’s available.

But he implied that a timetable may be offered down the track.

“In terms of what the overall implications are at this stage, it’s too early to give you that answer,’’ the Prime Minister said on Thursday.

“I mean, this now has to be considered. The impacts assessed. And the program evaluated and recalibrated and, once we’ve done that, we’ll be in a better position to understand those implications.”

But the Facebook post today implies that the political ramifications are too significant given the uncertainties over vaccine imports from Europe and any other updated medical advice in the future.

Earlier, Trade Minister Dan Tehan said it was still the government’s hope that most Australians would be vaccinated before 2022.

“That’s definitely the aim, that’s the goal as we’ve said, to try and have all Australians have a dose by the end of the year. But we have to remember that we’re dealing with a pandemic. Things can change,” he told Sky News.

However, Labor accused the Prime Minister of bungling the rollout. Labor’s health spokesman Mark Butler said it was crucial people get vaccinated as soon as possible.

“A range of experts in Australia were saying that best practice was to have more than four deals, five, six deals, the UK has seven deals on the table, to ensure redundancy in our system, to ensure there was a backup when something like the AstraZeneca advice arose,” Mr. Butler said.

“The UK, for example, is also dealing with the fact they’re not going to be giving AstraZeneca to young people, but they’ve been able to substitute the Moderna vaccine, a highly effective state of the art MRNA vaccine, and will soon be substituting the Johnson and Johnson vaccine as well.”