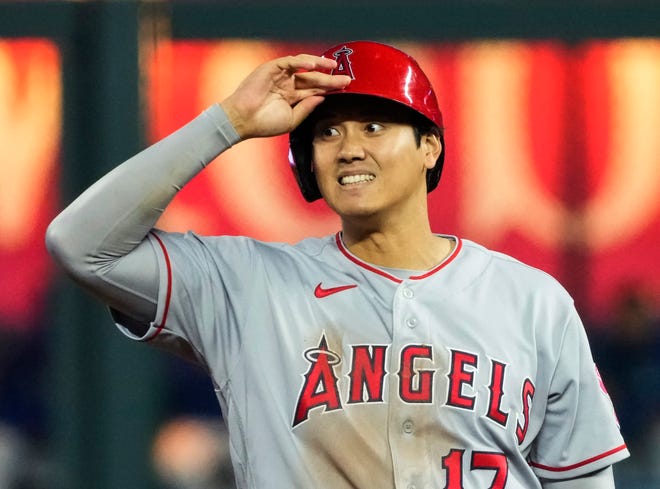 The 2021 MLB season is hardly two weeks old, but there’s a good chance no one hits a ball harder than Shohei Ohtani did Monday night.

The Los Angeles Angels two-way player — sporting a 1.109 OPS through his first 41 plate appearances this year — scalded a double-off reliever Kansas City Royals reliever Scott Barlow to the right field that one-hopped the wall left the bat at 119 mph, according to MLB’s Statcast.

Two runs scored to give the Angels a 6-3 lead in the seventh inning, and Ohtani joined an exclusive list of players who have hit a ball that hard since Statcast began tracking in 2015. The 2018 American League Rookie of the Year is the first left-handed hitter to join the 119-mph-plus club. The others are:

“It’s impressive,” manager Joe Maddon said via MLB.com. “He’s an impressive athlete. And right now, he can’t feel any better about himself or have any more self-confidence.”

Ohtani’s second double of the night, which came in the ninth, wasn’t as hard-hit; it left the bat at 83.8 mph and had an expecting batting average of .050.

Ohtani, 26, is batting .333 and has seven extra-base hits (three homers, three doubles, two triples) with 11 RBI and 11 strikeouts to start the year. One of those homers included a 451-foot blast that came during his first start on the mound last Sunday.

This past weekend, the Angels skipped Ohtani in his rotation spot as he deals with a blister that had nagged him since before the season began.

Ohtani threw a light bullpen earlier Monday but will have another, higher-intensity side session in the coming days that should provide a clearer picture of whether he can pitch through the blister, he said.