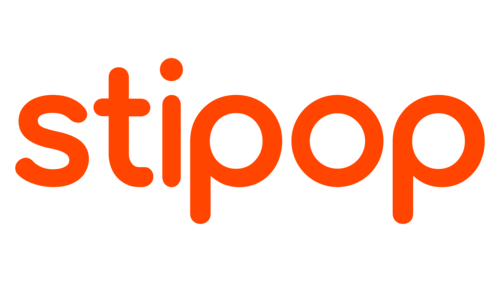 With more than 270,000 stickers, Stipop’s library of colorful, character-driven expressions has a little something for everyone.

“We were able to gather so many artists because we actually began as our own app that provided stickers,” Stipop co-founder Tony Park told TechCrunch. The team took what they learned from running their own consumer-facing app — namely that collecting and licensing hundreds of thousands of stickers from artists worldwide is hard work — and adapted their business to help solve that problem for others.

Stipop was the first Korean company to go through Yellow, Snapchat’s exclusive accelerator. The company is also part of Y Combinator’s Summer 2021 cohort.

Stipop’s sticker library is accessible through an SDK and an API, letting developers slot the searchable sticker library into their existing software. The company already has more than 200 companies that tap into its colossal sticker trove, which offers a “single-day solution” for a process that would otherwise necessitate a lot more legwork. Stipop launched a website recently that helps developers integrate its SDK and API through quick installs.

“They can just add a single line of code inside their product and will have a fully customized sticker feature [so] users will be able to spice up their chats,” Park said.

Park points out that stickers encourage engagement — and for social software, engagement means growth. Stickers are a playful way to send characters back and forth in chat, but they also pop up in several less apparent spots, from dating apps to e-commerce and ridesharing apps. Stipop even drives the sticker search in work collaboration software Microsoft Teams.

The company has already partnered with Google, which uses Stipop’s sticker library in Gboard, Android Messages, and Tenor, a GIF keyboard platform that Google bought in 2018. That partnership drove 600 million sticker views within the first month. A new collaboration between Stipop and Coca-Cola on the near horizon will add Coke-branded stickers to its sticker library. The company is opening its doors to more brands that understand the unique appeal of stickers in messaging apps.

Park says that people tend to compare stickers and gifs, two ways of wordlessly expressing emotion and social nuance, but stickers are a world unto themselves. Stickers exist in their own creative universe, with star artists, regional themes, and original casts of characters that take on a life of their own among fans. “Sticker creators have their own profession,” Park said.

Visual artists can also find a lot of traction releasing stickers, even without sophisticated illustrations. And since they’re all about meaning rather than refinement, non-designers, and less skilled artists can craft hit stickers too.

“Stickers are great for them because it [is] so easy to go viral,” Park said. The company has partnered with 8,000 sticker creators across 25 languages, helping those artists monetize their creations and generate income based on how many times a sticker is shared.

Stickers command their own visual language worldwide, and Park has observed interesting cultural differences in how people use them to communicate. In the West, stickers are often used in place of text, but in Asia, where they’re used much more frequently, people usually send stickers to enhance rather than replace the meaning of the text.

“With stickers, you fall in love with [the] characters you send… that becomes you,” Park said.