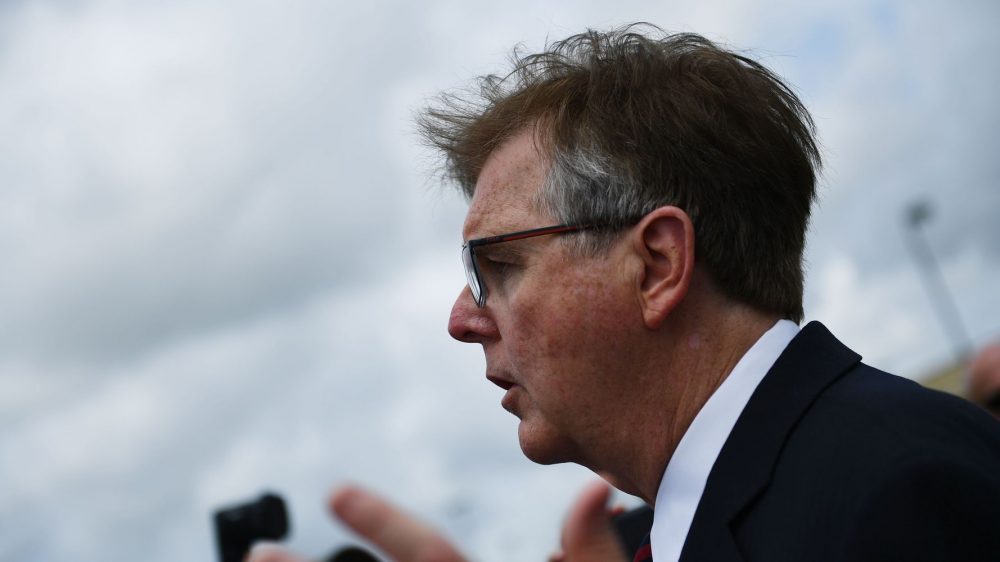 Texas Republicans are not backing down from their call to pass legislation restricting the participation of transgender students in school sports despite its failure in the state House last month.

In a Wednesday email to constituents, Lt. Gov. Dan Patrick (R) said he is still pushing for the state legislature to require trans-student-athletes to compete under the gender they were assigned at birth.

The Republican urged Texans to sign a petition calling for the issue to be included in a July 8 special session, purportedly to “support fair sports for women and girls.” (It should be noted that trans women and girls are just as many women and girls as their cisgender counterparts.)

“Though this bill was killed in the Texas House, it is one of my TOP priorities for the next Special Session,” he wrote. “Despite the attacks from the Left, I will not back down from what you have elected me to do.”

Inbox:
Lt. Gov. Dan Patrick says requiring transgender student athletes to compete under the sex listed on their birth certificate remains one of his top issues, renewing his call for its inclusion in the July 8 special session.#txlege pic.twitter.com/hzE5zpCRMW

During the latest legislative session, Republicans in Texas introduced 13 bills targeting transgender youth ― the most anti-LGBTQ bills of any state, according to the American Civil Liberties Union. In addition to banning trans youth from competing in school sports that best correspond with their gender identity, the bills would prohibit doctors from providing trans youth with gender-affirming health care and criminalizing parents who support their trans children.

None of the 13 bills passed. The bill targeting trans athletes, S.B. 29, argued that allowing trans girls to play on school sports teams gave them an unfair advantage against cisgender girls because of their physiological characteristics.

This argument is faulty because trans athletes vary in athletic ability, just like cisgender athletes. There has been documentation of cis girls performing as well or better than trans competitors. The argument also implies that a trans girl is in the same body with the same physiological characteristics as before she identified as trans, which is often not the case.

“A person’s genetic makeup and internal and external reproductive anatomy are not useful indicators of athletic performance,” Dr. Joshua Safer said last year. “For a trans woman athlete who meets NCAA standards, there is no inherent reason why her physiological characteristics related to athletic performance should be treated differently from the physiological characteristics of a non-transgender woman.”

Texas House Democrats spent the last day of the legislative session using delay tactics to keep several GOP bills, such as S.B. 29, from coming up in time for debate. The bill ran out of time for consideration in the state House as the lower chamber hit the deadline for passing all Senate bills in the session.

But on Tuesday, Gov. Greg Abbott announced that he’s set a special legislative session starting July 8. According to the Texas Tribune, the Republican governor did not specify what legislative priorities will be included in the agenda, saying in an advisory that such items “will be announced before the convening of the special session,” according to the Texas Tribune.

Abbott has not yet indicated that S.B. 29 would be reintroduced in the session, but the lieutenant governor has asked him to include it.

“Failed, scared leadership is once again terrorizing trans Texas children despite widespread opposition and real issues they should actually be addressing,” Texas Freedom Network political director Carisa Lopez said. “It is downright cruel that Dan Patrick would even threaten to put this bill on the floor again, especially in the wake of widespread opposition from everyday Texans and Texas businesses.”

“Trans Texans just want to live a life like anybody else ― to be accepted and comfortable in their own skin. Patrick can put it back on the calendar at his own risk ― this backfired on him in 2017, and his lack of addressing issues that actually matter, the grid, the vaccine rollout, and our economy will backfire on him again in 2022,” Lopez continued. “In the meantime, we will continue to oppose these anti-trans measures and fight back every opportunity we get. This is bigger than politics; this is right and wrong.”

On Jan. 20, President Joe Biden spent his first day in office issuing a slew of executive orders, including an order that asserted, among other things, that “children should be able to learn without worrying about whether they will be denied access to the restroom, the locker room, or school sports.”

Many Republicans and right-wing organizations immediately objected to the idea and began circulating the lie that trans people pose a threat to non-trans women. This is broadly untrue, including in the context of sports, where anti-trans officials have focused their efforts over the last two years.

Biden’s order reaffirmed the Civil Rights Act of 1964, a federal law that already prohibits discrimination on the basis of sex in employment, education, housing, health care and credit. Last year, the Supreme Court ruled in Bostock vs. Clayton County that it is impossible to discriminate against the LGBTQ community without discriminating on the basis of sex.

Biden’s order does, however, signify that the White House is prepared to defend and enforce the legal protections LGBTQ people are entitled to under federal law ― a stark difference from Biden’s predecessor.

But despite the Biden administration’s efforts, Republicans across the country have introduced at least 171 pieces of legislation that target trans rights this year, 45% of which aim to limit trans people’s participation in sports, according to a legislative database compiled by the Progressive Caucus Action Fund.

“The Biden administration recently signaled that it is prepared to enforce what multiple federal appeals courts have agreed: Title IX protects transgender students from discrimination,” ACLU Texas policy strategist Adri Perez said. “Any attempt to codify discrimination by excluding transgender kids from playing sports and being kids as their authentic selves has no place in Texas.”