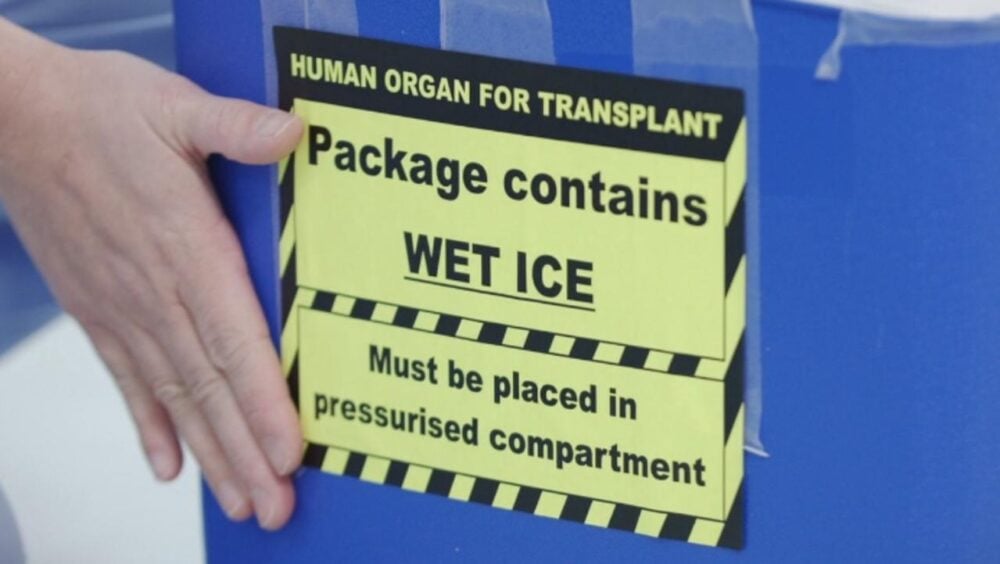 The Great Registration Race for DonateLife Week: Call for 100,000 Australians to register as organ and tissue donors

With organ donation dropping by 20 percent due to the pandemic, more than 1800 Australians are now languishing on waiting lists. Here’s how you can save lives.

All it takes is one minute to save a life.

This is the message for 13 million Australians aged 16 and over eligible to register as organ and tissue donors – but haven’t.

With organ donation dropping by 20 percent due to the pandemic, more than 1800 Australians are now languishing on waiting lists, with another 12,000 on dialysis.

In the lead-up to The Great Registration Race for DonateLife Week from July 25-August 1, the Federal government and the Organ and Tissue Authority (OTA) are calling on the nation to realize how simple it is to make a difference.

“It doesn’t matter how old you are, your medical history, your lifestyle, what country you’re from, or how healthy you are – you can register as an organ and tissue donor. It only takes one minute at donatelife.gov.au/register.”

As the decision to donate organs and tissues ultimately come down to family, the 2020 Australian Donation and Transplantation Activity Report found registrations helped them make the difficult decision.

“We know more families say ‘yes’ to donation in hospital – if you are in the situation where donation is possible – if you are registered or your family knows you want to donate,” Dr Gillespie said.

“So register and talk with your family.”

Approximately 170,000 Australians die each year, with around 80,000 of these deaths occurring in Australian hospitals – a prerequisite for qualifying as a suitable donor.

Only two per cent of these hospital deaths can be considered for organ donation and in 2020, this meant only about 1250 people died in a way where organ donation could have been considered.

Requests to families were made in 1170 cases, with 680 families saying ‘yes’. Of these, 463 became eligible donors, saving the lives of 1270 organ recipients.

It comes as a new YouGov poll found six in 10 people mistakenly believed some people can’t become organ donors when they die due to cancer, smoking, drinking, old age and general unhealthiness.

Age is also no barrier – 70 organ and tissue donors in 2020 were aged 65 and over and surprisingly, corneas from older people are often better for eye donation.

OTA CEO Lucinda Barry said: “A recent poll of 60,000 Australians (ABC Australia Talks survey) showed four out of five say they’d be willing to donate their organs when they die.

“So the problem isn’t that people are against organ and tissue donation – it’s that they’re not sure if they’re eligible to sign up, mistakenly think they’re already registered, or simply don’t know how to register.”

Have the discussion with your family and join The Great Registration Race in less than a minute by signing up as an organ and tissue donor: donatelife.gov.au/register