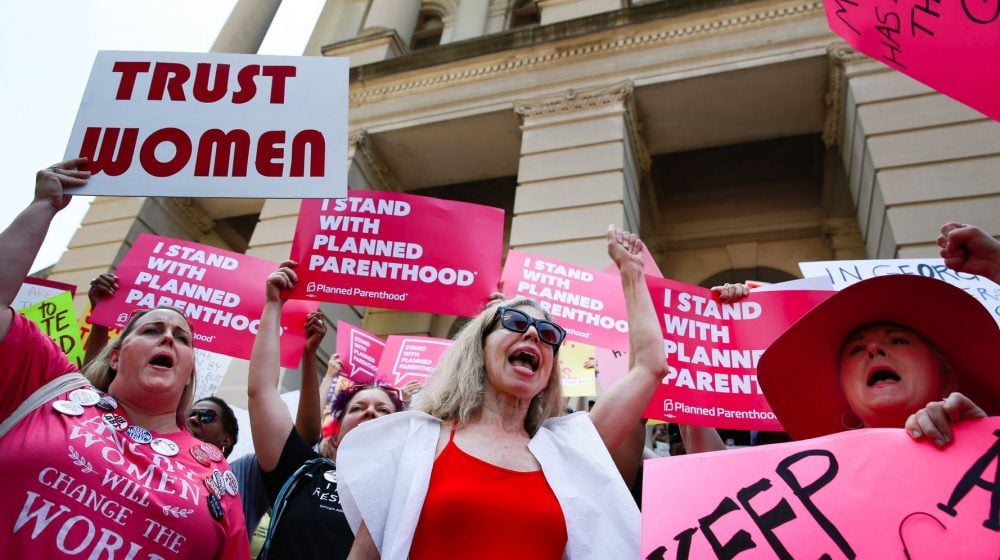 The Lawmakers Behind ‘Fetal Heartbeat’ Abortion Bans Are Lying To You

But despite the medical community speaking out against the inaccurate language and dozens of lawsuits stopping those laws from going into effect, those bills haven’t slowed down. The latest comes from Texas, where Gov. Greg Abbott (R) signed a bill Wednesday effectively banning abortions as soon as a doctor can detect cardiac activity in an embryo, which typically happens at around six weeks into a pregnancy.

But doctors say that not only is that cutoff completely arbitrary, it’s also based on the false premise that a “fetal heartbeat” — a phrase often included in the bills’ titles — even exists at that stage of pregnancy.

“To say that a six-week pregnancy has a fetal anything is incorrect,” explained Dr. Colleen McNicholas, an obstetrician-gynecologist who performs abortions, noting that the term “fetal heartbeat” isn’t even applicable until about 10 weeks into a pregnancy. At that point, an embryo has developed sufficiently to be called a fetus.

At six weeks, an embryo’s cardiac development “doesn’t at all resemble what would eventually become a functioning human adult heart,” she said. “At that point, it really is just these two tubes with a couple of layers of cardiac or heart cells that can vibrate or cause some sort of movement that we use colloquially to talk about a ‘fetal heartbeat.'”

McNicholas is based in St. Louis, Missouri, where an appeals court weighs one of the laws signed in 2019.

Governors in South Carolina, Oklahoma, and Idaho have all signed similar bills similar to Texas this year. However, they, too, are tied up by legal challenges.

Dr. Carley Zeal, another OB-GYN based in St. Louis, expressed similar frustration with the “fetal heartbeat” terminology these bills are using.

An embryo at six weeks “has no other functioning organs, no ability to live on its own, and it’s actually so small that when we review pathology from an abortion or a miscarriage at six weeks gestation, there’s not an identifiable fetus to review,” she said. “It’s just a gestational sac and some cells, so it’s very small and definitely not able to live outside of the womb.”

At that point, an embryo is less than a centimeter long, she said. That’s smaller than a penny or the width of most people’s pinky fingers.

But the way the lawmakers orchestrating these abortion bans speak about pregnancy at that stage leaves a very different impression.

“If there is a detection of a heartbeat, that child is a living human being, and you can no longer murder this child in its mother’s womb,” Kentucky state Sen. Matt Castlen (R) said at a press conference when introducing his state’s “fetal heartbeat” bill in 2019.

To say that a six-week pregnancy has a fetal anything is incorrect.
Dr. Colleen McNicholas, obstetrician-gynecologist

“What we’re doing is … recognizing that the child with a beating heart inside of mom that’s got a heartbeat, that they’re preparing a nursery for, that is wiggling around inside mom, is actually a person,” Georgia state Rep. Ed Setzler (R), the architect behind his state’s abortion ban, also said that year.

“Science tells us that the heartbeat really is the beginning of life and the end of life,” he added.

Science doesn’t actually tell us that, said Zeal, who testified against the Missouri bill as part of her involvement with the group Physicians for Reproductive Health. The focus on the heartbeat as a cutoff date is completely arbitrary.

“There’s a lot of talk from the other side about a heartbeat being the point at which a life begins, which is really based on their ideologies,” she said. “What we are trying to focus on as providers is to take it away from their black-and-white ideology and focus back on what is safest and what is the most effective care for our patients.”

McNicholas agreed. “From a medical standpoint, there is no single organ that we say defines life,” she said.

To her, focusing on the heart is taking advantage of one of society’s most deep-seated word associations. The heart is merely a muscle that pumps blood through someone’s circulatory system, but idioms like “following your heart” and “a broken heart” have given anti-abortion activists something that tugs at people’s heartstrings ― figuratively speaking.

Beyond lawmakers ignoring facts about embryology, they’re disregarding a huge practical issue: Many patients don’t know they’re pregnant in the first six to eight weeks of pregnancy, both doctors said. It’s common for patients who have irregular periods, thyroid issues, financial insecurities that limit their medical access and other atypical circumstances to miss or not have any early signs of pregnancy.A demonstrator in Columbia, South Carolina, in February holds up a sign in favor of the state’s six-week abortion ban.

But lawmakers supporting those bills are dismissing those common circumstances. Missouri state Rep. Barry Hovis (R) argued in 2019 that under his state’s bill, which estimated that a fetal heartbeat can be detected at eight weeks instead of six, patients would still have plenty of time to seek out an abortion.

“I’ve never really studied it, but I’ve heard of the morning-after pill, where if someone feels they’ve been sexually assaulted, they could go do that,” he said at the bill’s final hearing. “It gives them ample time in that eight weeks to make those exclusions.”

We shouldn’t give lawmakers a pass to play dumb, Zeal said.

“Make no mistake, these bans are designed to ban almost all abortion,” she emphasized. “Legislators writing these bans understand that this would make almost all abortions that we do illegal and make it completely inaccessible to patients, and that’s why they’re trying to get them through. It’s not at all based on a woman’s health or a fetus’ health.”

Although abortion remains legal in all 50 states, a serious threat to that looms. The Supreme Court announced Monday that it would take up a case addressing “whether all pre-viability prohibitions on elective abortions are unconstitutional” ― a question that not only addresses six-week bans, but also outright bans governors in Alabama and Arkansas have tried to enact.

This is the first time the court has agreed to review an abortion ban since deciding Roe v. Wade in 1973, which has protected access to the procedure for 48 years. If the court ― reshaped into a firmly conservative body by former President Donald Trump ― decides in favor of such bans, the protections established in Roe v. Wade would be essentially tossed out. Twenty-four states hostile to the procedure would likely ban abortion outright, abortion rights activists warn.