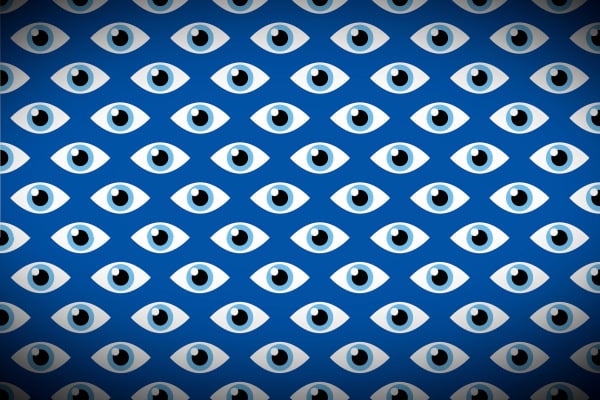 “Big Tech platforms amplify hate, illegal activities, and conspiracism — and feed users increasingly extreme content — because that’s what generates the most engagement and profit,” they warn.

“Their own algorithmic tools have boosted everything from white supremacist groups and Holocaust denialism to COVID-19 hoaxes, counterfeit opioids, and fake cancer cures. Echo chambers, radicalization, and viral lies are features of these platforms, not bugs — central to the business model.”

The coalition also warns over surveillance advertising’s impact on the traditional news business, noting that shrinking revenues for professional journalism is raining more harm down upon the (genuine) information ecosystem democracies need to thrive.

The potshots are well-rehearsed at this point, although it’s an oversimplification to blame the demise of traditional news on tech giants so much as “giant tech”: aka the industrial disruption wrought by the internet making so much information freely available. But the dominance of the programmatic adtech pipeline by a couple of platform giants clearly doesn’t help. (Australia’s recent legislative answer to this problem is still too new to assess for impacts, but there’s a risk its news media bargaining code will merely benefit big media and big tech while doing nothing about the harms of either industry profiting off of outrage.)

“Facebook and Google’s monopoly power and data harvesting practices have given them an unfair advantage, allowing them to dominate the digital advertising market, siphoning up revenue that once kept local newspapers afloat. So while Big Tech CEOs get richer, journalists get laid off,” the coalition warns, adding: “Big Tech will continue to stoke discrimination, division, and delusion — even if it fuels targeted violence or lays the groundwork for an insurrection — so long as it’s in their financial interest.”

Among a laundry list of harms, the coalition links to the dominant ad-based online business models of tech giants Facebook and Google are funding what they describe as “insidious misinformation sites that promote medical hoaxes, conspiracy theories, extremist content, and foreign propaganda”.

“Banning surveillance advertising would restore transparency and accountability to digital ad placements, and substantially defund junk sites that serve as critical infrastructure in the disinformation pipeline,” they argue, adding: “These sites produce an endless drumbeat of made-to-go-viral conspiracy theories that are then boosted by bad-faith social media influencers and the platforms’ engagement-hungry algorithms — a toxic feedback loop fueled and financed by surveillance advertising.”

Other harms they point to are the risks posed to public health by platforms’ amplification of junk/bogus content such as COVID-19 conspiracy theories and vaccine misinformation; the risk of discrimination through unfairly selective and/or biased ad targetings, such as job ads that illegally exclude women or ethnic minorities; and the perverse economic incentives for ad platforms to amplify extremist/outrageous content to boost user engagement with content and ads, thereby fuelling societal division and driving partisanship as a byproduct of the fact platforms benefit financially from more range being spread.

The coalition also argues that the surveillance advertising system is “rigging the game against small businesses” because it embeds platform monopolies — which is a neat counterpoint to tech giants’ defensive claim that creepy ads somehow level the playing field for SMEs versus more prominent brands.

“While Facebook and Google portray themselves as lifelines for small businesses, the truth is they’re simply charging monopoly rents for access to the digital economy,” they write, arguing that the duopoly’s “surveillance-driven stranglehold over the ad market leaves the little guys with no leverage or choice” — opening them up to exploitation by big tech.

The current market structure — with Facebook and Google controlling close to 60% of the U.S. ad market — is thus stifling innovation and competition, they further assert.

“Instead of being a boon for online publishers, surveillance advertising disproportionately benefits Big Tech platforms,” they go on, noting that Facebook made $84.2 billion in 2020 ad revenue and Google made $134.8 billion off advertising “while the surveillance ad industry ran rife with allegations of fraud”.

The campaign being kicked off is by no means the first call for a ban on behavioral advertising. Still, given how many signatories are backing this one, it’s a sign of the scale of the momentum building against a data-harvesting business model that has shaped the modern era and allowed a couple of startups to metamorphosize into society- and democracy-denting giants.

That looks important as U.S. lawmakers are now paying close attention to significant-tech impacts — and have several big tech antitrust cases actively on the table. Although it was European privacy regulators that were among the first to sound the alarm over microtargeting’s abusive impacts and risks for democratic societies.

Back in 2018, in the wake of the Facebook data misuse and voter targeting scandal involving Cambridge Analytica, the U.K.’s ICO called for an ethical pause on the use of online ad tools for political campaigning — penning a report entitled “Democracy Disrupted? Personal information and political influence”.

It’s no small irony that the self-same regulator has so far declined to take any action against the adtech industry’s unlawful use of people’s data — despite a warning in 2019 that behavioral advertising is out of control.

The ICO’s ongoing inaction seems likely to have fed into the U.K. government’s decision that a dedicated unit is required to oversee big tech.

In recent years the U.K. has singled out the online ad space for antitrust concern — saying it will establish a pro-competition regulator to tackle big tech’s dominance, following a market study of the digital advertising sector carried out in 2019 by its Competition and Markets Authority, which reported substantial concerns over the power of the adtech duopoly.

Last month, meanwhile, the European Union’s lead data protection supervisor urged not a pause but a ban on targeted advertising based on tracking internet users’ digital activity — calling on regional lawmakers’ to incorporate the lever into a significant reform of digital services rules which is intended to boost operators’ accountability, among other goals.

The European Commission’s proposal had avoided going so far. But negotiations over the Digital Services Act and Digital Markets Act are ongoing.

Last year the European Parliament also backed a stricter stance on creepy ads. Again, though, the Commission’s framework for tackling online political ads does not suggest anything so radical — with EU lawmakers pushing for greater transparency instead.

It remains to be seen what U.S. lawmakers will do. Still, with U.S. civil society organizations joining forces to amplify an anti-ad-targeting message, there’s rising pressure to clean up the toxic adtech in its own backyard.

Commenting in a statement on the coalition’s website, Zephyr Teachout, an associate professor of law at Fordham Law School, said: “Facebook and Google possess enormous monopoly power, combined with the surveillance regimes of authoritarian states and the addiction business model of cigarettes. Congress has broad authority to regulate their business models and should use it to ban them from engaging in surveillance advertising.”

“Surveillance advertising has robbed newspapers, magazines, and independent writers of their livelihoods and commoditized their work — and all we got in return were a couple of abusive monopolists,” added David Heinemeier Hansson, creator of Ruby on Rails, in another supporting statement. “That’s not a good bargain for society. By banning this practice, we will return the unique value of writing, audio, and video to the people who make it rather than those who aggregate it.”

With U.S. policymakers paying increasingly close attention to adtech, it’s interesting to see Google is accelerating its efforts to replace support for individual-level tracking with what it’s branded as a “privacy-safe” alternative (FLoC).

Yet the tech it’s proposed via its Privacy Sandbox will still enable groups (cohorts) of web users to be targeted by advertisers, with ongoing risks for discrimination, the targeting of vulnerable groups of people, and societal-scale manipulation — so lawmakers will need to pay close attention to the detail of the “Privacy Sandbox” rather than Google’s branding.

“This is, in a word, bad for privacy,” warned the EFF, writing about the proposal back in 2019. “A flock name would essentially be a behavioral credit score: a tattoo on your digital forehead that gives a succinct summary of who you are, what you like, where you go, what you buy, and with whom you associate.”

“FLoC is the opposite of privacy-preserving technology,” it added. “Today, trackers follow you around the web, skulking in the digital shadows to guess at what kind of person you might be. In Google’s future, they will sit back, relax, and let your browser do the work for them.”