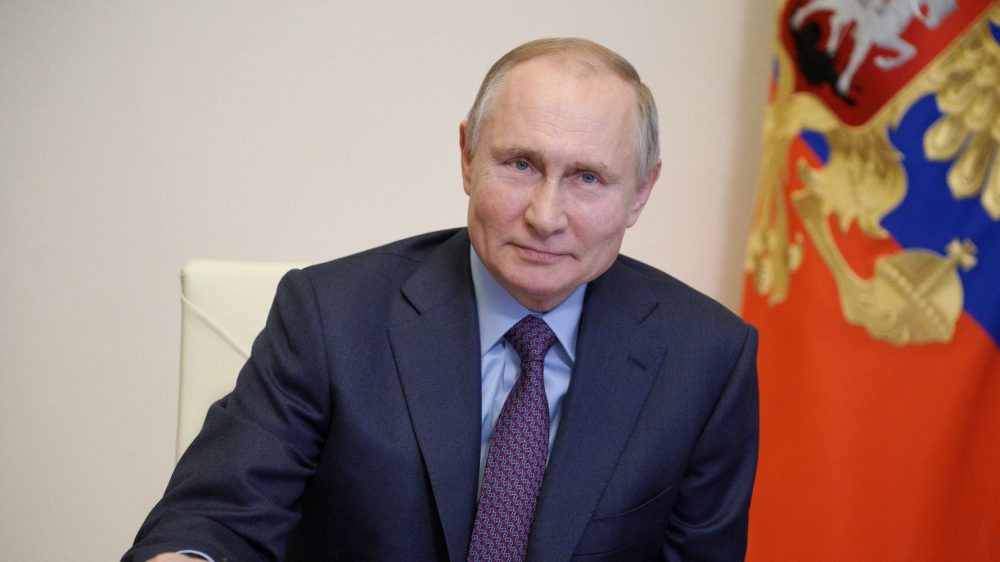 Vladimir Putin To Get Vaccinated For Coronavirus On Tuesday

MOSCOW (AP) — President Vladimir Putin said he will get a coronavirus vaccine shot on Tuesday, several months after widespread vaccination started in Russia.

Kremlin opponents have criticized Putin for not getting vaccinated amid a comparatively slow rollout of the shot in Russia, arguing that his reluctance contributes to the already extensive hesitance about the vaccine. Russia, where only 4.3% of the 146-million population have received at least one dose, lags behind several countries in terms of the vaccination rate.

Surveys by Russia’s top independent pollster Levada Center have shown that some Russians reluctant to get vaccinated with Sputnik V has grown in recent months — to 62% in February from 58% in December. The Kremlin has said it doesn’t see a connection between Putin not getting vaccinated and public trust in the Russian COVID-19 vaccine.

On Monday, Putin, 68, told a meeting with government officials and vaccine developers that he will get his shot “tomorrow,” without specifying which coronavirus vaccine out of the three authorized for use in Russia he will take.

Russian authorities have given regulatory approval to three domestically developed shots. Sputnik V was approved last August with much fanfare at home and criticism abroad because, at the time, it had only been tested on a few dozen people.

But a recent study published in the British medical journal The Lancet showed the Sputnik V is 91% effective and appears to prevent inoculated individuals from becoming severely ill with COVID-19. However, it’s still unclear if the vaccine can prevent the spread of the disease.

Two other Russian vaccines, EpiVacCorona and CoviVac, have also received regulatory approval before completing late-stage trials experts say are necessary to ensure their safety and effectiveness in line with established scientific protocol. EpiVacCorona is still undergoing these trials, while CoviVac was to begin them in March. No data on the efficacy of these two vaccines have been released.

Putin’s spokesman Dmitry Peskov also wouldn’t say which one of the three Putin will take on Tuesday, saying only that “all of them are good and reliable.”

According to the Russian president, 6.3 million people in Russia have already received at least one shot, and more than 4.3 million have had two doses.

Putin said that 60% of Russian adults need to be vaccinated to achieve herd immunity, which requires 69.8 million vaccines. As of March 17, around 8.9 million two-dose sets of Sputnik V have been released into circulation in Russia, as well as over 115,000 two-dose locations of EpiVacCorona, the Russian leader said.

“Today, we can confidently say … that the Russian vaccines are absolutely reliable and safe,” Putin said. “It is an absolute success of our scientists and specialists.”

Putin and his spokesman have been repeatedly asked why the president hasn’t been vaccinated so far. In December, the Russian leader said Sputnik V wasn’t being recommended to people of a certain age, adding that “vaccines have not yet reached people like me.”

At the time, the shot was only being offered to people ages 18 to 60, but in less than two weeks after Putin’s remarks, Russian health authorities cleared the vaccine for those older than 60.