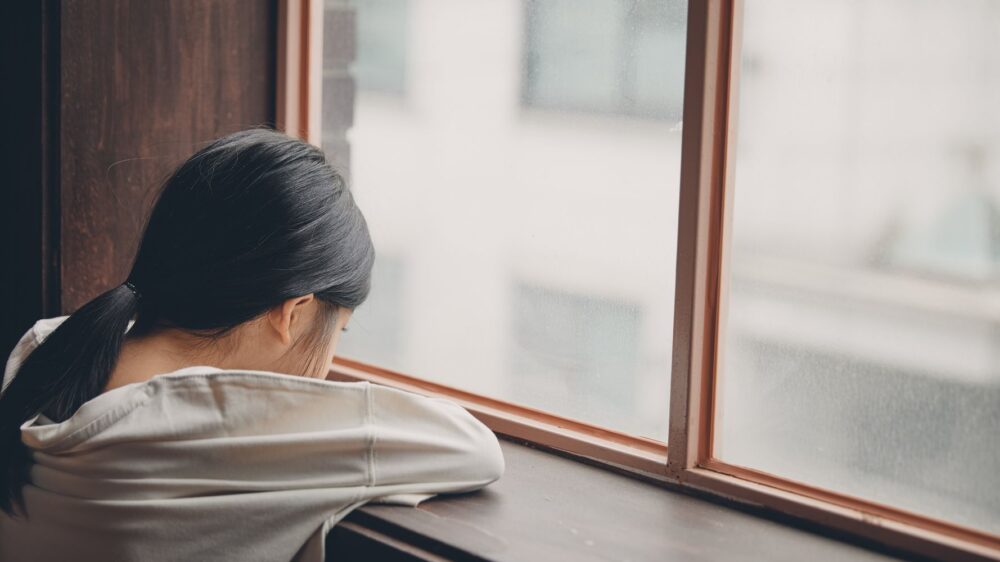 What Every Parent Needs To Know About Kids And Suicidal Thoughts

The United States’ top experts in pediatric health say the mental health crisis among children has become a national emergency.

The American Academy of Pediatrics, the American Academy of Child and Adolescent Psychiatry, and the Children’s Hospital Association issued a joint statement this week to warn of “soaring rates of mental health challenges” among children, teens, and their parents during the COVID-19 pandemic, worsening a crisis that had already existed.

“Rates of childhood mental health concerns and suicide rose steadily between 2010 and 2020, and by 2018, suicide was the second leading cause of death for youth ages 10-24,” the groups said. “The pandemic has intensified this crisis: Across the country, we have witnessed dramatic increases in Emergency Department visits for all mental health emergencies including suspected suicide attempts.”

Of course, no parent wants to contemplate the possibility that their child is actively thinking of harming themselves or having more passive suicidal ideation. But as the recent crisis declaration lays bare, many children are. And prior research suggests that roughly half of the parents whose children consider suicide have no idea.

With that in mind, here are some basics every parent needs to know.

Article Summary show
Suicidal ideation occurs on a spectrum.
Even very young kids can have suicidal thoughts.
Don’t wait for these conversations to feel easy.
Talking to children about suicide will NOT put the idea in their heads
But this problem shouldn’t just be on parents to ‘solve.’

Suicidal ideation occurs on a spectrum.

“Suicidal ideation refers to thoughts about committing suicide. It varies along a continuum,” Steven Meyers, a professor of psychology at Roosevelt University in Illinois, told HuffPost. “Passive ideation is when someone thinks that others would be better if they weren’t alive. Active ideation means that the person is developing a plan to harm themselves.”

Meyers noted that brief moments of suicidal ideation are “fairly common among children and teenagers” as well as adults, and most won’t self-harm. But it can be challenging to determine how evil a person’s thoughts are.

That’s just one reason why it is so challenging for mental health professionals to get an accurate sense of how many children grapple with suicidal ideation — compounded by the fact that many children don’t open up about their feelings, and when they do,,, they’re sometimes brushed off.

Still, anecdotal evidence suggests that suicidal ideation is on the rise. And while not all children who have suicidal thoughts go on to harm themselves, suicide remains a leading cause of death among children age 10 and up in this country, and suicide attempts among adolescents have increased significantly during the pandemic.

This information is difficult to hear. But it’s not meant to unnecessarily frighten parents. Instead, it simply helps illustrate how widespread this issue is. As Clark Flatt, president of the Jason Foundation ― a nonprofit that he and his family began after his younger son, Jason, died by suicide ― previously told HuffPost, this is something every parent should be aware of. “I see it all the time — parents will read about suicide or hear about a study like this and say, ‘Gee, that’s a terrible thing. How sad for those families.’ But they have what I call not-my-kid syndrome.”

Even very young kids can have suicidal thoughts.

Youth suicide, as an issue, is often associated with adolescents and teenagers, but recent studies suggest that anywhere between 2 and 10% of children as young as 9 and 10 have thought about suicide. Research has also shown that children as young as 5 may be at risk of suicide.

That’s why parents need to take it seriously if a young child talks about suicide ― or perhaps even writes or draws about it ― and need to know what signs to look for, including (but not limited to) problems eating and sleeping, becoming withdrawn or isolated, and talking about feeling hopeless.

Don’t wait for these conversations to feel easy.

“The majority of parents will find these conversations really hard, and it is painful to think that your own child could be feeling this level of desperation,” Meyers said. Still, parents need to talk to children about their thoughts and feelings regularly. If you lay that groundwork early, you’re better able to spot more severe problems as they arise.

It’s essential to tailor conversations to a child’s age and ease into such talks. Mental health professionals use a “tiered approach,” he explained.

“It begins with a less threatening talk about negative feelings, frustrations, and mood. When there are evident problems, the wording becomes more specific but does not necessarily feature the term ‘killing yourself,’” he said. “Most therapists will focus on passive suicidal ideation by asking questions like, ‘Have you ever felt like just giving up?’”

Again, if the thought of having this kind of direct conversation puts your stomach in knots, you’re not alone. It’s painful, as a parent, to admit your child is struggling, said Jenni Torres, senior vice president of curriculum and instruction at Waterford.org, an early education nonprofit. Torres was a teacher in New Orleans during Hurricane Katrina and is a mom herself.

“We might feel guilt or anxiety that we as parents have somehow failed,” she said. “But at the end of the day, we need to know that our child’s well-being is the most important thing. And we don’t need to be ashamed about having these conversations and about saying that we’re struggling.”

There’s a myth that talking about suicide or self-harm “somehow can inspire a child” to hurt themselves ― but “this is false,” Meyers said. “These conversations, although they are difficult, are the early warning system that families have. They allow parents to pivot into action and find a therapist for them right away when it is needed.”

If you don’t know where to start finding a therapist, reach out as soon as possible to your child’s pediatrician, or even their school, which should be able to connect you with resources.

“Only positive things come out of having a powerful relationship with your child’s teacher,” Torres said.

But this problem shouldn’t just be on parents to ‘solve.’

Yes, parents have an essential role in talking to their children about mental health issues and supporting them as problems arise. The recent emergency declaration makes it clear we’re in an all-hands-on-deck moment.

“The emergency declaration really does draw attention to the spike in mental health issues occurring now in children and adolescents because of the continuing stresses associated with the pandemic,” Meyers told HuffPost. “The language of an emergency declaration is clear and compelling — there are dire consequences if ignored.”

Still, he said, it is not solely on parents to address the crisis — and he emphasized that parents are not expected to be mental health professionals, nor should they be. “Parents need to be on the lookout and be prepared to address their children’s psychological problems,” Meyers said. “However, this emergency declaration also has societal implications. There is a shortage of mental health providers in some communities who can work with clients right away.”

The emergency declaration calls for broadened prevention programs in schools and primary care and more significant federal funding so all children can access mental health professionals. According to one recent study, roughly one child psychiatrist is available for every 10,256 kids in the U.S.

If you or someone you know needs help, call 1-800-273-8255 for the National Suicide Prevention Lifeline. You can also text HOME to 741-741 for free, 24-hour support from the Crisis Text Line. Outside the U.S., please visit the International Association for Suicide Prevention for a database of resources.