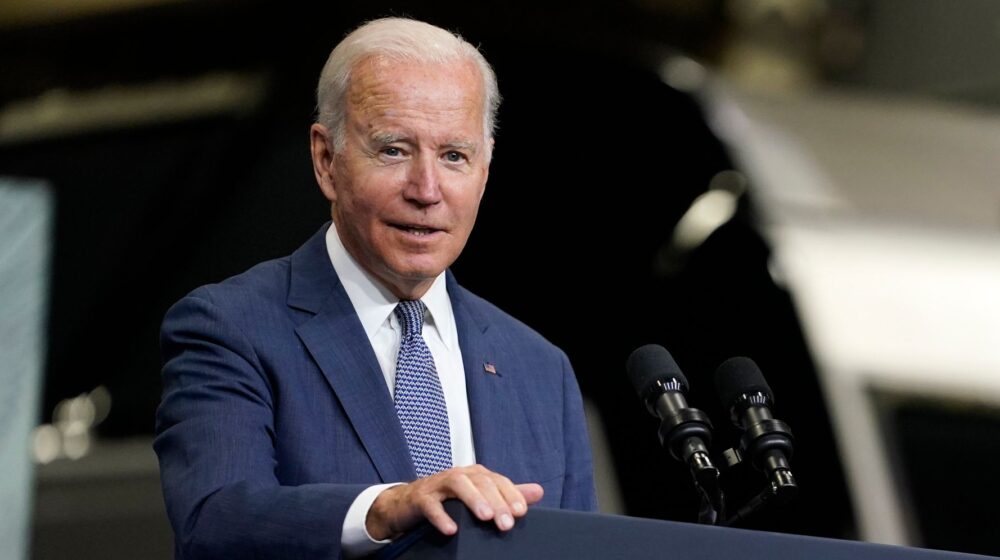 On Thursday, President Joe Biden’s administration released details about its new vaccination rule for large employers, setting a Jan. 4, 2022, deadline for workers to get their shots.

Workers who choose not to get vaccinated will be required to provide proof of a negative COVID-19 test weekly.

The rule, which will be enforced by the Occupational Safety and Health Administration, will apply mainly to private employers with 100 or more workers company-wide. The White House estimates that the requirement will cover 84 million workers.

Employers will have to provide paid time off for workers to get their shots.

Jim Frederick, deputy assistant secretary of labor for occupational safety and health, said Thursday that the U.S. had made significant progress on vaccinations but still had work to do.

“There are still so many workers who are not protected and remain at risk of being seriously ill or dying from COVID-19,” he said on a press call.

The new rule technically goes into effect on Friday, but it will be 30 days before specific provisions begin, including requiring employers to enforce masking in the workplace. After 60 days, workers will have to show their vaccine cards or other documentation or show testing results.

The rule, known as a temporary emergency standard, has been in the works for months. But OSHA officials said they wanted to give employers more time to prepare, hence the Jan. 4 deadline.

Seema Nanda, the Labor Department’s solicitor, said the administration believed it was on sound legal grounds for issuing the rule. It will apply anywhere OSHA has jurisdiction, and states that run their own occupational safety, and health programs will be required to implement a standard equally as strong. Many Republican states have vowed to fight the rule in courts.

“The Occupational Safety and Health Act … gives OSHA the authority to act quickly in an emergency where the agency finds workers are subjected to a grave danger, and a new standard is necessary to protect them,” Nanda said.

Citing the roughly 750,000 deaths from the coronavirus in the U.S., Nanda said COVID-19 “is clearly a health hazard that poses a grave danger to workers.”

Although the rule applies mainly to the private sector, government employers will follow it in states where OSHA has jurisdiction.

Asked why the administration limited the rule’s applicability to firms with 100 workers, Frederick said they felt large employers would have the administrative capacity to quickly implement it.

“It will reach all the largest workplaces where the worst outbreaks have occurred,” he said.

However, Nanda noted that the rule is currently going through a comment period during which the public can weigh in. She said the administration would consider broadening the law to cover small employers.

Employers will not be required to cover the costs of testing for workers who aren’t vaccinated. Frederick said the rule “does not preclude employers” from taking disciplinary action when workers do not get vaccinated or provide proof of a negative COVID-19 test.

The rollout of the vaccine rule drew praise from Democrats and criticism from Republicans.

Rep. Virginia Foxx (N.C.), a ranking Republican on the House Committee on Education and Labor, called the emergency rule “egregious.” “Biden wants the federal government to control every aspect of American workers’ and business owners’ lives,” she said in a statement.

“This workplace safety standard is an essential step toward helping workers stay safe on the job, putting us on the path to ending this pandemic, and keeping our economic recovery on track,” Murray said in a statement.