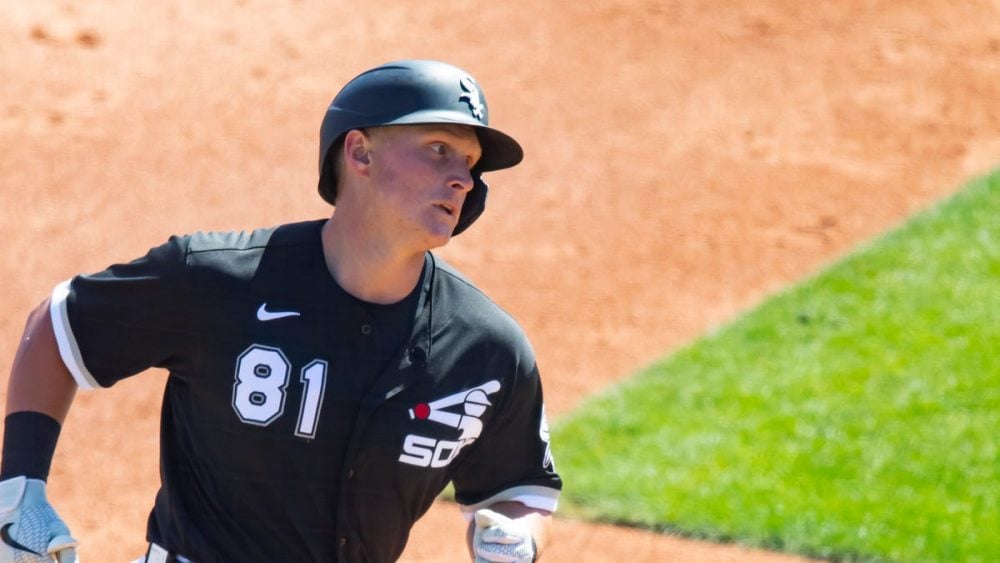 PHOENIX — The Chicago White Sox were hoping to lock up prized prospect Andrew Vaughn to a long-term contract before he makes his major-league debut.

The affection and enthusiasm for the first baseman/DH have not.

The White Sox refuses to follow other teams and play the service-time manipulation game by keeping Vaughn in the minors. Now barring injury, Vaughn is expected to be on their opening-day roster as the primary DH.

Vaughn, 22, who has never played above Class A, has dazzled the White Sox all spring, and so it seems the only uncertainty remaining is the exact day the White Sox tells him he’s made the team.

“We’d like to have that message coming from the manager,” White Sox vice president Ken Williams says, “and not me through USA TODAY.””

Tony La Russa, who made his major-league managerial debut with the White Sox 19 years before Vaughn was born, heard nothing but praise from the front office to the clubhouse attendants about Vaughn since the day he returned to the White Sox.

“They all raved him about him,” La Russa said, “and now I’m raving about him. I know he’s never played higher than whatever it is (high-Class A Winston-Salem), but boy, he takes excellent at-bats, makes fantastic adjustments. He’s got all of the qualities.

“He does things that excellent hitters do. He can handle pitches, he really competes, never throws an at-bat away, uses the whole field. And he’s got thump.”

100 MLB NAMES TO KNOW: These are the rising stars in baseball

‘WE SCRUBBED A LOT OF TOILETS:’ Meet the new first family of baseball, the Minassian’s

So, he’s definitely on the team?

“He hasn’t made the club yet,” La Russa said, “but he’s making an excellent impression.”

Vaughn indeed has April 1 noted on his calendar, as that would be the day he makes his major-league debut, with the White Sox scheduled to open the season at Angel Stadium in Anaheim, 454 miles from his hometown of Santa Rosa, California.

“It crosses your mind for sure,” Vaughn told USA TODAY Sports. “Ever since playing Wiffle ball in your backyard, you dream of being a big-league player, and I’m hopeful of being able to do that.

“But my goal can’t just be on making the team on the first day. I want it to be where I continue playing every day for a lot of years.”

The way the White Sox envision it, Vaughn will be an integral part of the middle of their lineup for a long, long time.

They believe he’ll be a star and have discussed a long-term deal with Vaughn that will cover most of this decade. And if Vaughn doesn’t sign by April 1, the White Sox insist that’s fine, too. There will be plenty of time to revisit talks, with no repercussions by deciding to wait.

“We understand the service-time issue that plays here,” Williams said, “but our feeling is that when you’re ready to help the major-league club, there’s a spot for you. We’re trying to put the best team out there. We have proven that over and over again.

“I think there is a residual effect if you play those typetypesservice-time games. As a former player, maybe I’m a little more sensitive to it than others. If you do that, the player and the agent don’t forget any time soon. Should you want to negotiate a contract down the line, or the guy becomes a free agent, I think that works against you.”

Indeed, George Springer never forgot that the Houston Astros kept him in the minors to open the 2014 season when he should have been on the big-league team, and when he became a free agent last winter, bolted for the Toronto Blue Jays.

The Major League Baseball Players Association filed a grievance against the Chicago Cubs on Kris Bryant’s behalf for delaying his career in 2015. He’ll be a free agent this winter instead of last year.

“I’m not worrying about any of that stuff,” Vaughn said. “I’m just having a blast playing baseball again, being around these guys, with a culture that’s all about winning.”

Vaughn, who attended Cal-Berkeley, has just 245 plate appearances in the minor leagues. He spent last summer working out at the White Sox’s alternate camp in Schaumburg, Illinois. While it would have helped to play an entire minor-league season if not for the pandemic last year, Vaughn said he believes the experience enhanced his development.

FANS IN THE STANDS?: A team-by-team look at 2021 plans to allow fans

“I thought it was beneficial,” Vaughn said. “We got to face elite pitchers on our team every day. Sometimes, you’d get six, seven, eight, nine at-bats a day. It really helped to see upper-echelon arms every day.”

“I am not at all surprised what he’s doing,” Williams. “Since we started scouting Andrew Vaughn at Cal and then got him into our system, at the alternate site, and now in spring training, he just gives you one of the most consistent approaches that I’ve come across in all of my years, actually.

“I don’t even know what his spring training numbers are, but I know how many consistent at-bats he’s had. He’s probably had the most consistent at-bats in our camp. He has such attention to detail, what the pitchers’ game plan is, what they plan to do with him, and it’s only going to get better.”

It’s unfair, La Russa says, to start comparing him to other rookies who created this kind of first impression in spring training. Still, Vaughn certainly is in the conversation with Albert Pujols and Mark McGwire under La Russa’s watch.

“He’s an incredible young talent,” White Sox outfielder Adam Engel said. “One of the purest hitters I’ve ever seen. He probably has a better (plate) rhythm than anyone I’ve ever seen, especially at his age. It’s so smooth and always timed up. Man, this guy is getting the best swing every single time.

The most significant adjustment for Vaughn will be learning to handle being a primary DH. He’s a solid defensive first baseman, but first base belongs to reigning MVP Jose Abreu. The hope is for Vaughn to play in the field around two days a week, and he has also worked out this spring in the outfield and at third base.

“It’s always a concern because you look at a lot of veteran guys from the National League that go into that DH role in the American League,” Williams said, “and struggle with it. We are aware of that. Tony is very aware of that. So we’re fortunate we have a team guy like Jose Abreu that understands that and says, ‘Hey, this guy is pretty good over at the first base. the ‘ ”

Vaughn said he’s preparing himself for any role, and working every day with Hall of Famer Jim Thome, a White Sox assistant, is a privilege, helping him understand the nuances of life as a DH. Thome, in turn, calls Vaughn an “awesome kid” and “loves his work ethic.” Indeed, the White Sox could use him. Their DH spot combined for a slash line of .157/.250/.377 last year.

“It’s like learning a new position,” Vaughn said. “You can’t just hit, and sit on the bench for eight batters, get cold, and not get ready. You have to stretch, stay warm and be mentally focused prepared.”

Chicago can be awfully cold in April.

But it’s going to feel a whole lot warmer than starting the year in any minor-league city.

Vaughn has proven this spring that he belongs in the big leagues.

He knows it. The White Sox know it. And soon, all of baseball will know it.