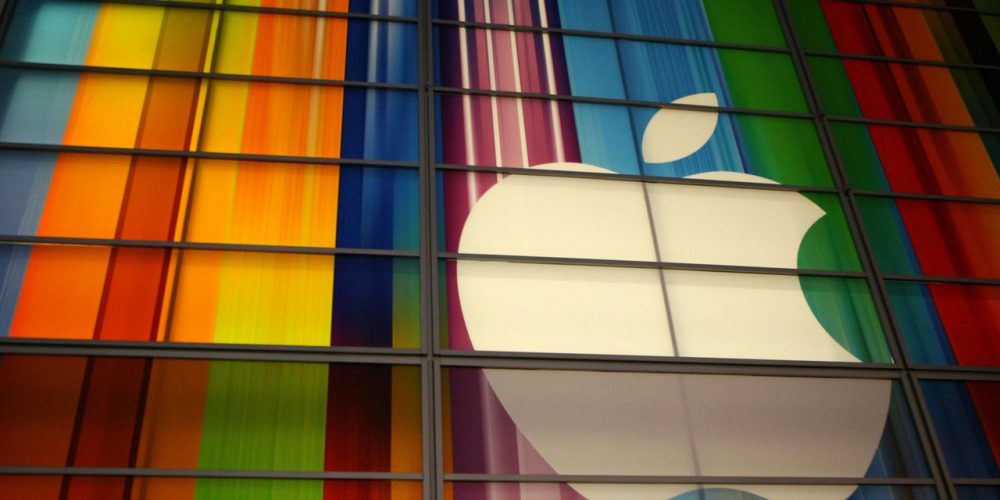 Apple Inc.’s stock isn’t getting much love from investors even after the company delivered what one analyst described as “blowout” results for its March quarter.

Shares of the smartphone giant were down 0.7% in midday Thursday trading, reversing course after earlier gains of as much as 2.6%, following a fiscal second-quarter report in which Apple
AAPL,
-0.36%
easily topped expectations across all of its product categories, with surging demand for the new iPhone and continued strong momentum for the iPad and Mac businesses amid the remote-work boom.

Despite the strong results, there are questions about how long Apple’s hot streak can continue. Leaving aside issues like supply constraints, which Apple estimates could have a $3 billion to $4 billion negative revenue impact on its June-quarter results, some analysts have expressed that Apple’s booming performance during the pandemic could mean tough comparisons later in the year.

Opinion: Apple’s Mac is back with record sales — but how long can that last?

Bernstein analyst Toni Sacconaghi wrote that “ironically, Apple’s Q2 may have been TOO good,” since the company “will be staring down tough [comparisons] in essentially every business in FY 22 & next year’s iPhone 13 cycle is likely to be evolutionary/more muted.”

Sacconaghi expects that it will be difficult for Apple’s business to grow in fiscal 2022. He currently models revenue to be “fractionally” down from his fiscal 2021 projection but cautions that “it could be worse.”

He has a market perform rating and a $132 price target on the stock.

Bank of America’s Wamsi Mohan also sees “a tough bar” in fiscal 2022 as he considers what the future may hold for Apple. The company may see its strength persist into the June and September quarters of fiscal 2021, but comparisons in December will be steep. Then the next March quarter’s results will be up against the 54% revenue growth that Apple reported Wednesday afternoon.

He maintained a neutral rating on the stock while boosting his price target to $160 from $155.

The latest numbers were enough to get one formerly skeptical analyst to throw in the towel on his bearish call, though he wasn’t ready to turn entirely positive on Apple’s prospects.

“Our original view that the iPhone cycle would disappoint amid COVID was clearly wrong,” wrote Goldman Sachs analyst Rod Hall in upgrading the stock to neutral from sell. “Not only has Apple done better than we expected on iPhone during the cycle, but Mac and iPad have also materially outperformed our forecasts. IPad demand is so strong that the company believes they will leave $3 billion to $4 billion of revenue on the table in FQ3 to June.”

Hall declined to turn bullish on the name, writing that “to be more constructive on Apple’s stock, we would want to see evidence that current high levels of demand are sustainable well into 2022.” He would also be looking for “faster-than-expected growth in services as an incremental positive, assuming margins remain stable.”

Others were more upbeat, including Raymond James analyst Chris Caso, who wrote that he’s still bullish on the next iPhone cycle.

“Our analysis suggests iPhone margins are now about 5% better than the past few cycles, which has been driven by customers’ preference for the higher-end, more expensive models,” he wrote. “We think there’s no reason to believe that will change for the fall cycle. But what’s likely to change is that unit sales will be better.”

In Caso’s view, the momentum for the iPad and Mac businesses may be more brutal to sustain. However, for the purposes of comparisons, supply constraints could actually help Apple’s future optics, he suggested.

While remote-work trends have contributed to Apple’s strong Mac and iPad sales, new product introductions have also helped, he argued. “The fact that those products have been supplied constrained would help to create a softer landing if those categories were in fact to slow post-pandemic.”

Caso has an outperform rating on the stock and boosted his target to $185 from $160.

Apple’s earnings “highlighted the trifecta of – a) accelerating iPhone demand with 5G, b) expansion of gross margins and c) better monetization of services,” he wrote. “The combination of these factors continues to imply a >$5.00 EPS potential for Apple.”

Daryanani has an outperform rating and a $175 price target on the stock.

According to FactSet, at least 12 analysts raised their price targets on Apple’s stock following the report. Of the 42 analysts tracked by FactSet who cover Apple’s store, 30 have to buy ratings, 10 have hold ratings, and two have sell ratings, with an average price target of $157.58.

Shares have gained 1.7% over the past three months as the Dow Jones Industrial Average
DJIA,
+0.13%
has risen 13%.