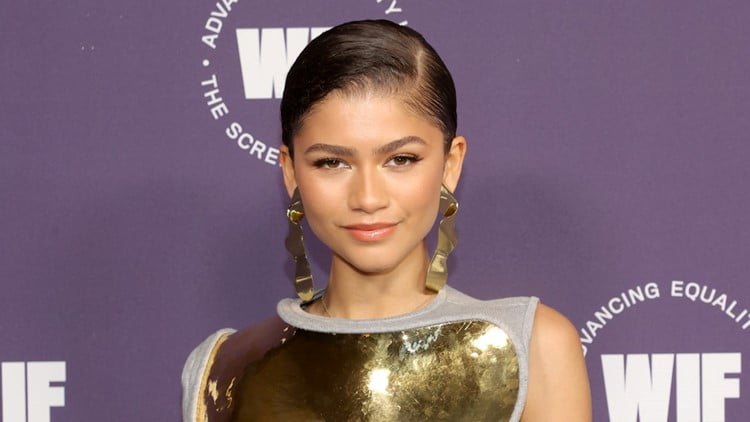 Zendaya has stunned fans with a risqué, statement-making outfit, and the designer of the bold gown has shared the unique way they got the fit just right.

Fronting up to the premiere of her latest film, Dune, the 25-year-old’s bespoke leather gown was crafted using an “exact model” of her bust, which French fashion house Balmain confirmed via Instagram.

Zendaya paired her with towering Christian Louboutin heels in the same nude shade and wore her hair slicked back and styled in a wet-look manner.

While Zendaya is no stranger to causing a scene on the red carpet, her daring nude look is in stark contrast to her earlier ‘business-casual outfit. Wearing an outfit from Valentino, she paired a white shirt dress-like gown with a statement pink bow, completing the looks with an oversized black blazer.

Zendaya was also seen with her Dune co-star Timotheé Chalamet, with early reports their film received a six-minute standing ovation at its premiere.

The sci-fi film is a 2021 remake of a 1984 classic and novel wrote by Frank Herbert in 1965. Set in the future, it follows the drama between rival noble families who fight for control of the harsh desert planet of Dune.

The film will be released in Australian cinemas on December 2, despite a global release date penned for October. It also starred Oscar Isaac, Rebecca Ferguson, Jason Momoa, Dave Bautista, Stellan Skarsgard, Josh Brolin, and Javier Bardem and was directed by Denis Villeneuve.